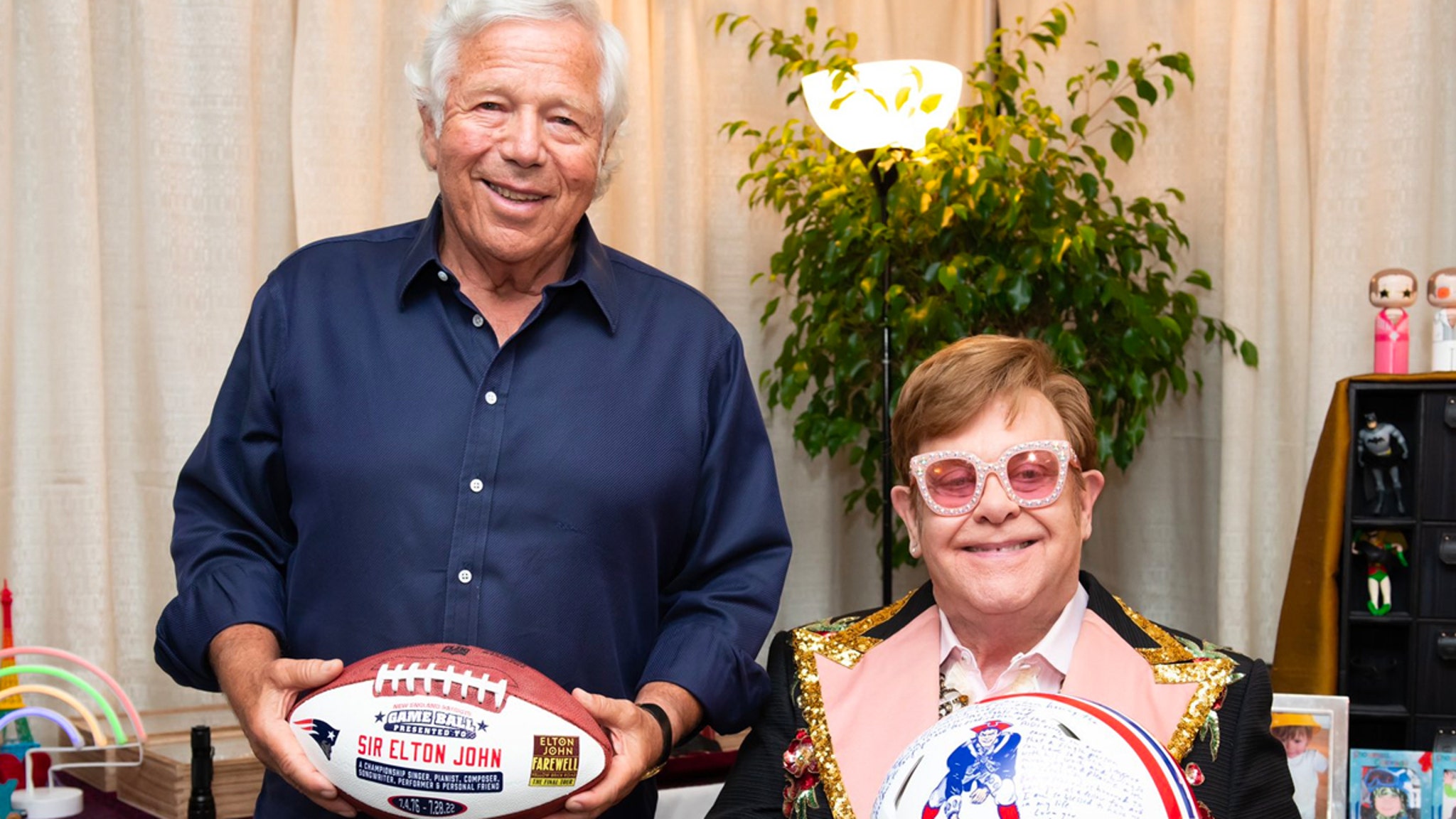 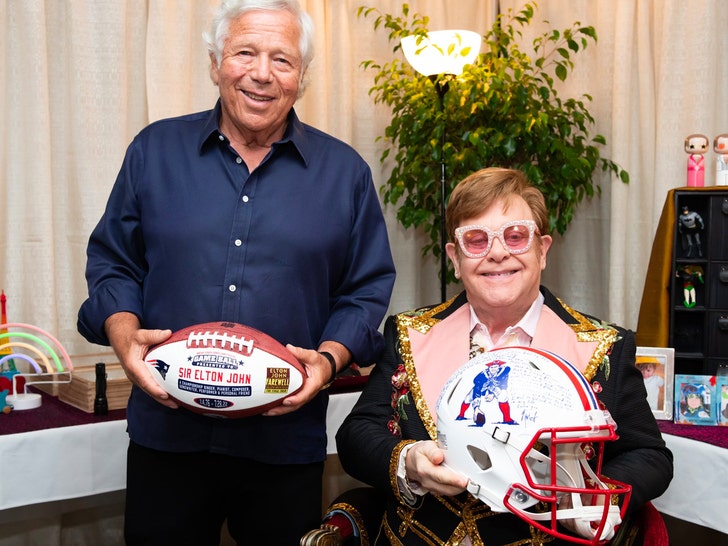 The team posted the touching moment on social media Thursday … showing Kraft and Sir Elton sharing a smile and holding the presents before the second of two sold-out shows at the Patriots’ home venue. 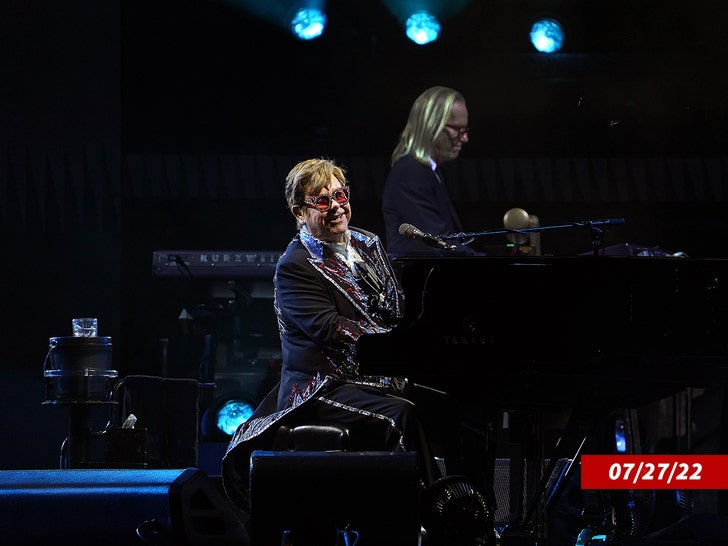 As it turns out, the two are very close friends … and John is a big fan of the 6-time Super Bowl winners. In fact, the “Tiny Dancer” singer even served as the Pats’ honorary captain when they played at Wembley Stadium in 2009.

The commemorative game football reads “Sir Elton John” and the tour’s logo … while the helmet appears to have a special hand-written message from Kraft to his buddy.

The “Farewell Yellow Brick Road” tour is Elton’s last go-round in North America … which means Thursday night was the last time he’ll headline at Gillette — that is, unless he pulls a Tom Brady.