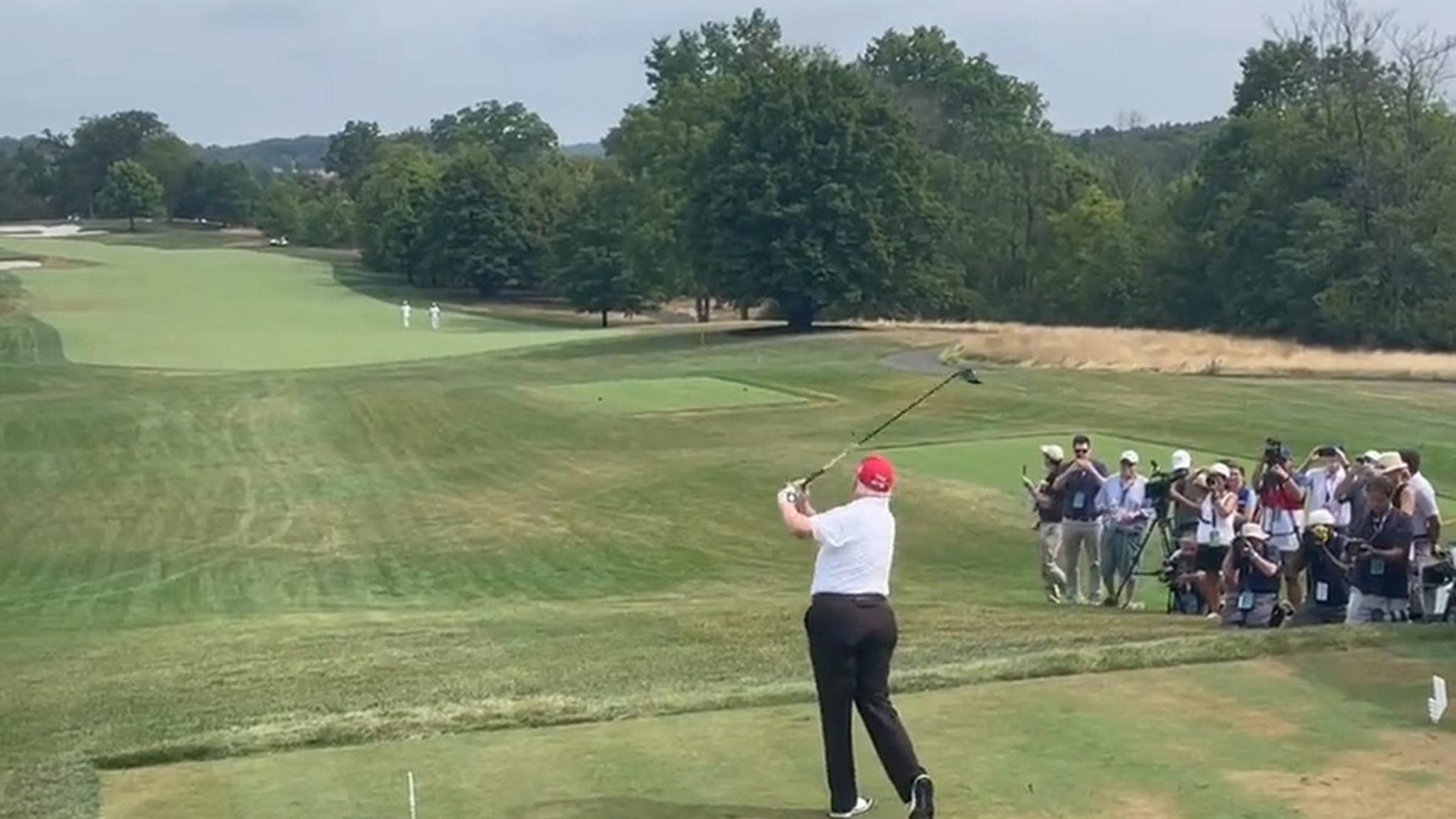 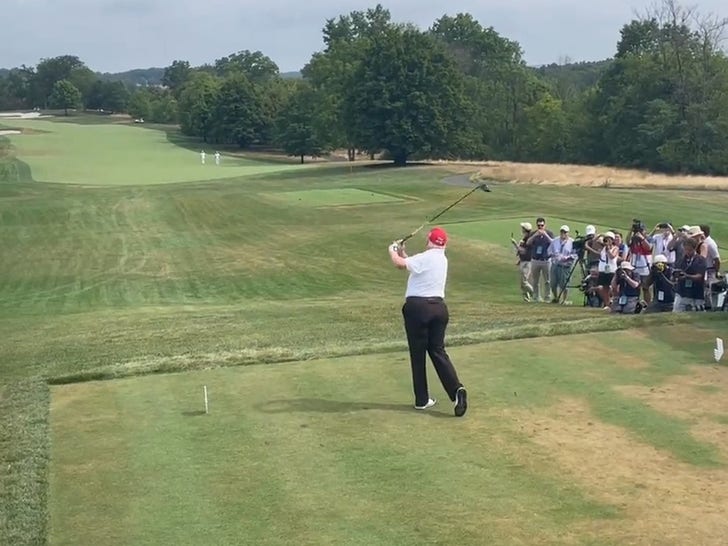 Donald Trump just teed off in the LIV Golf pro-am with Dustin Johnson and Bryson DeChambeau … hitting the fairway with his opening drive.

Trump hit the course with the golf superstars — kicking off the big event, which is going down at his Trump National Golf Course in Bedminster, New Jersey.

Donald didn’t seem to be nervous about playin’ alongside some of the best in the world — he piped his drive so well, he didn’t even need to see its ball flight, immediately reaching for his tee after giving it a ride.

Right side of the fairway off the first tee for the former president of the United States.

According to reporters on the scene, Trump’s ball landed comfortably in the fairway — setting the 76-year-old up for an easy second shot.

“Glad that’s over with,” Trump joked after hitting his ball.

Trump, DeChambeau and Johnson will also be playing alongside Eric Trump for Thursday’s round.

Donald Trump tees off at the LIV Golf pro-am pic.twitter.com/1Buzj40Psp

The event will also feature a bunch of other celebs and athletes — most notably Caitlyn Jenner, Charles Barkley, Chris Harrison and Brian Urlacher.

No word on who’s the favorite among the amateurs — but something tells us Donald’s going to have a leg up … if he doesn’t get caught cheating on the course, that is.