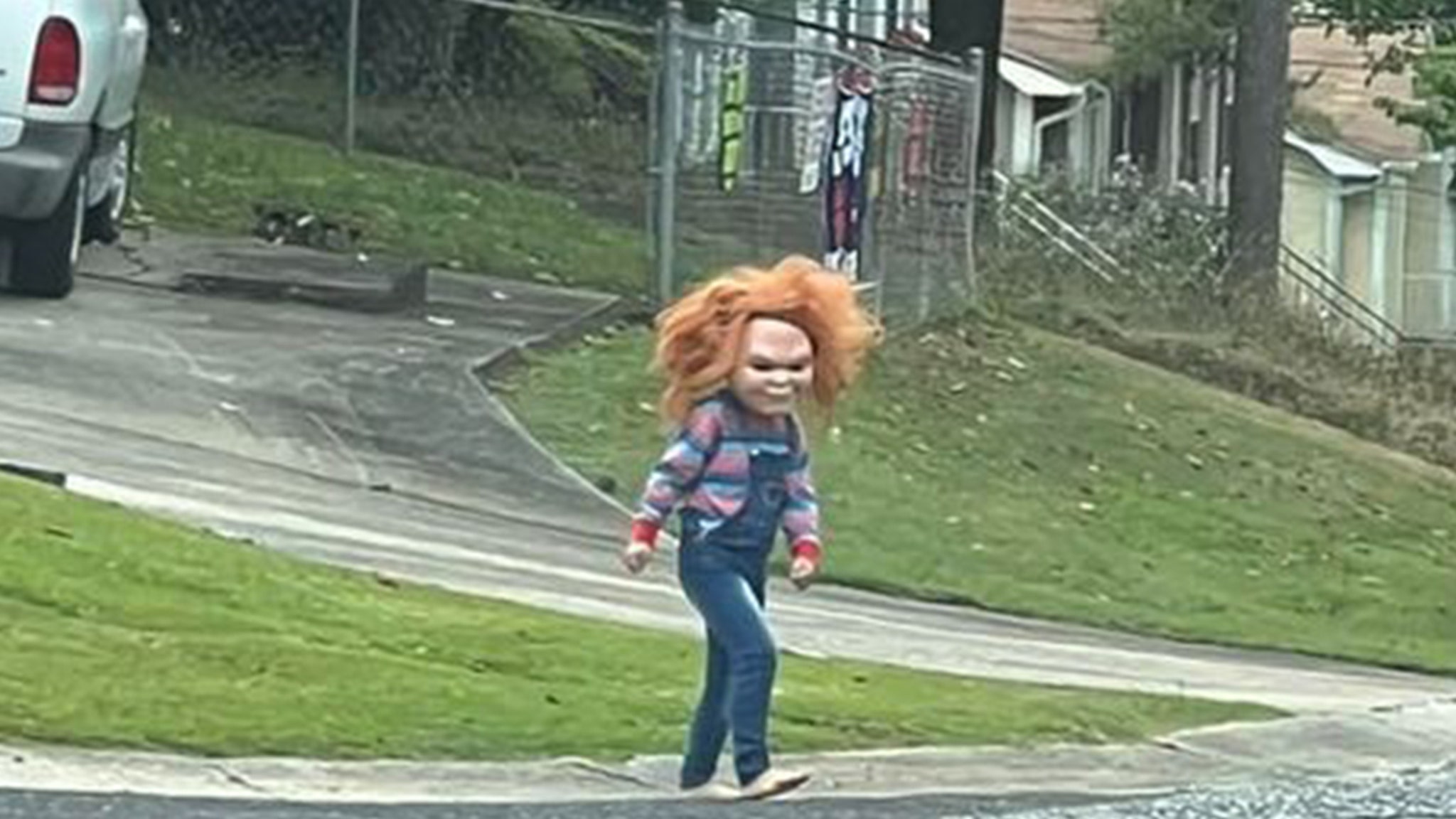 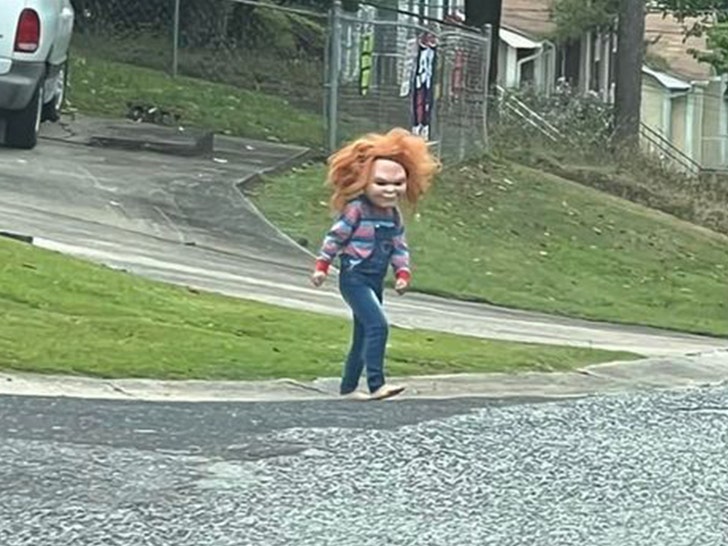 Chucky might be real after all — that is, if you take a passing glance at these photos … which certainly make it seem like he’s alive and on the move.

A 5-year-old boy named Jackson has been freaking people out in Pinson, Alabama this month … roaming the streets for a “neighborhood watch” that he apparently likes to do in costume — this according to his mom, who spoke to a local TV station. 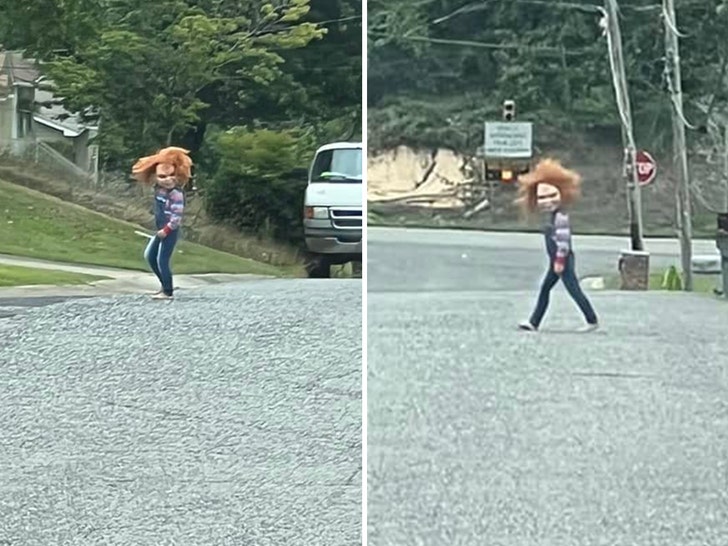 That getup, as it turns out, is his Halloween costume from last year — Chucky the Killer Doll, from the “Child’s Play” franchise … and it might be a little too lifelike, ‘cause it’s been scaring the crap out of some residents!

These photos of Jackson walking around as Chucky were posted on Facebook — with someone asking the parent(s) of this kid to come and wrangle him in … because he’s startling the neighbors. 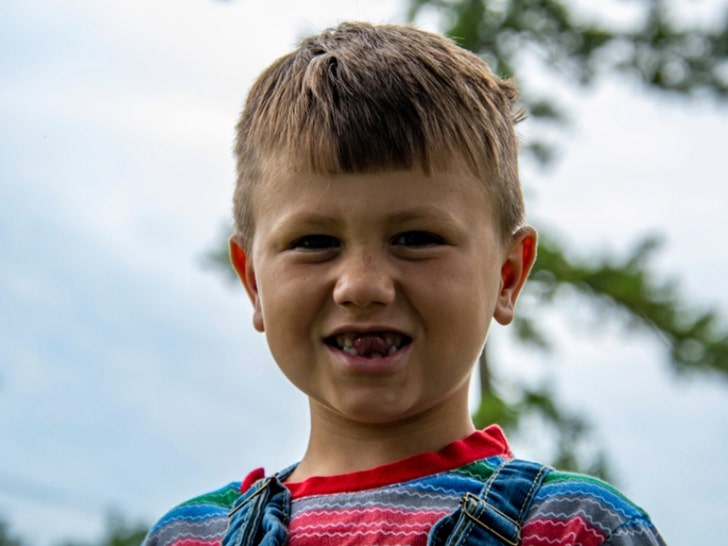 It’s all in good fun, of course — and now that everyone knows who it is, the family is supposedly a little famous … with some party appearance requests even coming in for Chucky/Jackson.

As long as they keep all the sharp kitchenware out of his hands … no harm, no foul. Let’s keep this version of Chucky PG. 😅