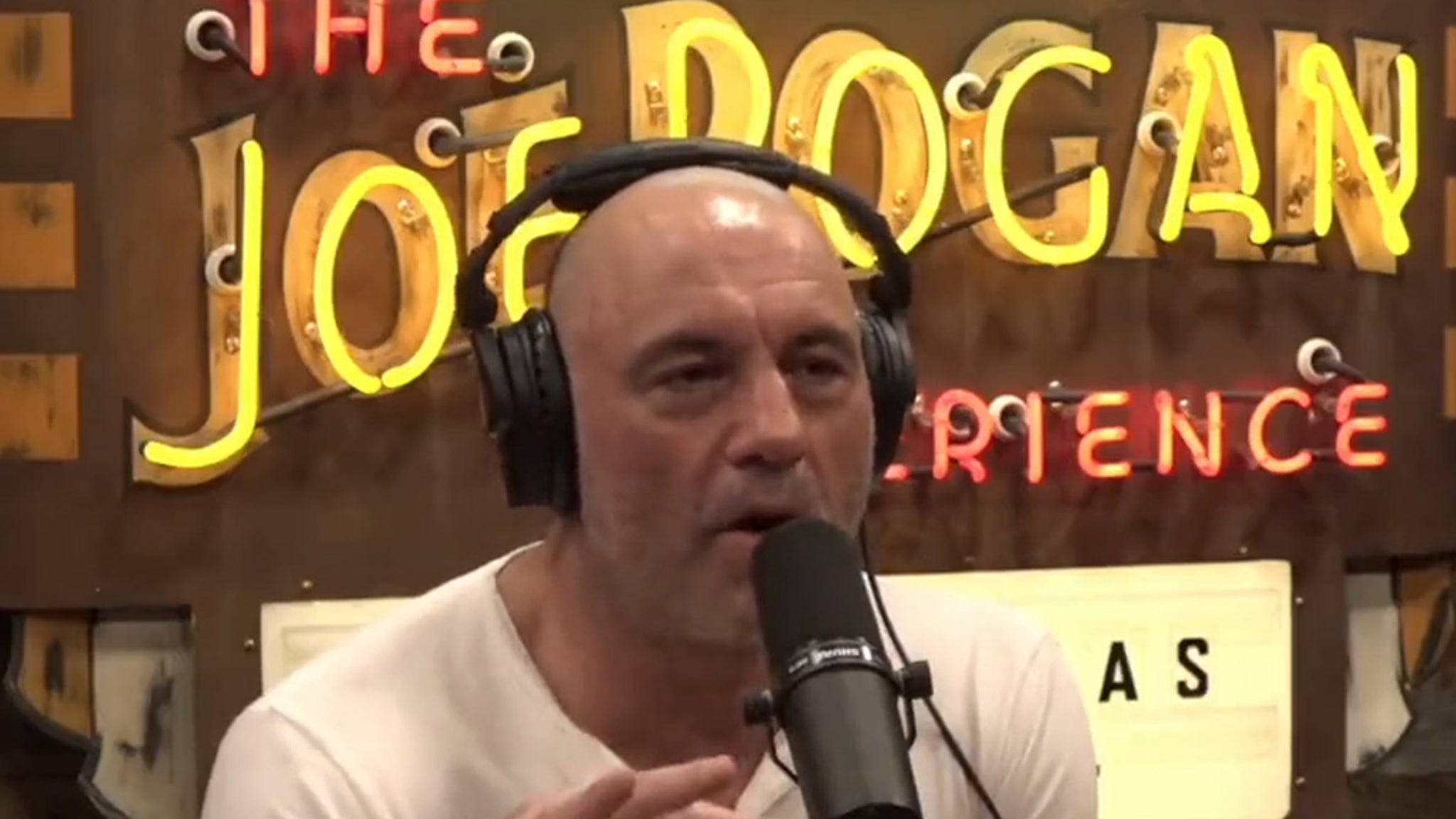 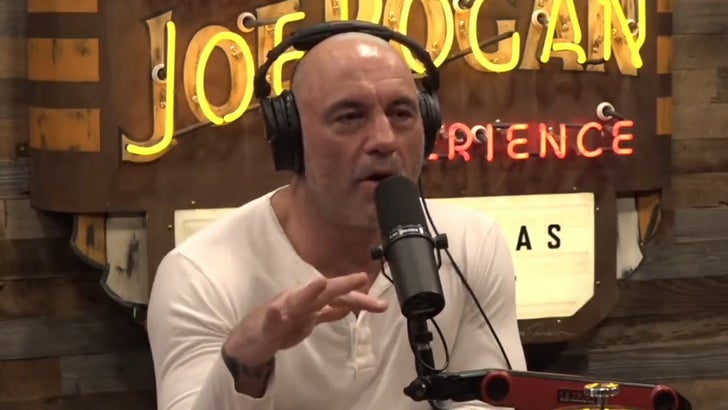 Joe Rogan‘s back in extremely hot water for making a pretty horrific crack about shooting unhoused people in L.A. — and even though he’ll probably say people missed his point, he’s getting ripped for the “joke.”

Joe fired off the comments on the most recent episode of “The Joe Rogan Experience” … he was discussing L.A.’s crisis with comedian Tom Segura, and griping about homeless people’s belongings being strewn around public areas.

Tom chimed in that all that stuff is personal property, and you can be arrested if you attempt to remove a homeless person’s possessions. Rogan’s response is why this exchange has gone viral.

He said, “You’d get arrested. Hilarious. But, they wouldn’t arrest you if you shot somebody. Maybe you should just go shoot the homeless people.” 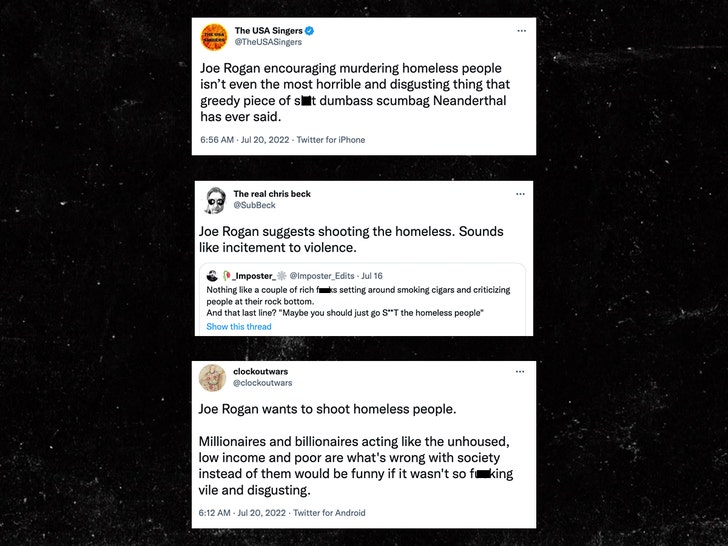 The remark’s stirred a firestorm on social media, where folks are accusing Rogan of inciting violence against people living on the streets. Others have labeled the convo “disgusting,” “repulsive” and tone deaf — joke or not.

Now, the full context — Rogan used that comment as a launching point to complain about L.A. County D.A. George Gascón, who’s been widely criticized for being soft on certain crimes … even when firearms are involved.

That part of his argument is clearly lost now in the uproar over his absurd, yet tasteless, comment.