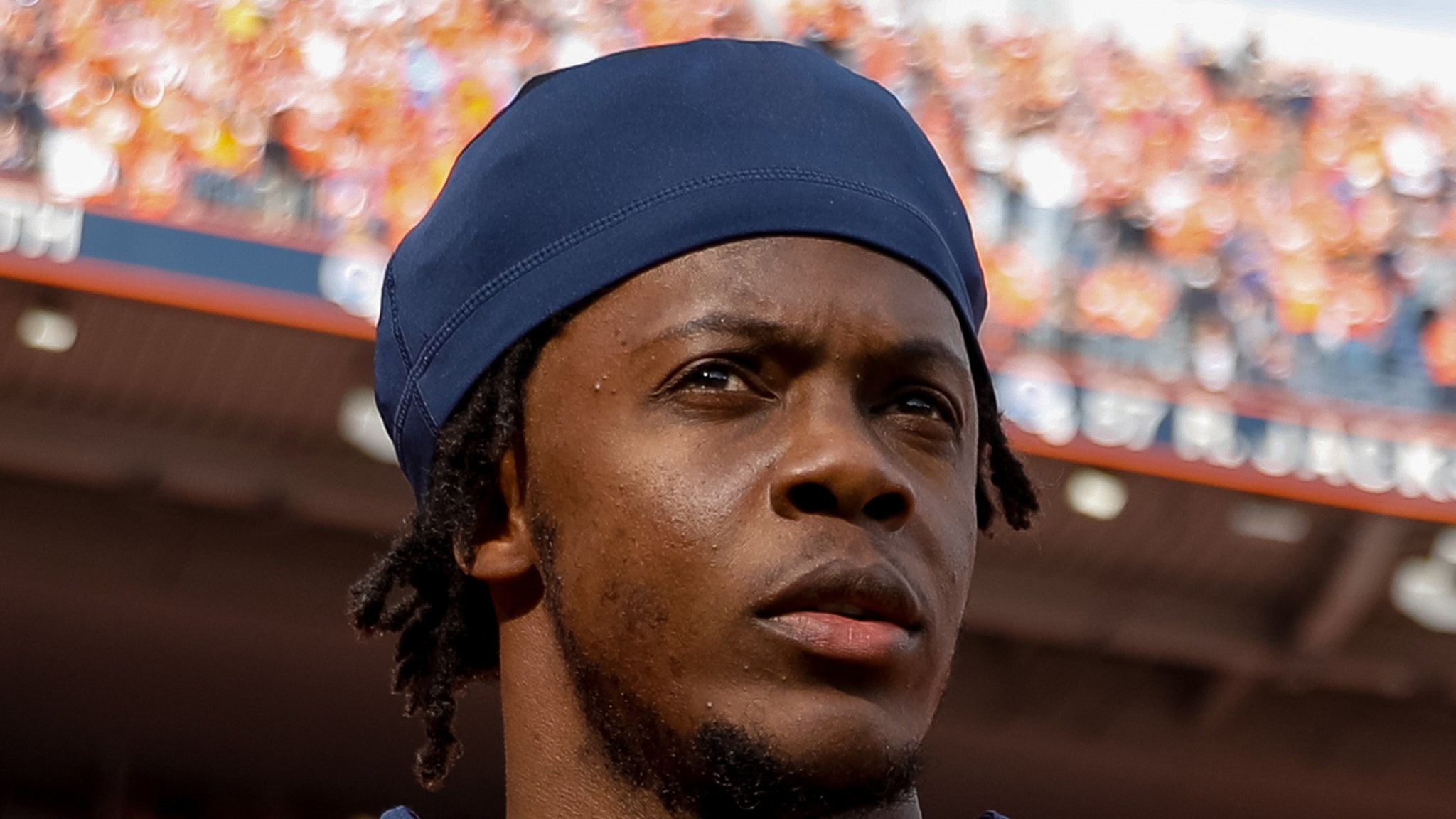 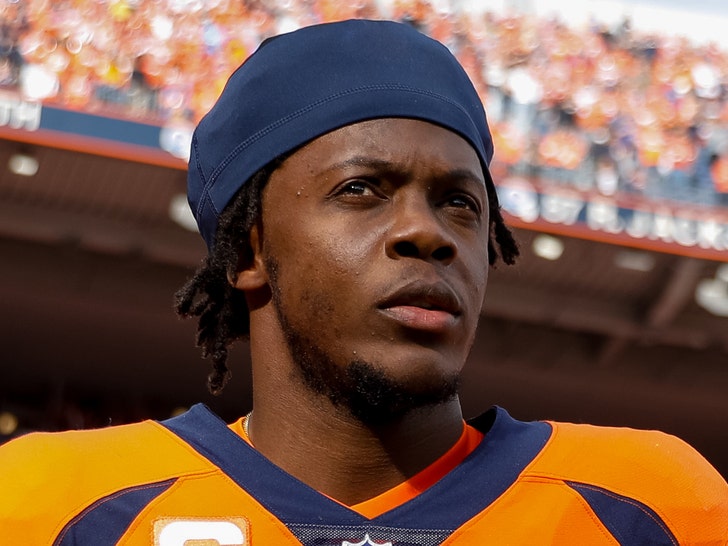 Teddy Bridgewater is calling on his fellow NFL players to quit pretending to be hard and start acting like role models … releasing a lengthy message to all the guys who act “gangsta,” but are really only “football tough.”

The Miami Dolphins QB shared his thoughts on the matter in a social media post on Monday … explaining how he’s annoyed with players who act differently when they reach the top level.

“Tired of seeing football players portray this tough guy image or pretend he’s gangsta,” TB said. “You went to school, attended those classes, and some even got their college degree.”

“So, don’t wait until you inherit this legal money from the league to decide you want to be tough or portray a ‘street image’ cause it’s kids that’s looking up to everything we do.” 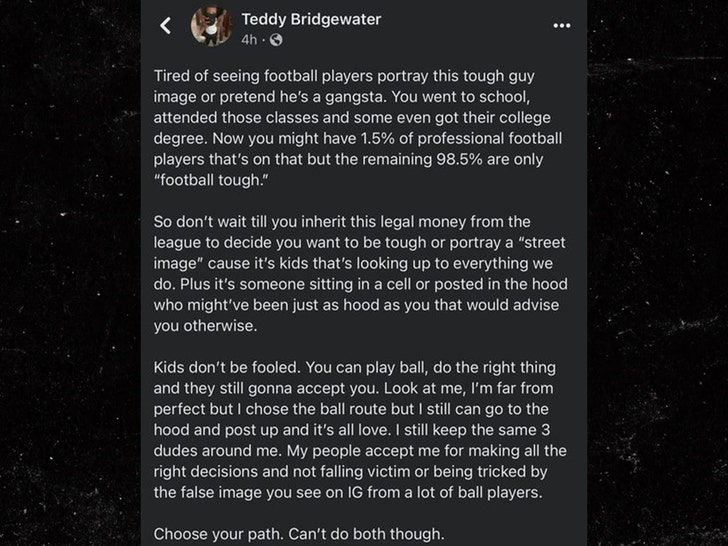 Bridgewater admits there may be a few in the NFL who are really about that life … but, “98.5% are only football tough.'”

At the end of the day, Bridgewater — who graduated from Louisville in 2013 — just wants kids to understand they can play football, go to school, do right and still get love from the people back home. 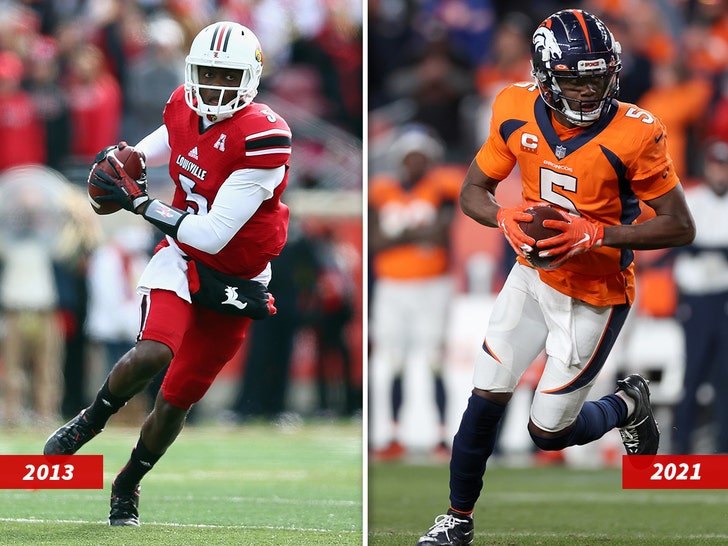 “Look at me,” Bridgewater added. “I’m far from perfect, but I chose the ball route but I still can go to the hood and post up and it’s all love.”

“My people accept me for making all the right decisions and not falling victim or being tricked by the false image you see on IG from a lot of ball players.”

Bridgewater doesn’t just preach to kids in the low-income areas … the 29-year-old also spends time with the youth in his hometown and always gives back with charitable efforts.