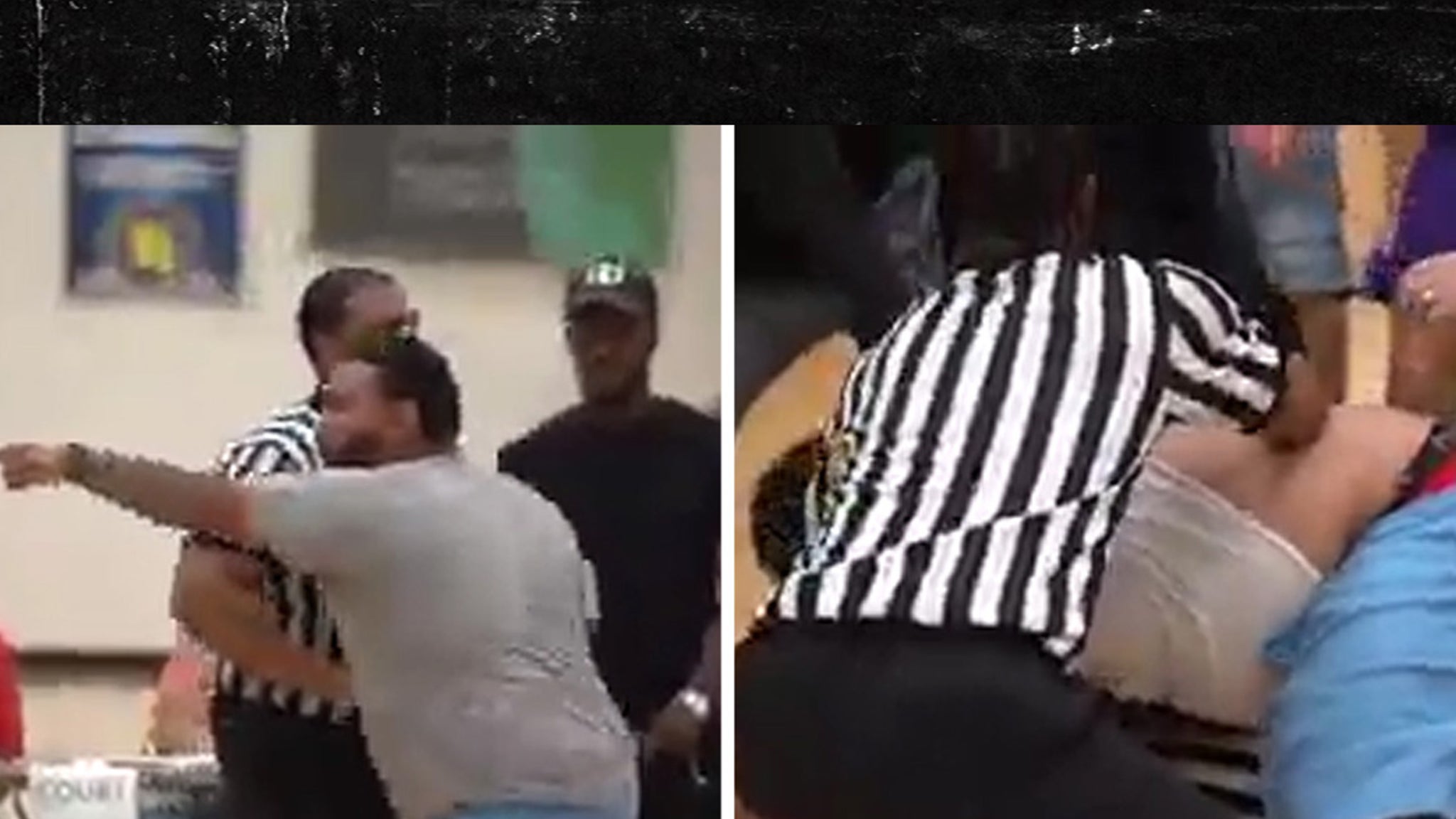 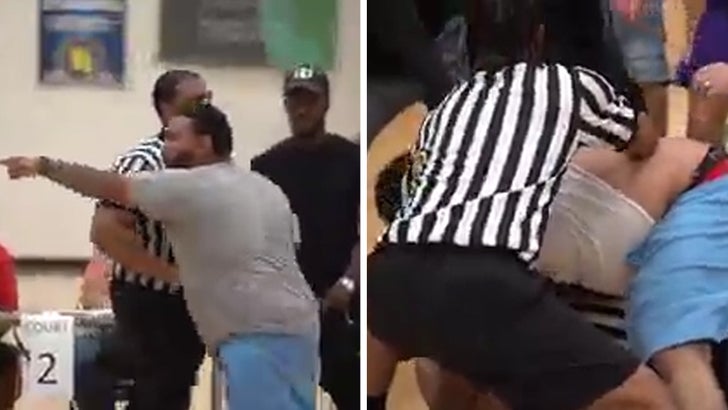 A massive fight broke out at an AAU basketball game over the weekend … when a referee was attacked by several people — including a player — after appearing to throw a punch at a coach during a heated in-game altercation.

The violent incident happened during the Hardwood Classic X RecruitLook Summer Finale in Kansas City … after a coach appeared to lose it over a technical foul call.

In the video, the coach — wearing blue shorts and a grey shirt — gets in the ref’s face after hearing the whistle … and it’s clear he’s beyond frustrated with the call.

The ref then seemingly tried to create distance by putting his arm out, but the guy wasn’t having any of it … appearing to push his hand out of the way.

The referee then threw a right hook — although it’s unclear whether it actually landed — and immediately started backpedaling as a mob of people ran on the court and started chasing after him. 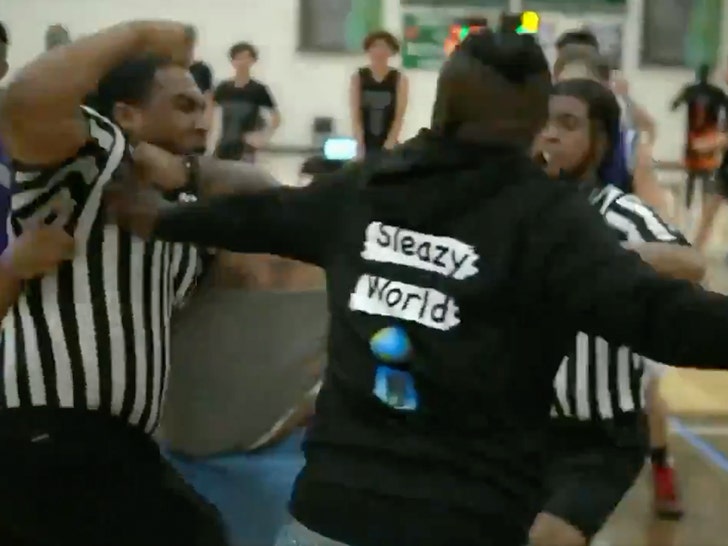 That’s when the brawl broke out … with the ref getting jumped by what appeared to be other coaches, spectators, and even a player, who attempted to kick the official while he was down on the ground.

Unclear if anyone was hurt in the incident … but after the parties were separated, the official stumbled away, falling at one point, and needed to be helped off the court by several individuals.

The man claiming to be the ref posted about the incident on social media … saying, “I had just called a tech right before the camera came to me. That’s why he was pushing up on me like that.”

He added … “And yeah, that coach was just looking for a reason to start something, he couldn’t take the ass whooping like a man.”

We’ve reached out to law enforcement, the AAU, and the teams involved in the incident … so far, no word back.