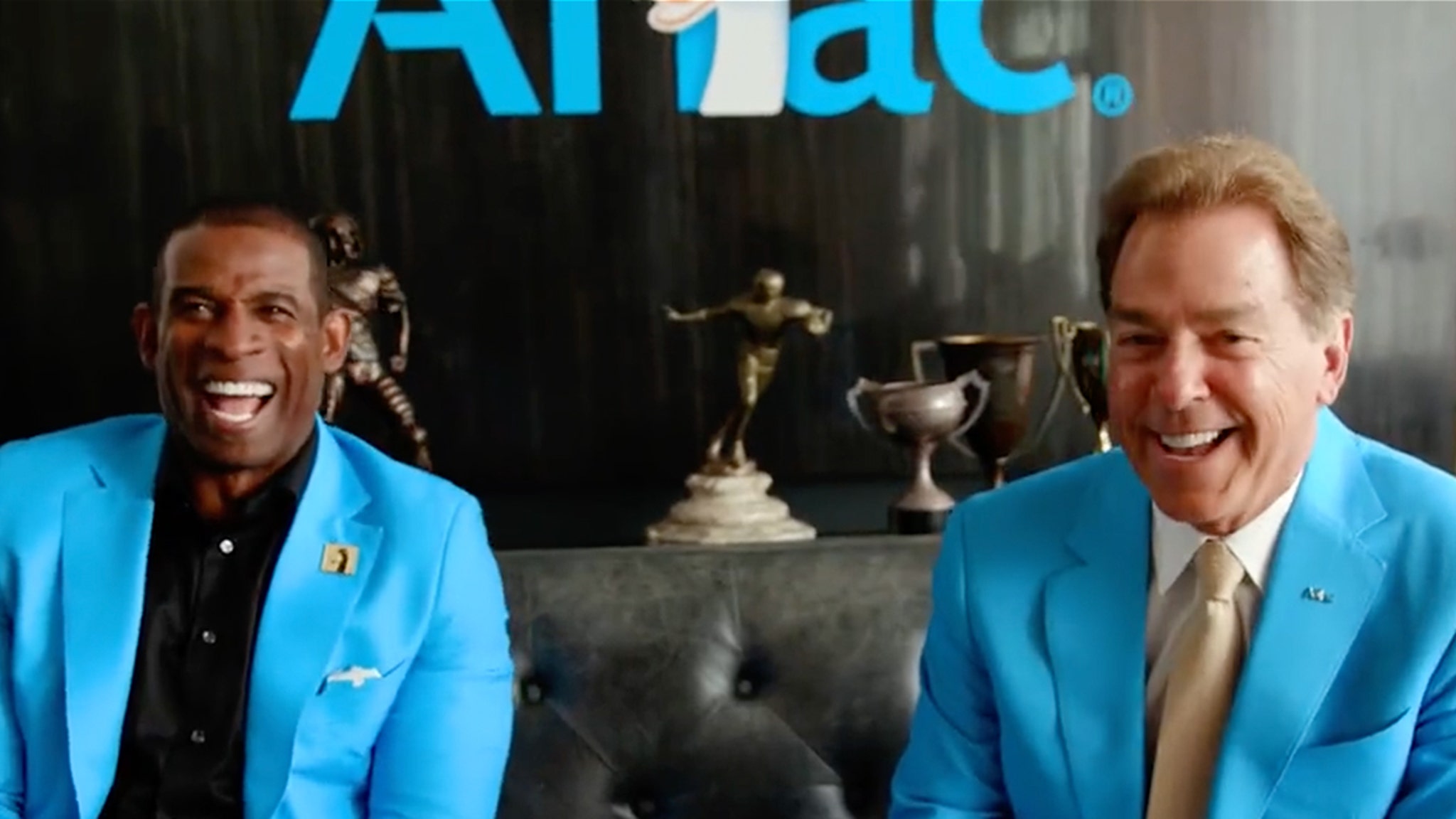 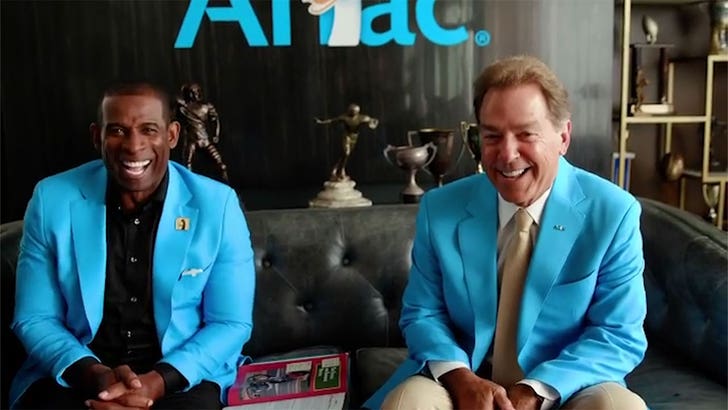 Deion Sanders‘ beef with Nick Saban is over … well, at least that’s the way it appears — as the two coaches were spotted laughing together in a new commercial.

“Prime Time” posted a snippet alongside Saban in an Aflac commercial … and judging from the looks of it, their issues over NIL deals in college football seem to be a thing of the past.

“We’re in Los Angeles, California back on the Aflac set with the G.O.A.T.,” Sanders said in reference to Saban.

“And the duck,” Saban joked while smiling. Sanders responded with a playful jab of his own, saying, “I was talking about you. So, you calling me a duck?”

The war of words between the two Hall of Famers started after Saban accused Deion and Jackson State University of paying Travis Hunter — a highly-recruited Division 1 prospect — $1 million to play for JSU. 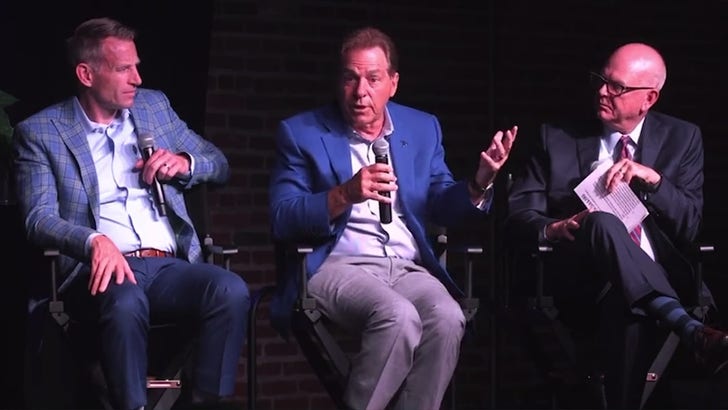 “I mean Jackson State paid a guy a million dollars last year that was a really good Division 1 player to come to school — it was in the paper, and then bragged about it. Nobody did anything about it,” Saban said at the time.

The former Cowboys legend promptly clapped back at arguably the greatest coach in college football history, saying, “We as a PEOPLE don’t have to pay our PEOPLE to play with our PEOPLE.”

You best believe I will address that LIE Coach SABAN told tomorrow. I was & awakened by my son @ShedeurSanders that sent me the article stating that WE PAYED @TravisHunterJr a Million to play at @GoJSUTigersFB ! We as a PEOPLE don’t have to pay our PEOPLE to play with our PEOPLE.

Hunter seemed to deny that Coach Prime paid him a million dollars to play for the JSU Tigers … essentially refuting the claims made by Saban.

I got A mil?😂But my mom still stay in a 3 bed room house with five kids 🤣

Of course, Deion and Nick have shot commercials together in the past … but there was reasonable concern about how their next shoot would go, given their seemingly contentious relationship as of late.