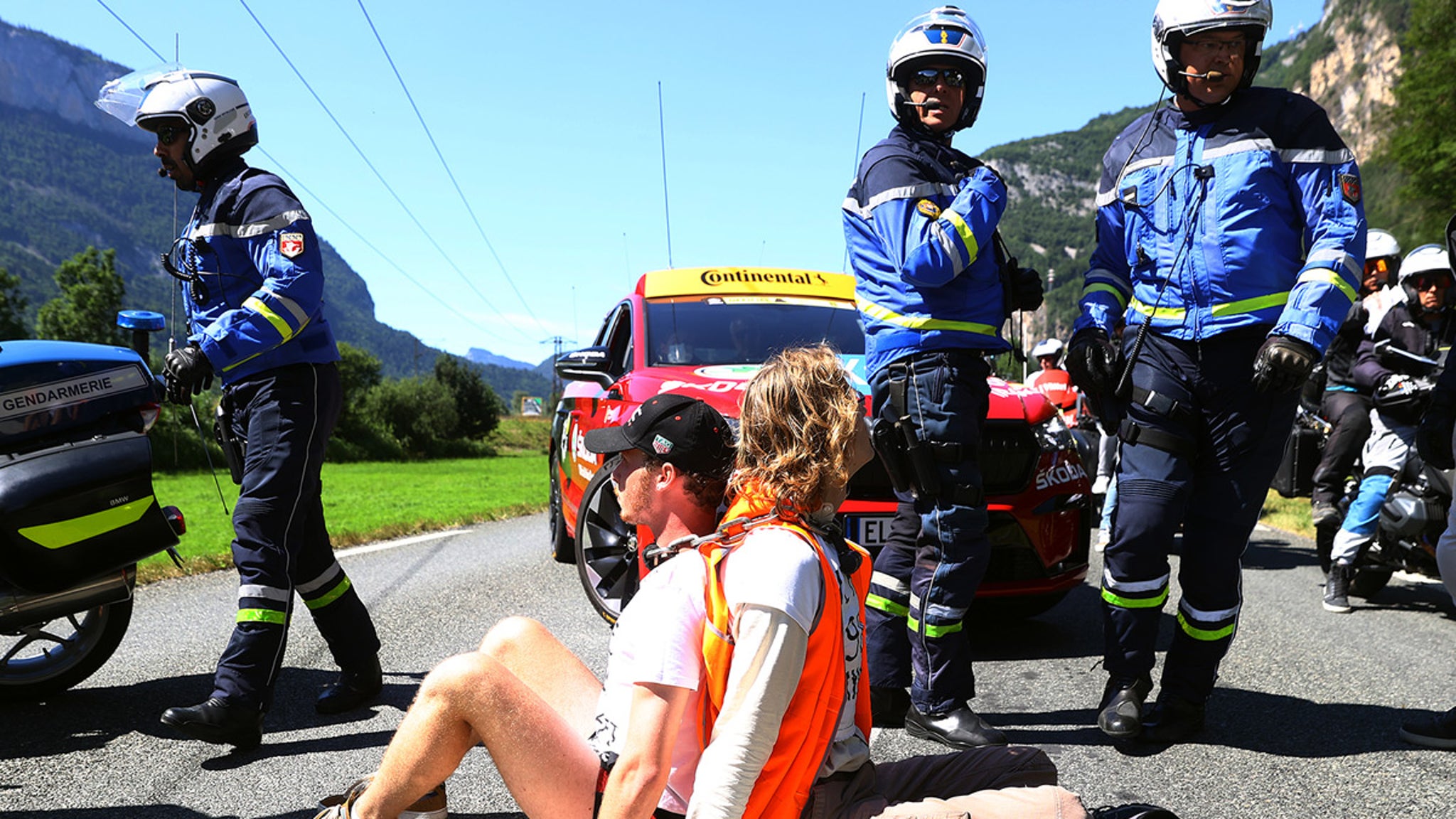 The Tour de France had to be stopped for several minutes on Tuesday … after multiple protesters parked themselves in the middle of the course and lit flares to block riders.

The men and women put their bodies in the roadway in what appeared to be an attempt to raise awareness for climate change.

Stage 10 of @LeTour has been interrupted due to a group of protestors blocking the road.

The race has been temporarily stopped while they are cleared from the road. pic.twitter.com/O6a0Hgid5g

Video from the race’s broadcast showed the people quickly running onto the street and spreading out evenly across it — forcing cyclists to stop and wait for them to be cleared.

Some of the protestors had chains around their necks, while others had shirts that read, “We have 989 days left.” They stayed on the course until authorities physically removed them. 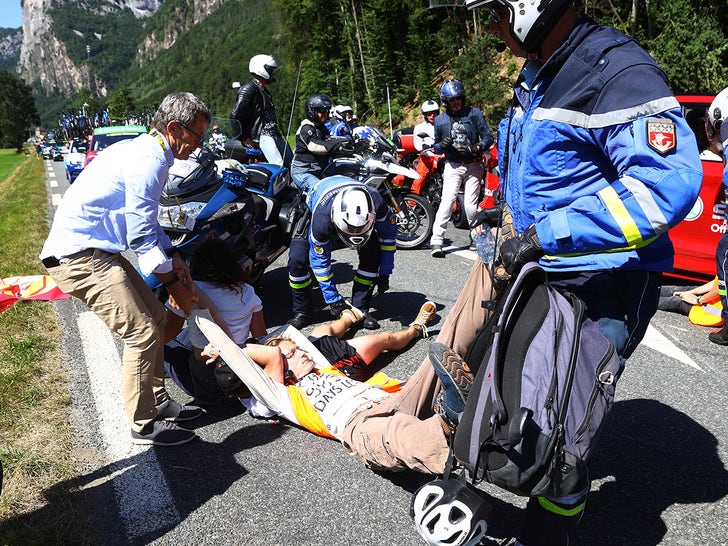 Once they were cleared — event organizers made sure in the restart of the race that all of the previous gaps built before the pause were maintained after it.

The protest, meanwhile, is a similar one to what went down at the French Open last month … when a woman halted play on the court for several minutes after chaining herself to the net.