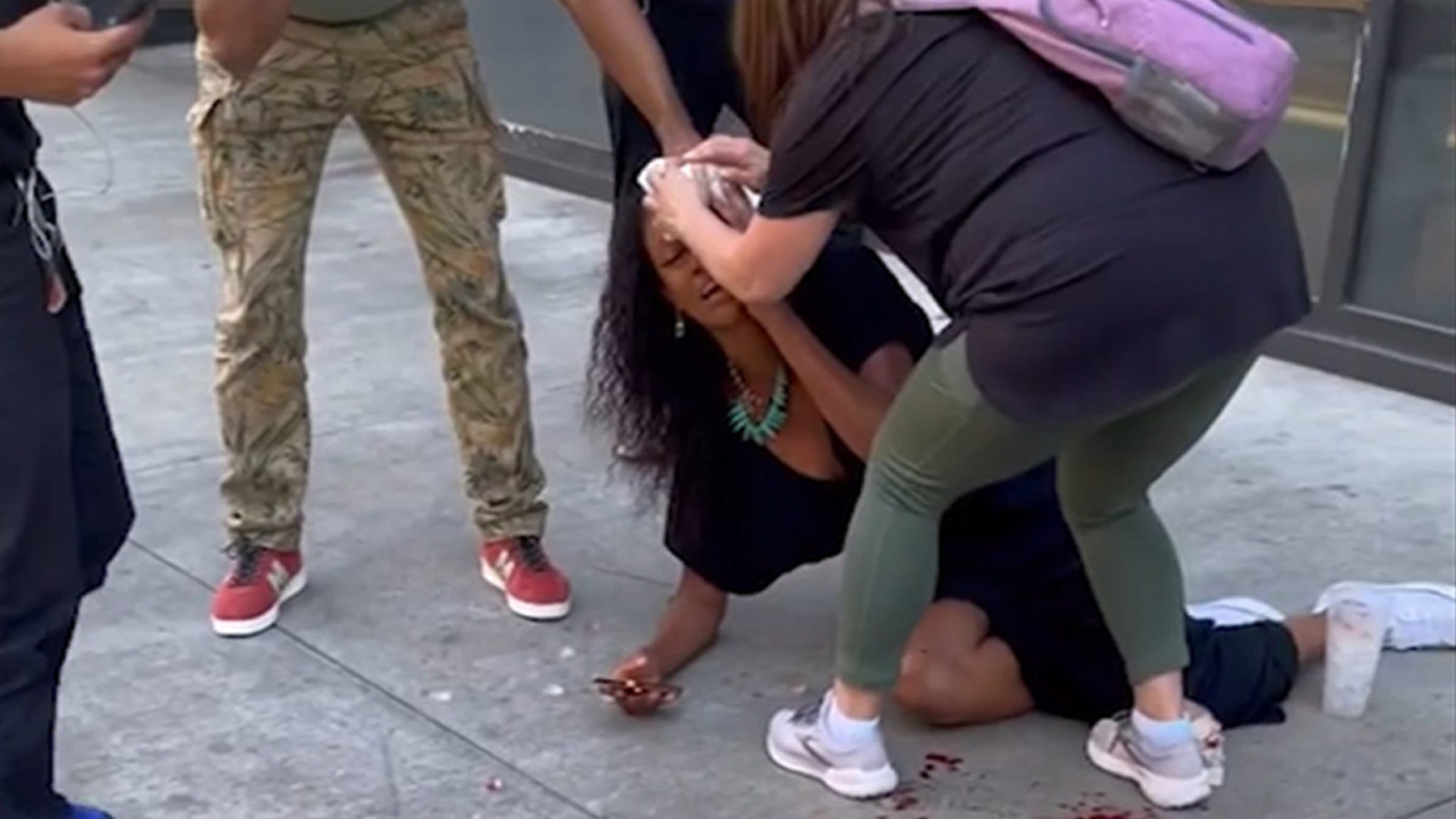 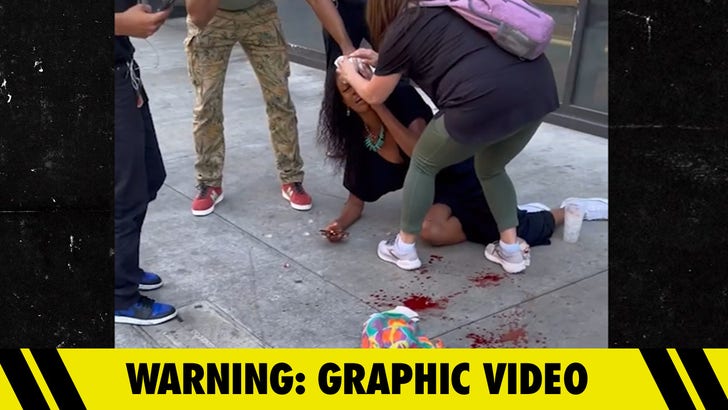 Video taken in the seconds after Kim Glass was attacked on the streets of Downtown L.A. has emerged … and it shows blood was spattered everywhere near the former volleyball star as she sat injured on the sidewalk.

Benson Parks captured the footage on his phone over the weekend, just seconds after Glass, who won a silver medal at the 2008 Beijing Olympics, had apparently been struck by a heavy object thrown by a homeless man who was standing near her in the street.

You can see in the clips, there were several piles of blood near Glass, who was holding a bandage near her eye and yelling in pain.

The video also shows Parks holding down the man who was suspected of throwing the object. 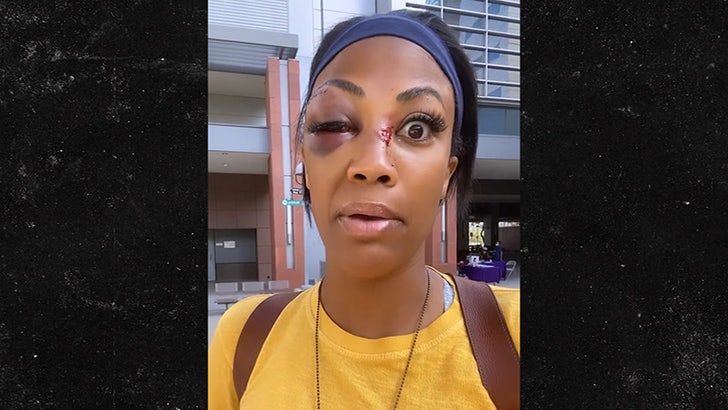 As we reported, Glass claims the incident happened after she had finished dining with a friend.

“He just like looked at me with some pretty hateful eyes,” Glass said of the attack. “And, as I turned to go tell my friend, ‘I think something’s, like, wrong with him and I think he’s going to hit a car,’ before I knew it, a big metal bolt, like pipe, hit me right here.”

“It happened so fast.” 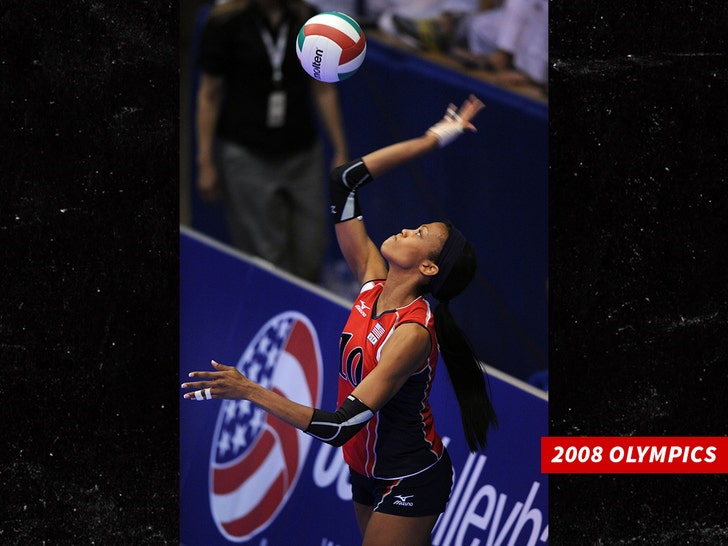 37-year-old Glass said she suffered multiple facial fractures and needed several stitches to close the gashes on her face … though, thankfully, she added doctors were optimistic her vision would eventually return to normal.

The suspect, meanwhile, was arrested by the LAPD … and booked on a charge of felony assault with a deadly weapon.