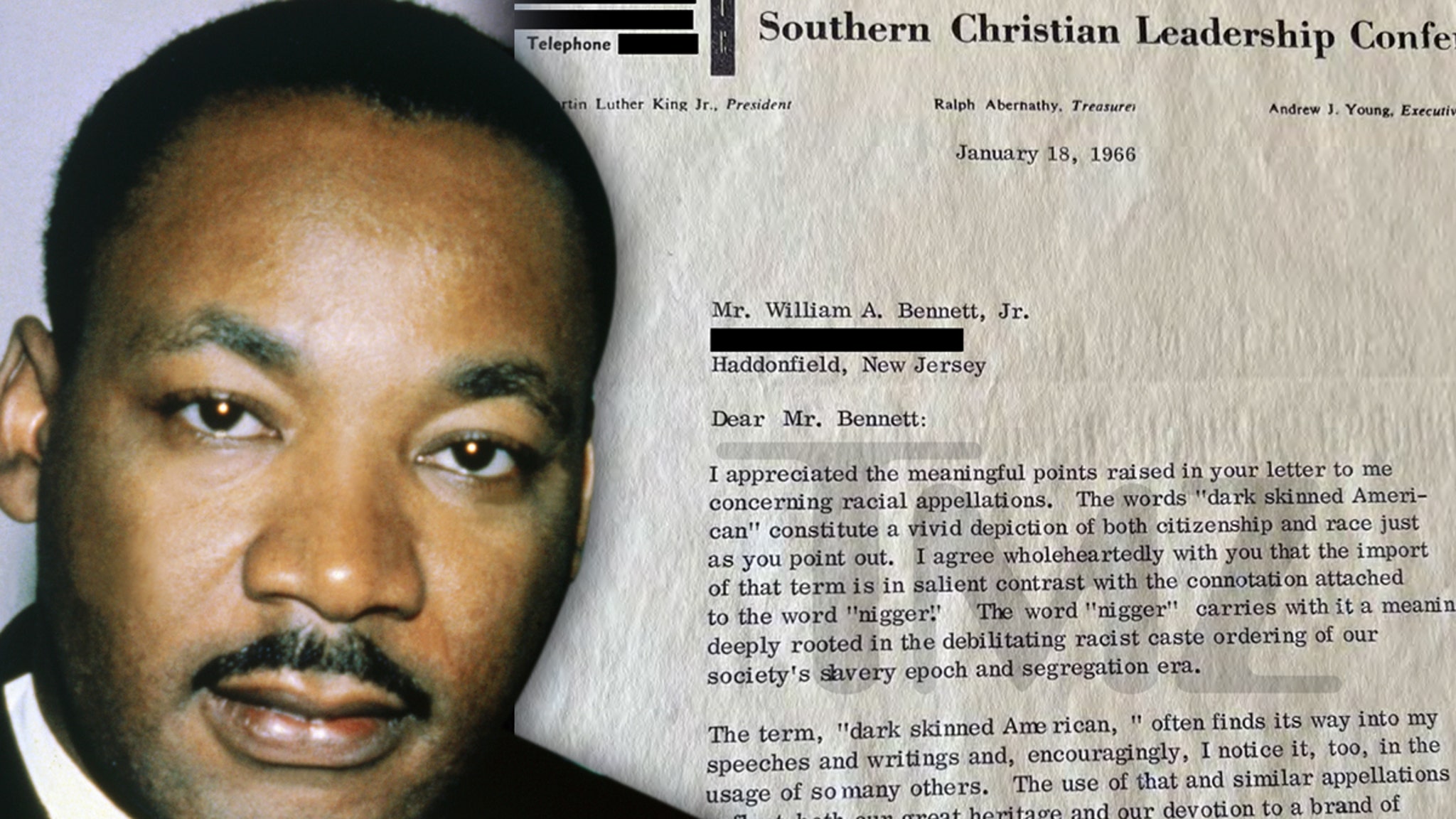 A significant piece of history is now up for sale … a letter from Dr. Martin Luther King Jr. where he candidly talks about the “n” word and the term “dark skinned American.”

MLK wrote the letter January 18, 1966. The recipient was a man named William A. Bennett — unclear who Bennett is. Dr. King embraced the term “dark skinned” … saying he used it often as it reflects “both our great heritage and our devotion to a brand of Americanism of the highest order.”

Of course, MLK has thoughts about the “n” word, which he says “carries with it a meaning deeply rooted in the debilitating racist caste ordering of our society’s slavery epoch and segregation era.”

The historical artifact was held in a private collection until recently, and now it’s for sale on the Moments In Time site for $95,000.