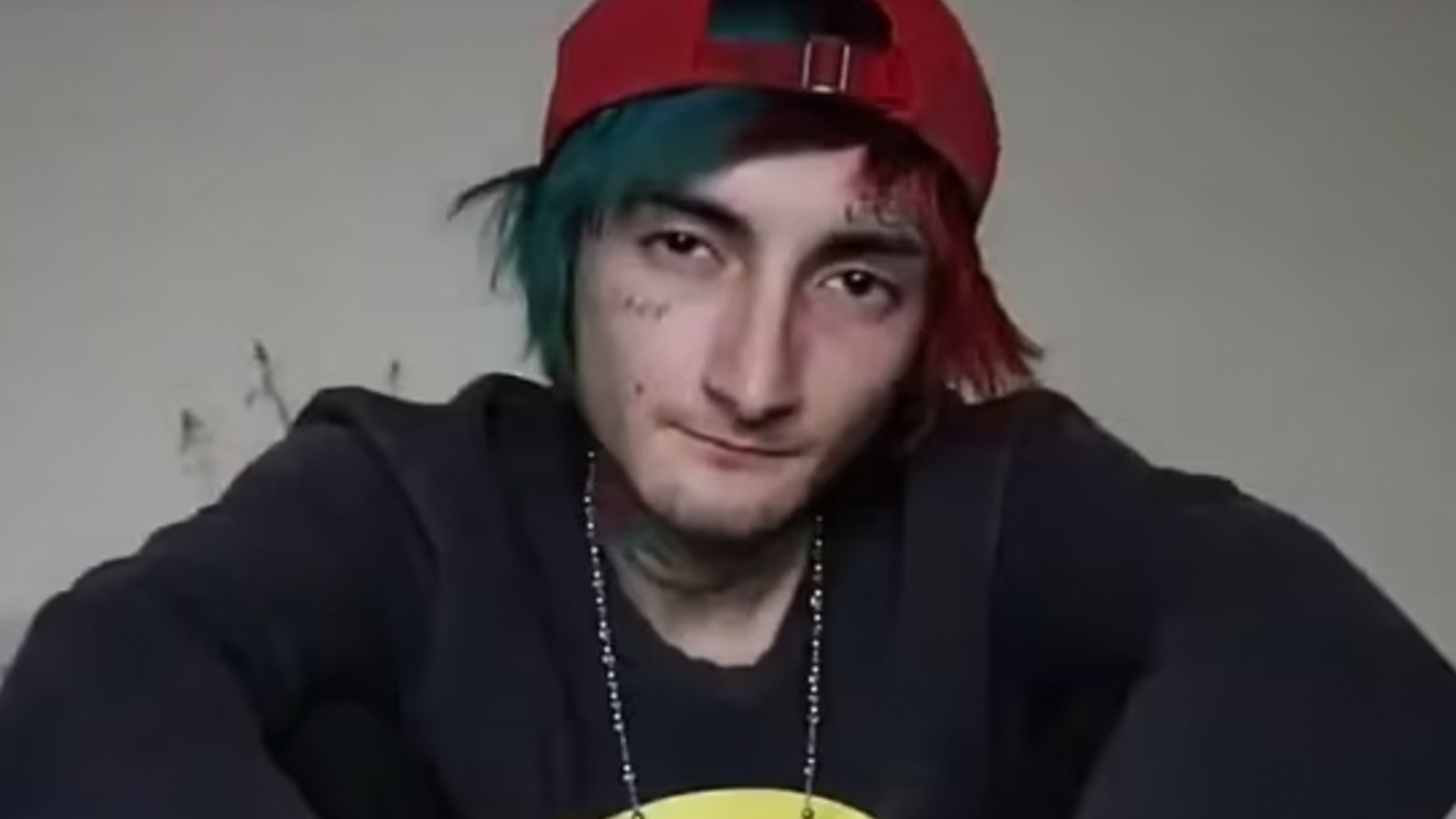 Robert Crimo III, the person of interest in the 4th of July Highland Park massacre, joked about school shootings online and even drew a sketch of him getting shot and killed by cops with a gun by his side.

Police identify Robert “Bobby” E. Crimo III (22) as the suspect in the Highland Park shooting.
According to reports he’s also known as ‘Awake the Rapper’.
Here’s a music video I screen recorded from YouTube.
YouTube has already removed his official account. pic.twitter.com/ntzpaYQvv5

Crimo has been on social media for years, posting violent images of mass shootings. He called himself a rapper with the name “Awake the Rapper” and had 16,000 Spotify listeners every month. 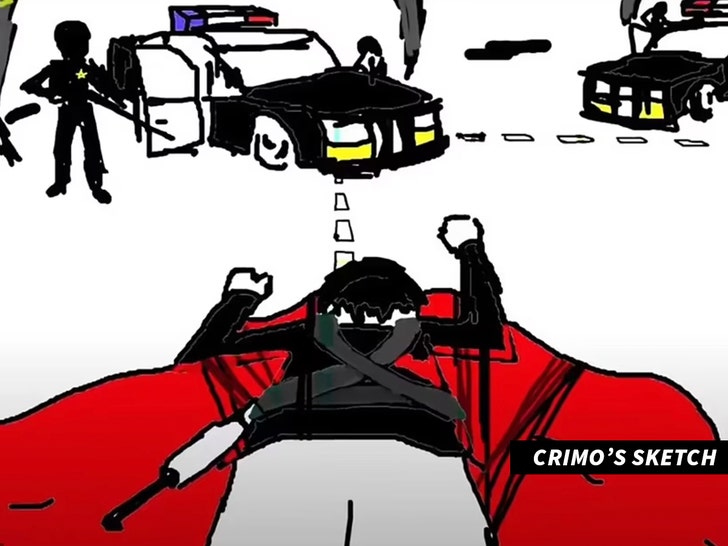 One of his drawings shows a man lying on the ground, presumably dead with rifle by his side, as police closed in on him. 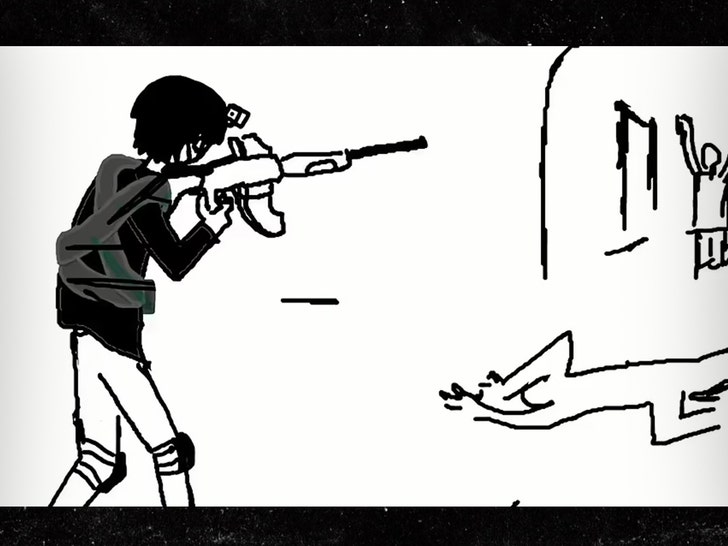 In one image, you see a man holding a rifle as someone appears dead on the ground and another person is standing hands up as the gun is pointed toward him. 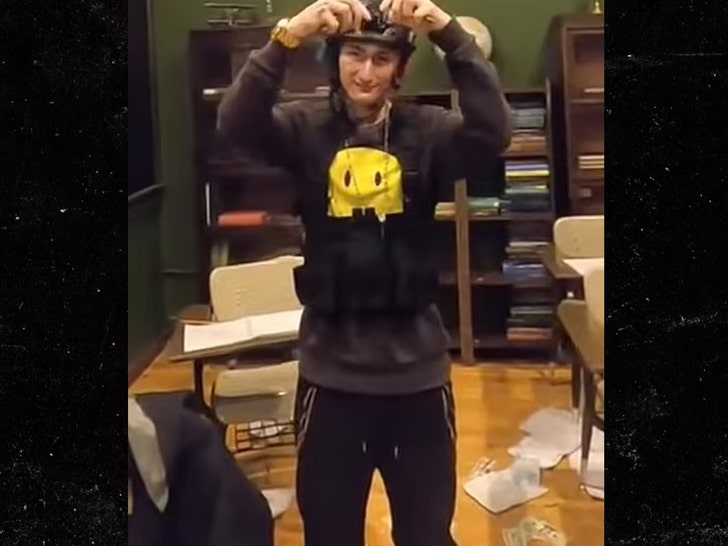 There’s another drawing of Crimo throwing bullets on a classroom floor, decked out in armor. 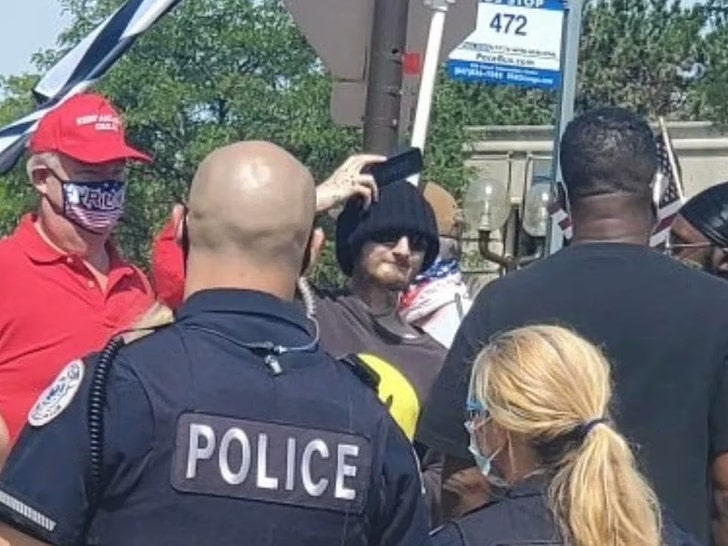 He seemed to have contempt for politicians … posting a photo last fall of Budd Dwyer, the Pennsylvania official who shot and killed himself on live TV with the caption, “I wish politicians still gave speeches like this.” 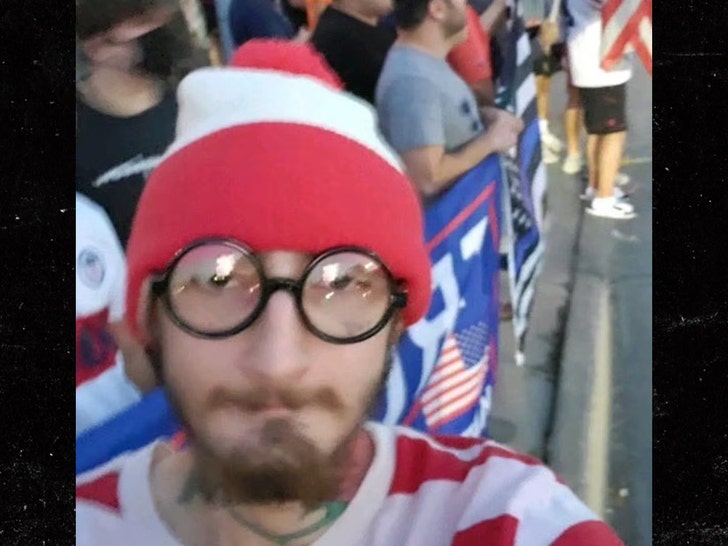 He did seem to have a soft spot for Donald Trump, appearing at several rallies … in one case dressed as “Where’s Waldo.”  There’s another pic of him drapede in a Trump flag.

He was very open about his fascination with mass murder and violence … and lots of people saw this for years. As far as we can tell so far, there were no direct threats that would have alerted law enforcement, although apparently, he was known to law enforcement.

Six people were slaughtered and several dozen injured during the 4th of July massacre in Highland Park, a suburb of Chicago.