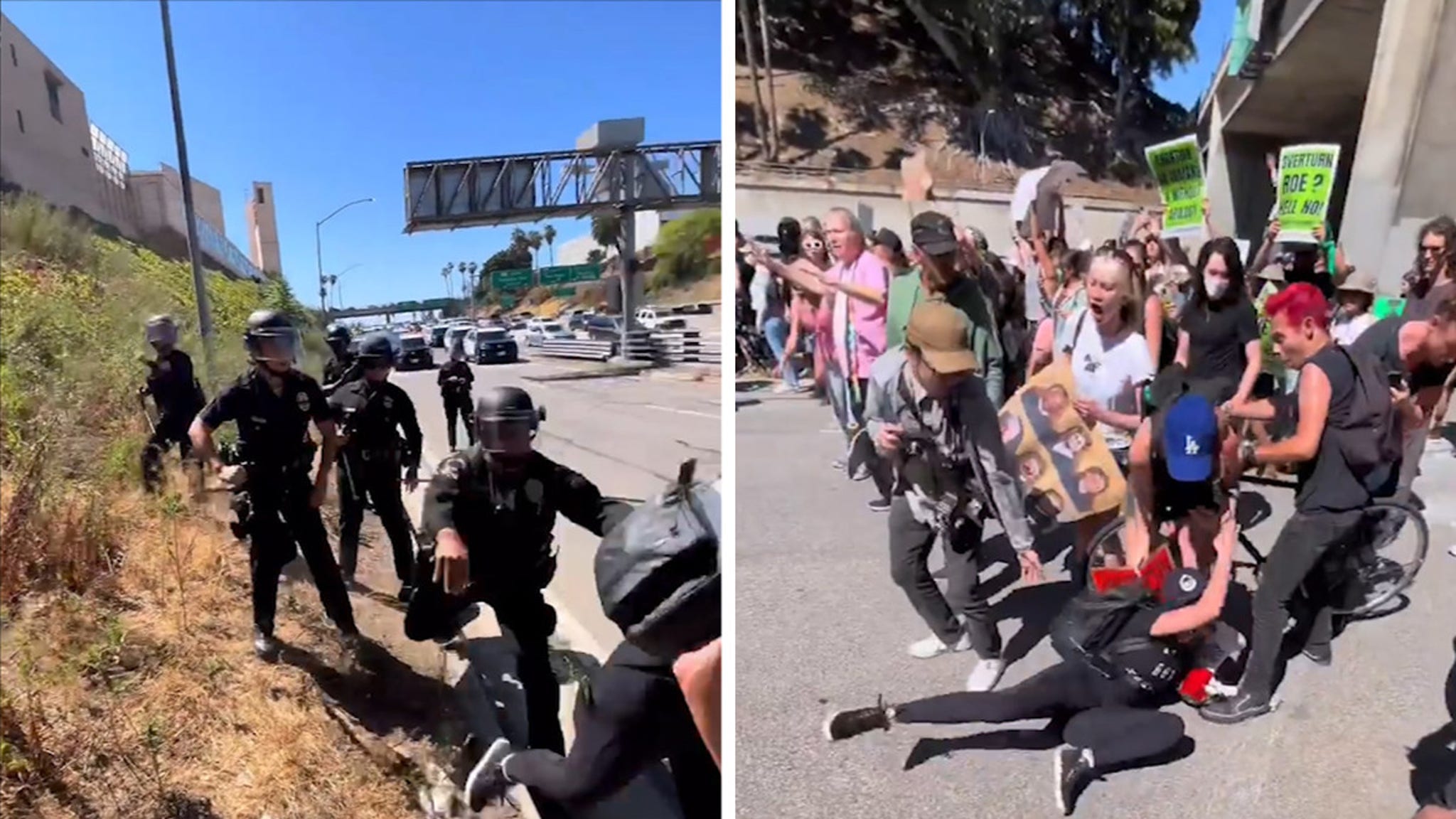 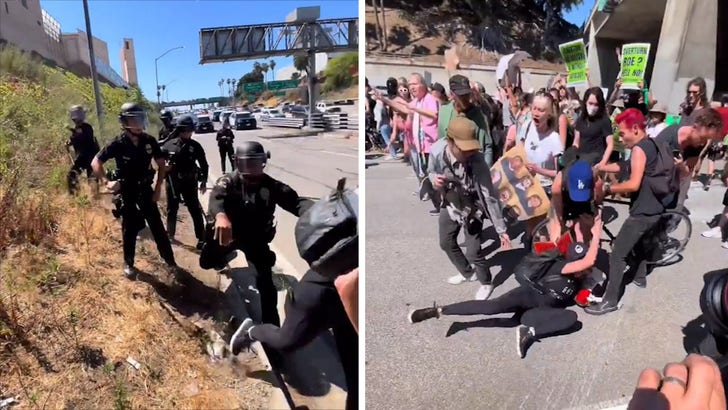 Jodie Sweetin, known for playing Stephanie Tanner on ‘Full House,’ was knocked back by police during an abortions rights protest, slamming her down on the concrete.

Jodie was with other protestors on a freeway in Los Angeles when LAPD began to block their path … Jodie ended up close to officers when she got shoved back into the crowd — tripping over the curb and knocking her to the floor. 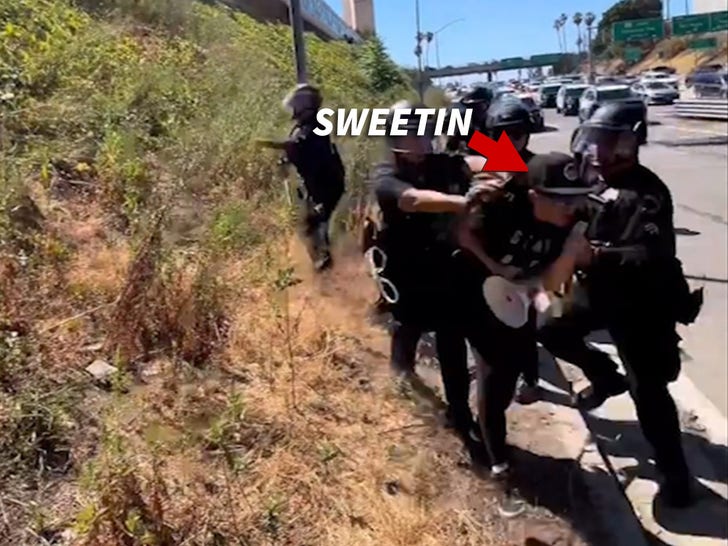 The original uploader claims she was trying to lead the group away from the freeway, which was when she got pushed back … the crowd began chanting “No justice, no peace,” with Jodie joining in quickly after.

Jodie tells TMZ … “I’m extremely proud of the hundreds of people who showed up yesterday to exercise their First Amendment rights and take immediate action to peacefully protest the giant injustices that have been delivered from our Supreme Court. Our activism will continue until our voices are heard and action is taken. This will not deter us, we will continue fighting for our rights. We are not free until ALL of us are free.”

And she’s doing ok after the incident — the entire event was meant to be a peaceful protest for abortion rights.

We’ve reached out to LAPD for comment … so far, no word back.

As you know, protests have been underway across the country and beyond since Roe V. Wade was overturned Friday … some have been forming outside the Capitol, featuring both pro-life supporters and pro-choice advocates.