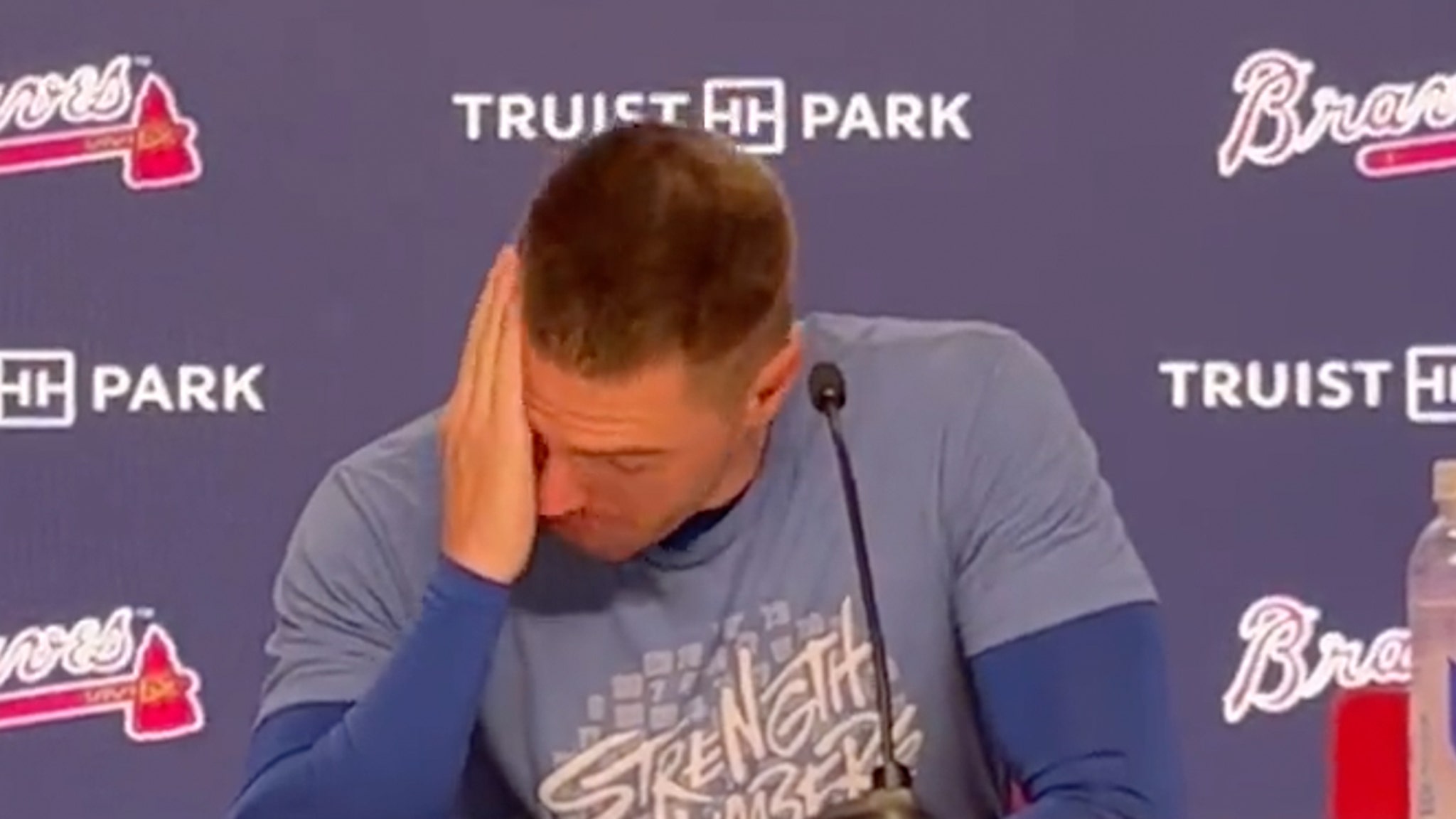 Dodgers superstar Freddie Freeman was so overcome with emotion in his first time back in Atlanta since he left the city this offseason, he sobbed at the podium in front of a throng of reporters.

The first baseman — who spent his entire career in ATL and helped the Braves win a World Series last season before leaving in free agency — was a wreck on Friday afternoon while trying to talk about what his time in Atlanta meant to him.

Freddie Freeman fighting back tears during his press conference, before tonight’s game against the Braves 🥺

As media members peppered him with questions before the Dodgers took on his former Braves team at Truist Park … he needed a huge towel to wipe away snot and tears.

In fact, Freddie was so overwhelmed by the moment, he initially had to walk out of the press conference to gather himself before beginning.

Freddie Freeman is so emotional he can’t even start is media availability pic.twitter.com/uQXKeL7KB0

Freeman — who played in Atlanta for 12 years — is considered one of the greatest Braves of all time … but following failed contract talks this past offseason, he bolted for Los Angeles, signing a six-year, $162-million deal with the Dodgers.

Freddie’s been a star for his new squad — already piling up 8 home runs with a .303 batting average … but it’s clear, at least part of his heart and soul still remains in Georgia.