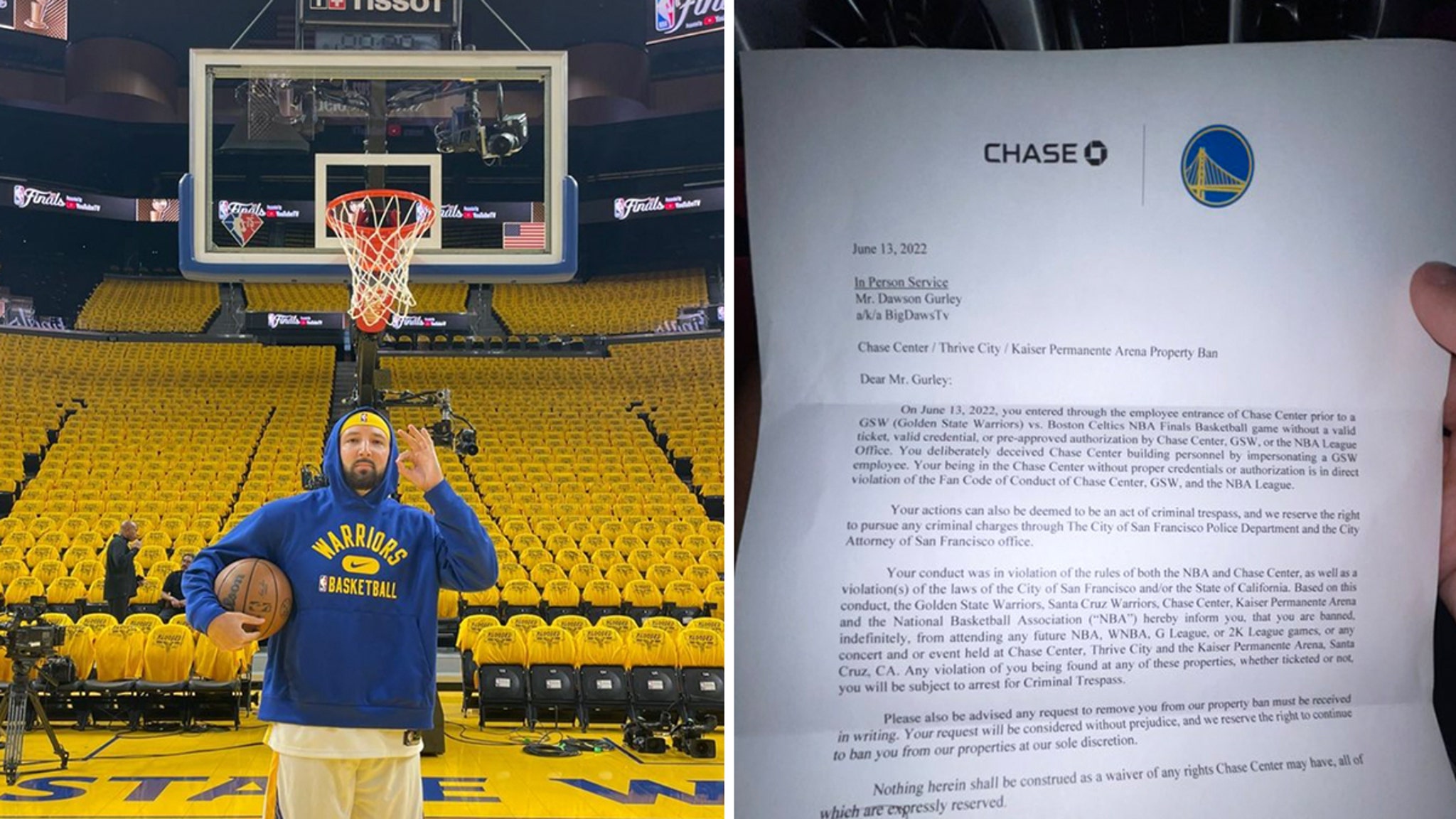 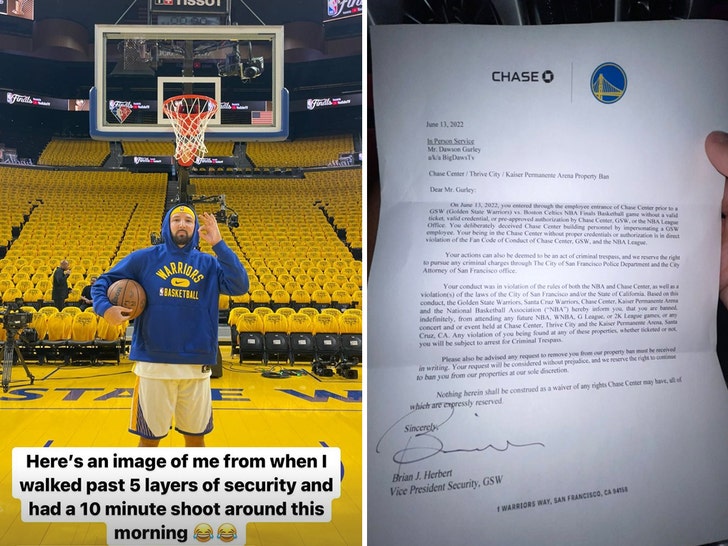 A Klay Thompson impersonator has been BANNED for life from Warriors home games … after he allegedly fooled arena personnel into believing he was the Golden State star, allowing him access to not just the building, but also the basketball court.

“Banned bc I walked past 5 layers of security guards (who willingly let me through security without asking for ID) & shot around on the court for 10 minutes,” Dawson Gurley announced on social media.

And, Daws isn’t kidding about the ban … he posted a photo of a letter from a Warriors executive laying out his punishment. 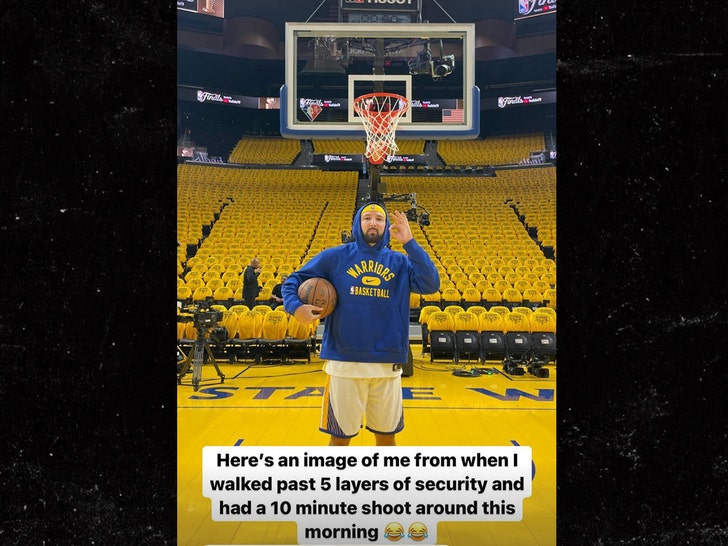 The disciplinary letter goes on to say Daws — who isn’t denying the allegation — can’t ever come back. They also threatened him with a trespassing charge.

For his part, Daws thinks the suspension is BS! He says he actually had a ticket for the game … saying it isn’t his fault security didn’t stop him.

“I also spent 10K on tickets which they are not refunding. Why should I be banned because their security is incompetent?” Dawson asked his followers.

10 bands is obviously a lot of money to waste. But, the Klay impersonator says he doesn’t have any regrets.

“Was it worth it to lose 10K on tickets and be banned for life? Absolutely. I was an NBA player for 10 minutes bro.”

During those 10 minutes, Daws even had time to take a photo.

It’s not the first time Gurley’s received attention for impersonating the All-Star. He pranked fans during the 2018 NBA Finals, sitting courtside, dressed as Klay. That video has millions of views.

Side note: the real Klay Thompson had 21 points in Monday’s game 5 win. The Warriors are one game away from winning an NBA title.