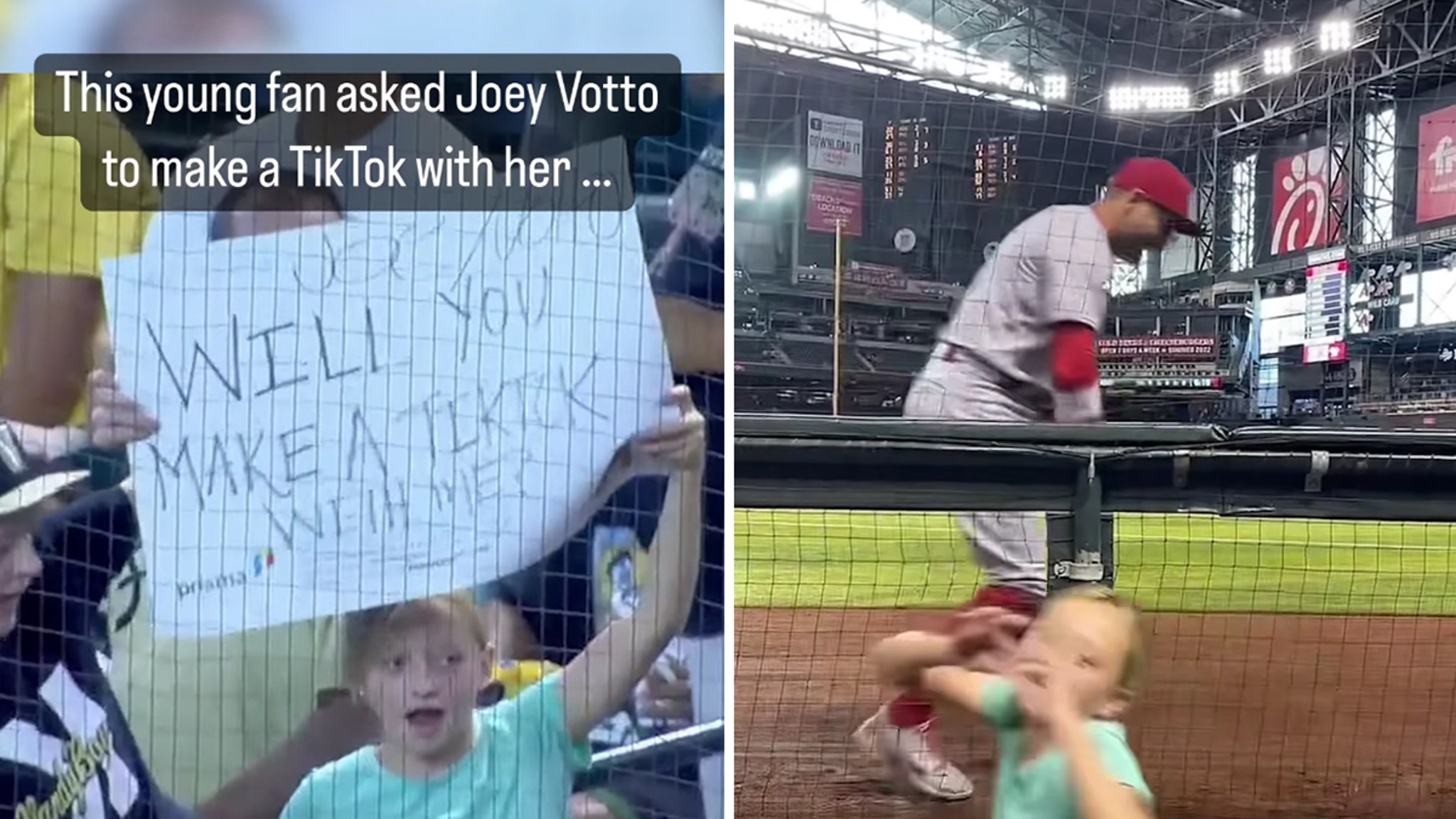 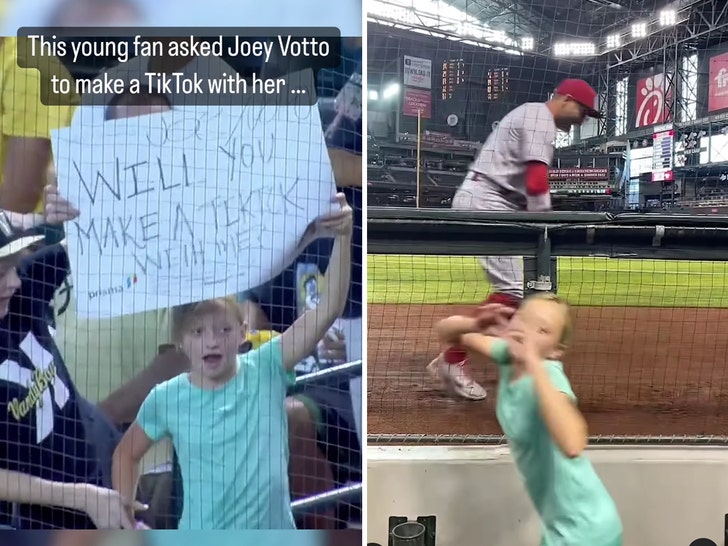 MLB star Joey Votto made a fan’s day at the ballpark on Monday — by fulfilling her request to create a TikTok video!!!

The adorable scene went down just before Votto’s Cincinnati Reds played the Arizona Diamondbacks at Chase Field in Phoenix … when a young fan’s sign caught the attention of the 38-year-old first baseman.

“Joey Votto,” the girl’s sign read, “will you make a TikTok with me?”

Votto, a fan favorite and a budding TikTok star himself, was all-in on the idea … and immediately went to work with the fan — a 12-year-old from Phoenix.

The two eventually had the idea to hit “The Griddy” — a dance move popularized by NFL stars Justin Jefferson and Ja’Marr Chase — and, check out the footage, it clearly came out awesome.

Joey did the dance well, but the girl clearly stole the show … it certainly looked like she had some experience hitting it before!!

No word on how the TikTok is doing on the site — but it appeared to give Votto’s Reds some good juju regardless … ’cause they went on to beat the D-Backs, 5-4.