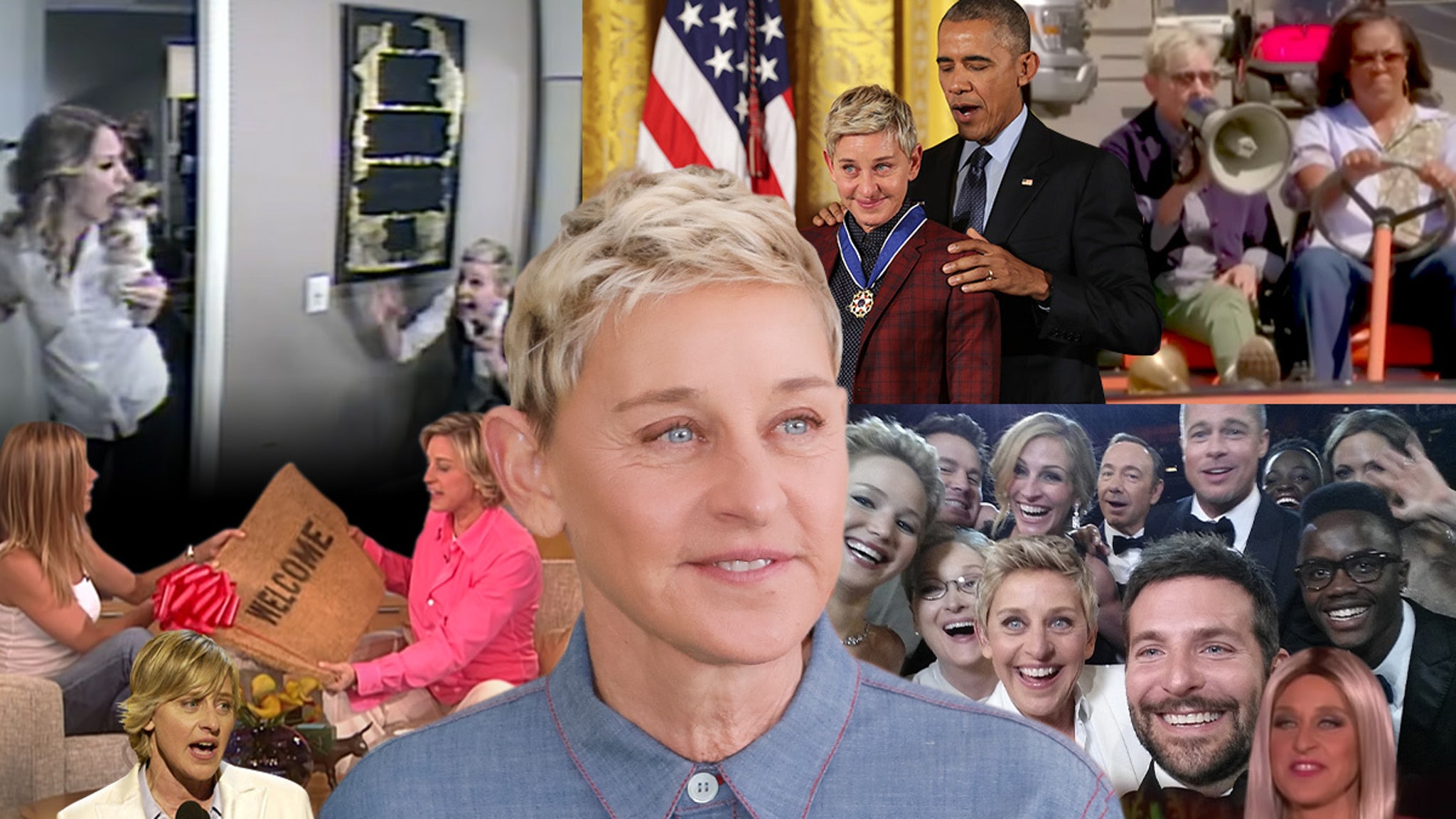 Ellen DeGeneres is ending her show after 19 seasons … and to celebrate her last episode ever, we’ve put together some of the standout celeb moments during her epic run.

Over nearly 2 decades, Ellen undoubtedly made a huge impact on daytime television … sharing laughs, stunts and tears with her special guests, some of whom she’s become close friends with over the years.

Of course, Ellen’s greatest scares were a hilarious part of the show, where she’d startle the bejeezus out of guests with a huge surprise right in the middle of interviews.

We can’t forget Ellen’s most generous giveaway, when she helped an underprivileged school in Detroit … and the countless other times she’s given back to others in need.

As we’ve reported, Ellen announced she was ending her show, during a taping earlier this month. While she’s not retiring from showbiz, she will be taking time off to decide what’s next … and she has some pretty big ventures in the can.

We do know, she recently signed a multi-year deal with Discovery … on top of shows on NBC (“Family Game Fight!”), FOX (‘Masked Singer’) and HBO (“Ellen’s Next Great Designer”) and the upcoming Tig Notaro animated comedy special).