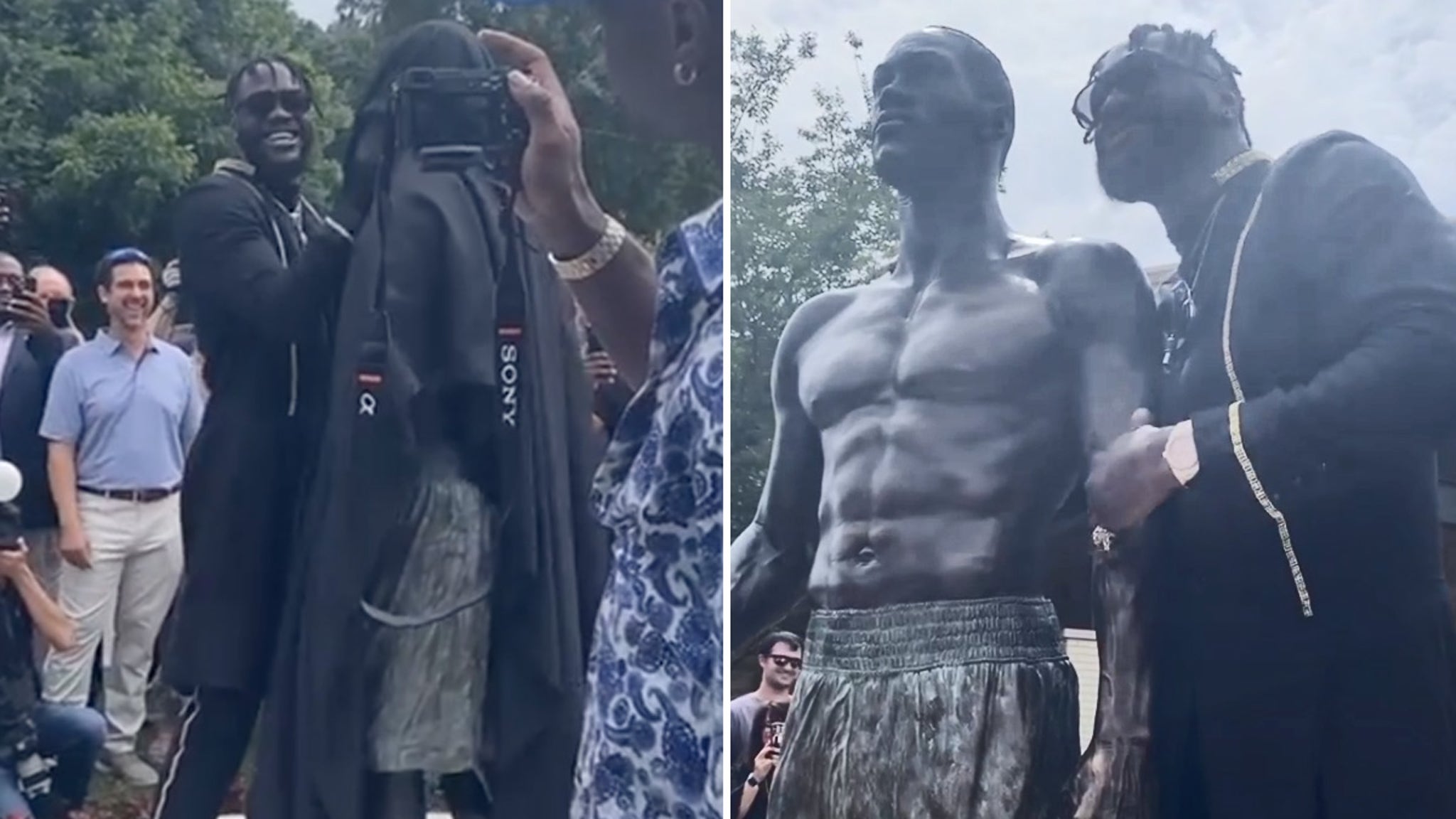 The love for Deontay Wilder in his Tuscaloosa hometown will last forever … ’cause the city just immortalized the heavyweight boxer with a life-size statue!!

The 42-2 fighter was surrounded by his family and fans on Wednesday when he removed the sheets off the new “Bronze Bomber” figure that’s located in front of Tuscaloosa Tourism and Sports offices on Jack Warner Parkway.

“It’s me!” Wilder said while hugging the sculpture.

The statue — designed by Caleb O’Connor — looks exactly like the heavyweight boxer … from his braided hair and mean grin all the way down to his shorts and shoes. 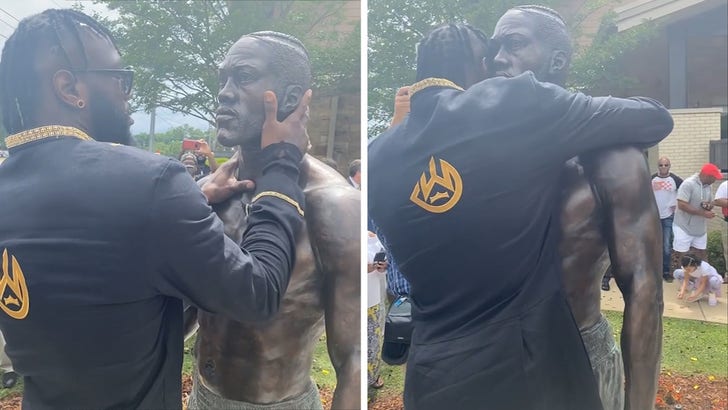 The 36-year-old knew the honor was coming … and said in the days leading up to the event this week that it would be “a monumental moment” for him.

“For the first time in my life, I’m at a loss for words,” Wilder said. “This is generational wealth. This is black excellence. This is greatness.”

Wilder’s boxing career started in Tuscaloosa when he turned 20 … and he later went on to become the WBC heavyweight champ from 2015 to 2020.

Besides the statue tribute, his hometown also honored him by giving him the key to the city in 2007. He also previously opened up his own gym there.