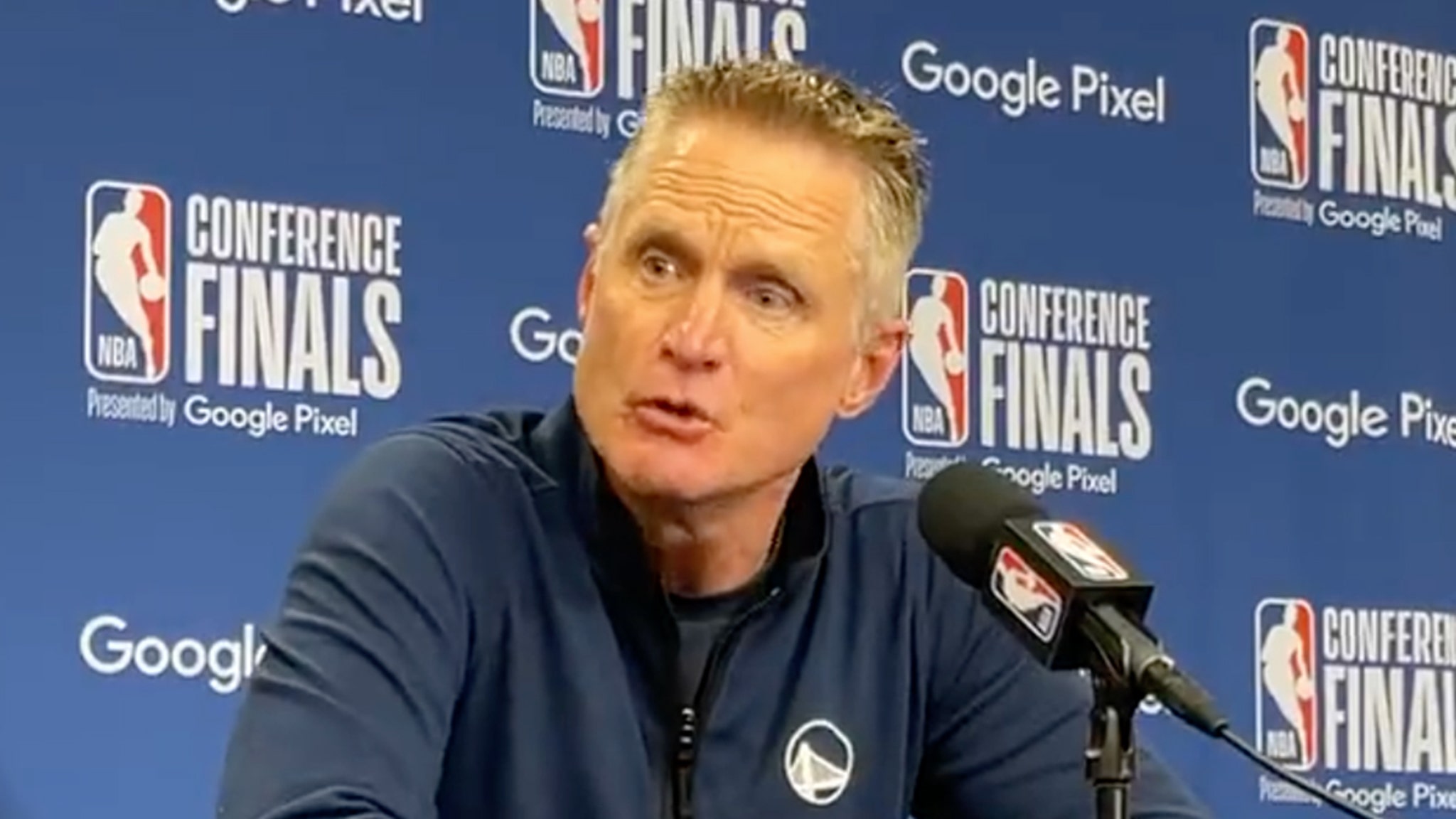 Golden State Warriors head coach Steve Kerr was absolutely livid before his team’s playoff game Tuesday night … pleading with politicians across the nation to do something after a mass shooting at an elementary school left at least 18 children and 3 adults dead.

“When are we going to do something?” 56-year-old Kerr started off his impassioned speech. “I’m tired. I’m so tired of getting up here and offering condolences to the devastated families that are out there.”

“I’m tired of the moments of silence. Enough!” he added.

Kerr then went on to rip senators who refuse to vote on HR8 — a bill that requires a background check for every firearm sale — accusing the politicians of choosing to hold onto power instead of protecting the lives of children, elderly, and churchgoers.

“I’m fed up. I’ve had enough,” Kerr said. “But I want every person here, every person listening to this to think about your own child, your own grandchild, or mother, father, sister, brother. How would you feel if this happened to you today?”

A furious, emotional and fed up Steve Kerr pleaded with senators to do something about the mass shootings. pic.twitter.com/fmERY4izFl

An 18-year-old gunman opened fire on students and faculty at Robb Elementary School in Uvalde, Texas on Tuesday … leaving at least 18 kids and 3 adults dead.

Kerr slammed the representatives in Congress for “holding us hostage” by choosing to not vote on the HR8 bill — which he says 90% of Americans favor background checks — and prioritizing politics over human lives.

“It’s pathetic. I’ve had enough,” Kerr said right before he stormed off the podium. But, Kerr wasn’t only the notable figure to sound off in wake of the heinous tragedy that took place in Uvalde yesterday.

WNBA star Natasha Cloud, who plays for the Washington Mystics, urged people to write to their local and federal representatives in an effort to see change in the wake of the senseless tragedy that occurred.

The Mystics decided to have a media blackout tonight and focus on the Texas shooting. Natasha Cloud represented the team with a few words. #wnba pic.twitter.com/NMxVLV74B1

Cloud called on government officials to implement sensible gun laws, so that an event like this doesn’t happen in the future, and expressed she was tired of the system caring about money and profit over people and lives.

“If our government is not going to do our job, then we got to do our job and come together as a community. This is absolutely ridiculous at this point.”