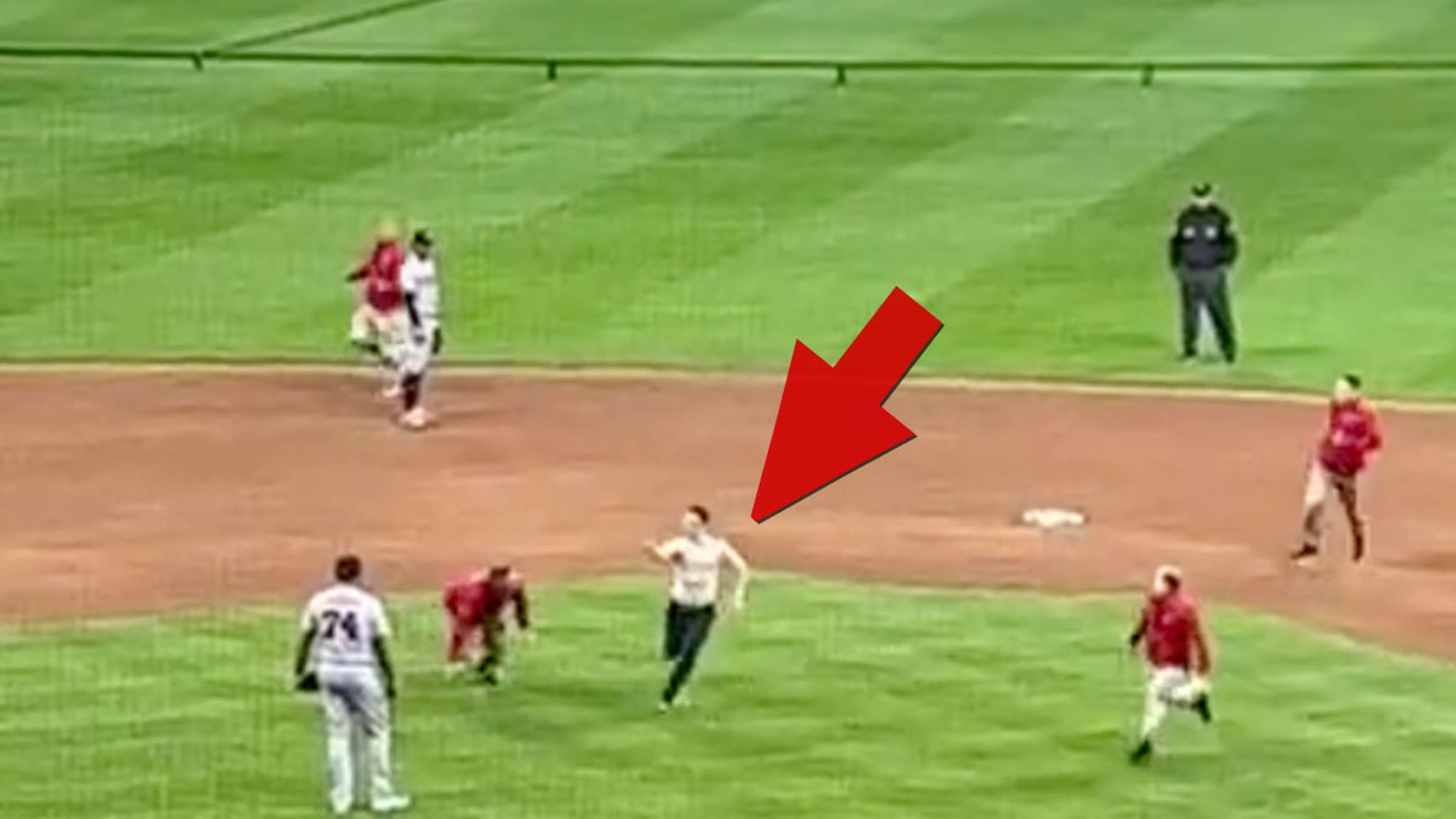 A tight MLB game on Wednesday got a whole lot more interesting in the later innings … when a topless fan ran onto the field, and, for a while, evaded security guards like an NFL running back.

The moment just happened in the Braves vs. Brewers game in Milwaukee.

Video shot by spectators inside the stadium shows a fan ripped off his shirt and made it down to the field, and then began dancing in center.

A shirtless fan has joined the players on American Family Field. pic.twitter.com/YnOCjYrPLk

The guy shook his booty for quite a while before security eventually realized he was there — and then, he evaded the guards who were trying to take him down for several seconds.

The man then sprinted from the outfield to the mound, before eventually making it to homeplate … all while juking stadium officials in the process.

A fan onto the field during the @Brewers vs @Braves game. Danced in centerfield and then made it all the way to homeplate. Took security a hot minute to even realize he was on the field #ATLvsMIL @BarstoolBigCat @barstoolsports pic.twitter.com/40X3wYb9kl

Toward the end of his jaunt, the guy tried to get a high-five from a Milwaukee batter, but after the Brewer left the man hanging, security finally corralled the fan and got him off the diamond.

No word if the guy was ultimately arrested … but he’s missing a helluva game — the Braves and Brewers are currently in extra innings fighting for a win!

Edgerrin James Guarantees His Son And Arch Manning Will Play In NFL Together
Flavor Flav Says He’s Bowing Out After Kid #8
Taylor Swift And Joe Alwyn Making Out In Bahamas On Vacation
J.K. Rowling Pranked by Russians, Thought She Was Talking to Zelensky
Camilla Parker Bowles Gets Real About Charles in New Vogue Interview