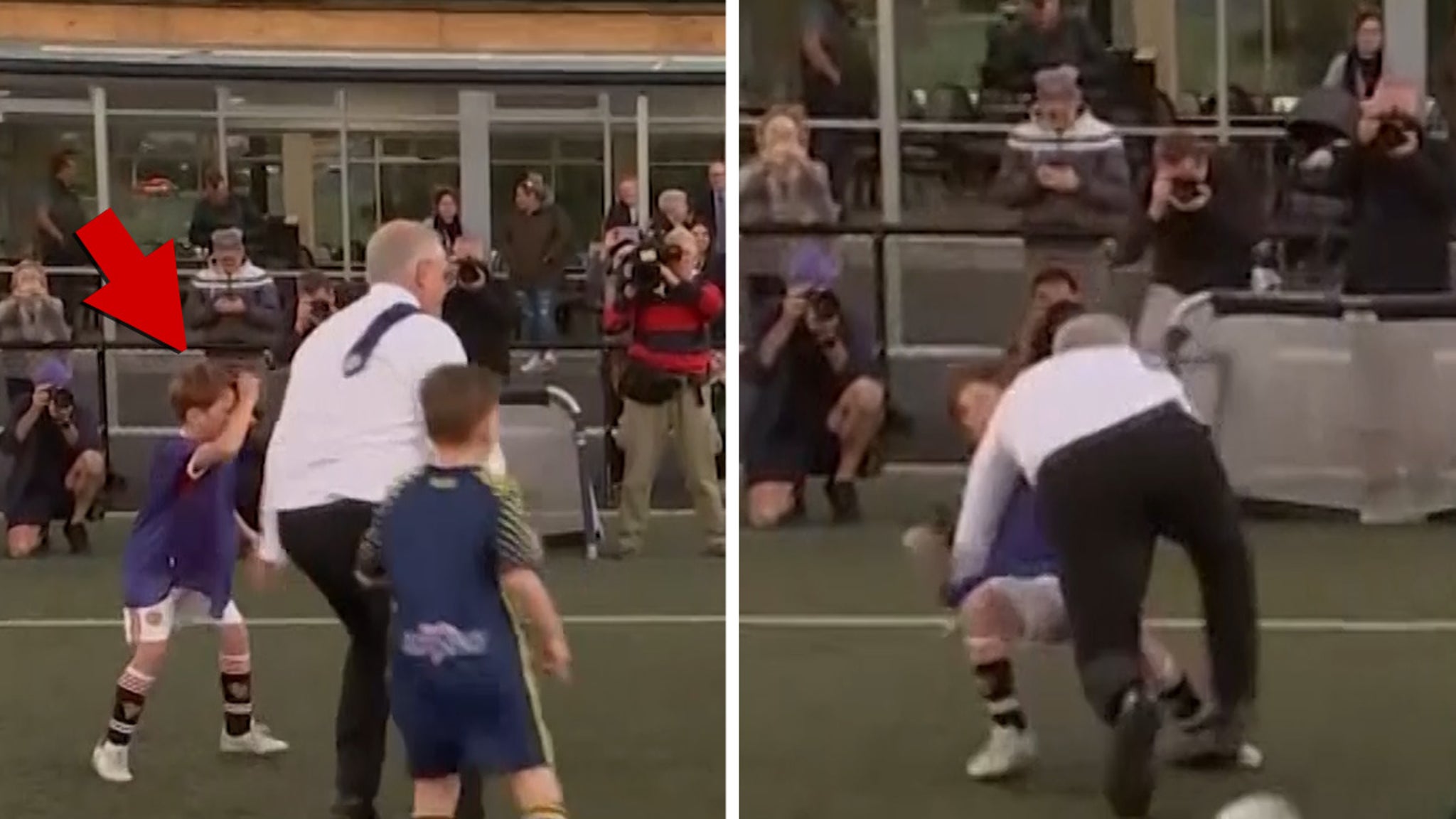 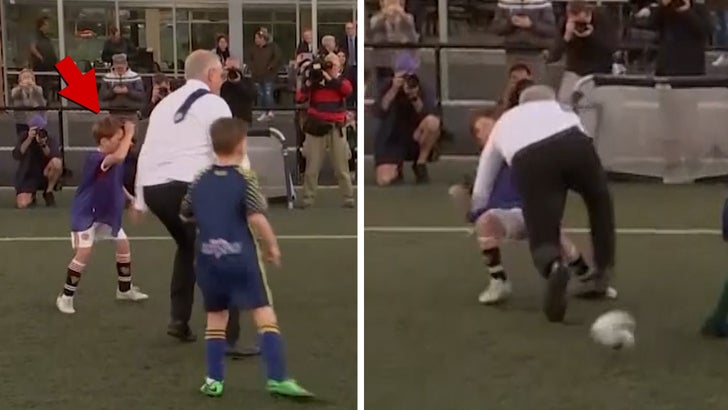 Australian Prime Minister Scott Morrison is just days away from his possible re-election and might’ve just earned some serious points with the anti-kid crowd … tackling one unlucky boy to the ground.

The leader of the liberal party — who was elected to office in 2018 — was campaigning in Tasmania Wednesday and took some time for a photo-op with a group of kids playing soccer. 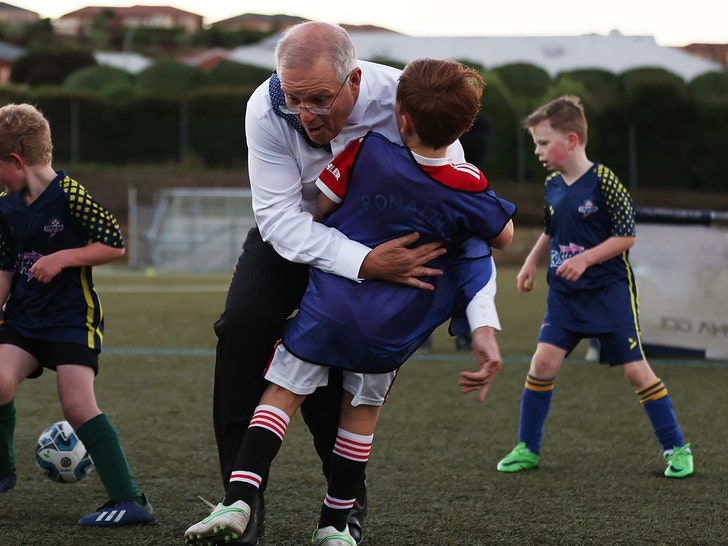 Turns out, dress shoes aren’t the best choice for a a grassy field, as Morrison finds out the hard way. After prepping himself for a pass, the PM sort of trips over himself, diving straight into an unsuspecting kid and taking him to the ground.

Lucky for all involved in the crash, the kid seemed to be OK … and Morrison came off as just slightly embarrassed.

As for the election, Australian polls are almost too close to call — and while Morrison was trailing, the gap has closed — so it’ll come to a final push (or fall) from voters to make a decision.