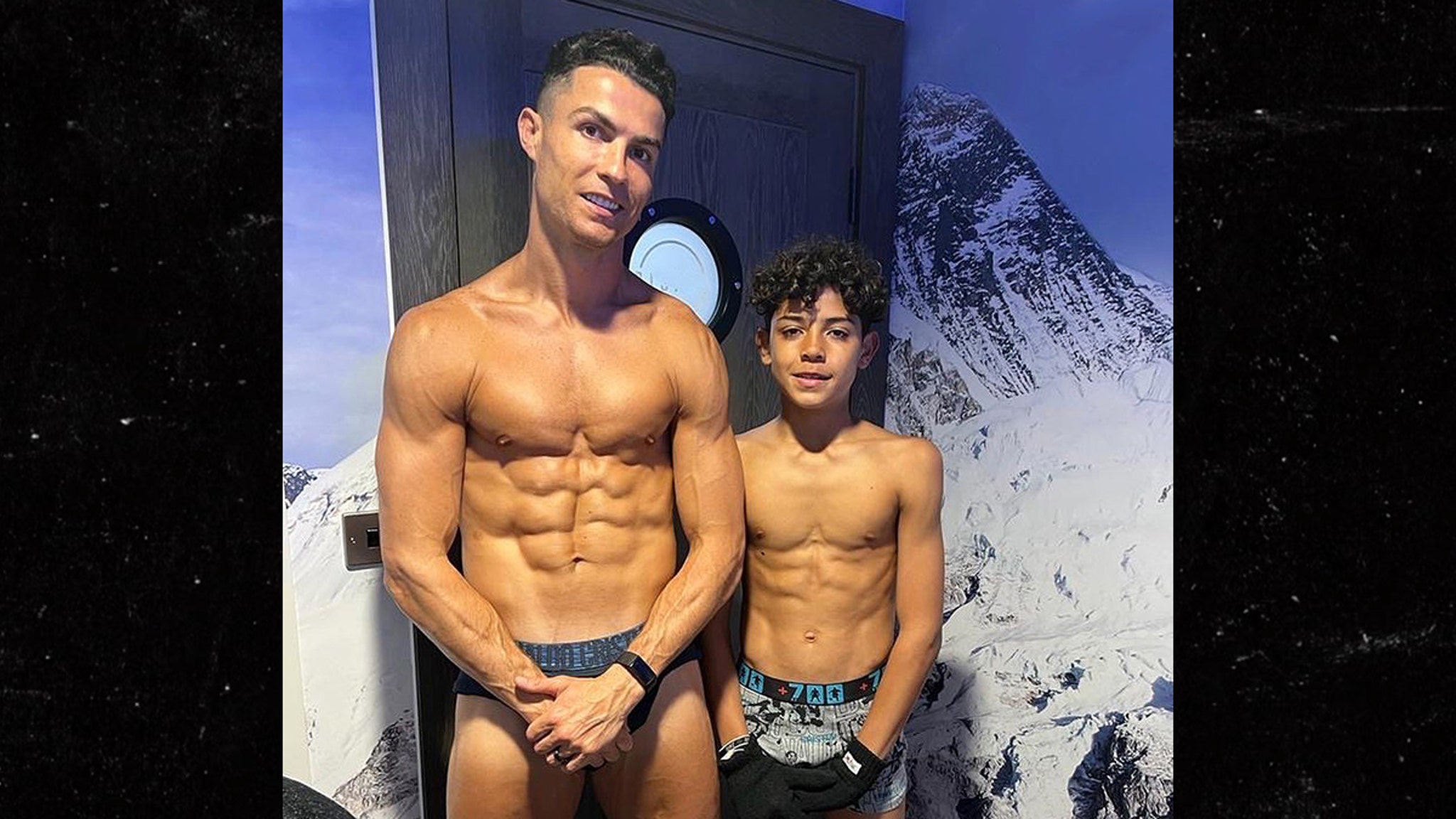 Cristiano Ronaldo ain’t the only one in the family with shredded abs — ’cause his 11-year-old son showed he can flex, too … just like his pops!

The Manchester United soccer star — and father of six — showed off his athletic bod on Monday when he posted a shirtless photo on social media with his son, Cristiano Jr.

Now, not exactly breaking news that Ronaldo has a ridiculous body … but who knew Jr. was a little ripper mini me of his international soccer star dad.

“Recovery time with my boy,” the 37-year-old forward wrote in the caption.

Everyone loved the ‘like father, like son’ moment … in fact, almost 6 million fans liked the post, with Al-Sailiya’s midfielder Driss Fettouhi writing, “the present and the future.”

Of course, that’s because Jr. is also a soccer stud. In fact, CR Jr. busted out his father’s signature ‘Siu’ celebration after scoring for Man Utd under-12 team in April.

Most importantly, it’s great to see Ronaldo and his family in good spirits after the awful tragedy they recently endured … when CR7 and Georgina Rodríguez lost their newborn baby boy shortly after birth.