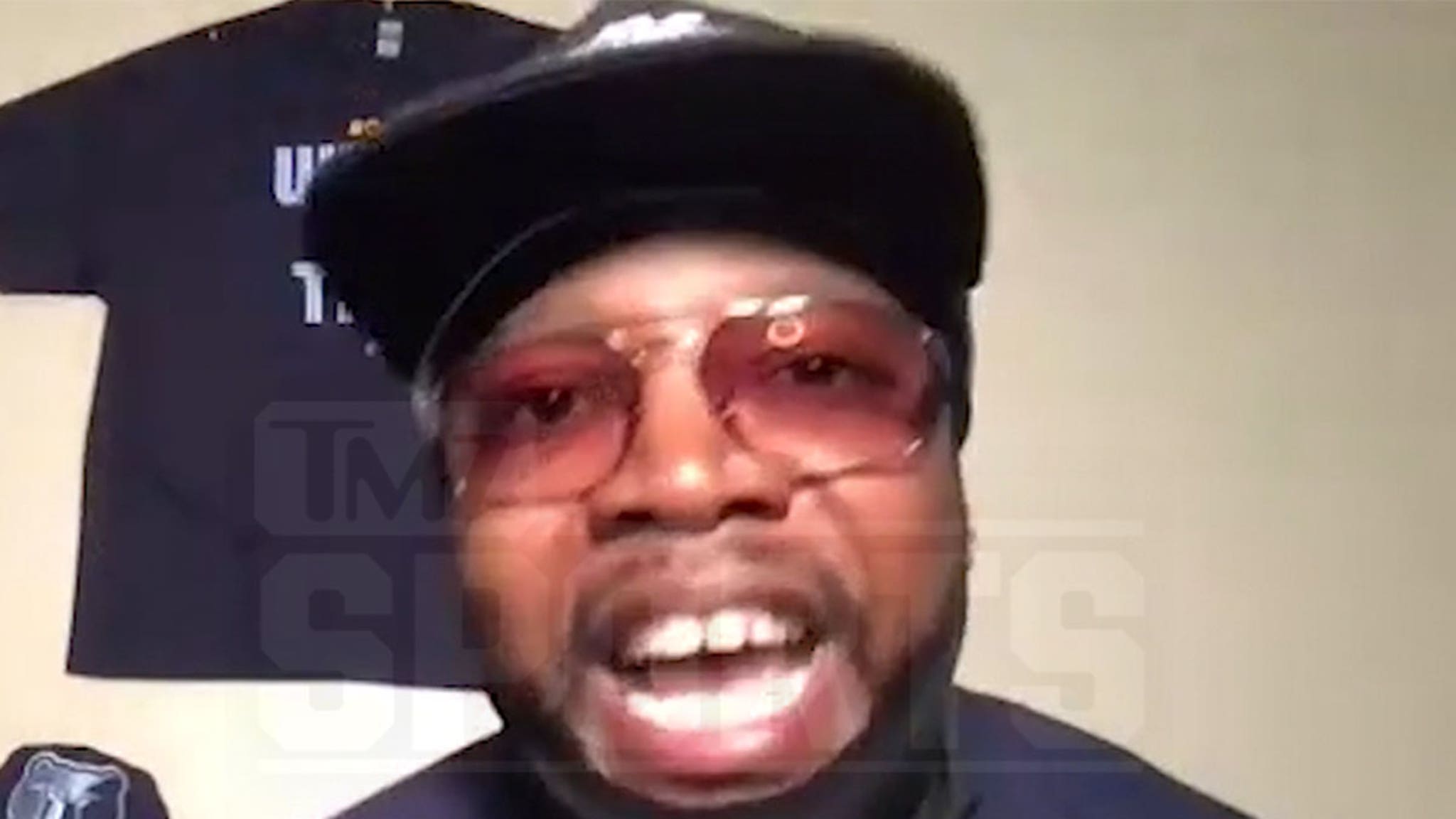 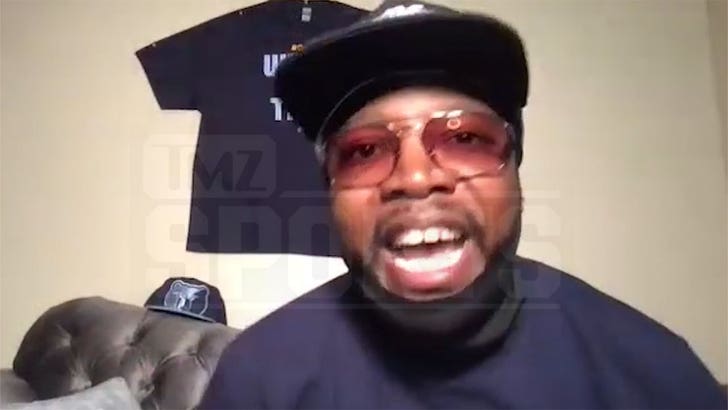 TMZ Sports spoke with the Southern MC after Memphis’ 134-95 blowout win over Golden State Wednesday night … and asked him how he felt about Curry saying his game plan heading into Game 5 was, “Whoop that trick.”

“To be honest with you, I had two different feelings,” Kapone said. “One feeling was, ‘Wow, Steph Curry just said whoop that trick.’ That was one feeling. Like, ‘Man, this is pretty big.'”

Kapone — who debuted the banger in 2005 — said the Grizzlies tapped him to perform the record Wednesday night … and once he saw Curry on the court, he knew what he had to do.

“I’m running around the court like I normally do,” Kapone said, “getting the crowd pumped, and I just so happen to look up and notice — there he is right there.”

“I gotta make you eat those words right now, for Memphis!!!”

Of course, the song is a big deal because of its Southern roots … but also because Terrence Howard performed it in the hit movie “Hustle & Flow” featuring Taraji P. Henson. 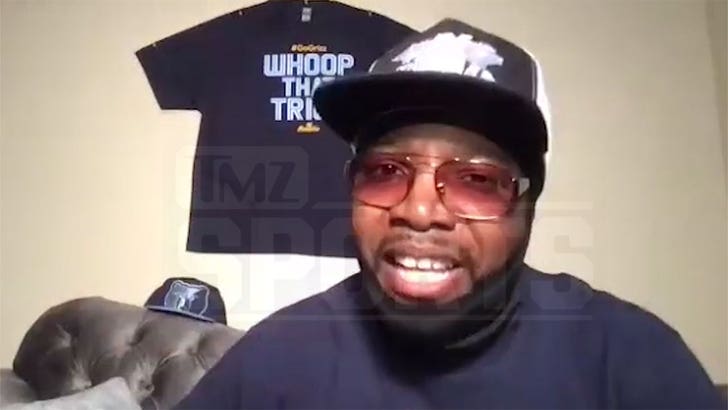 Speaking of TH, Al tells us he would love to share the stage with Howard and perform the legendary song together … whether at a concert or a Grizzlies game.

“I talked to Craig Brewer, who is the writer and producer of Hustle and Flow, and we have had that conversation,” Kapone said. “We’re definitely trying to make that happen.”

AK added he’s not sure if the Grizzlies will be pulling up to Game 6 in some of his custom “Whoop That Trick” shirts, which he sells on his website, but he’s predicting a victory for Memphis on Friday — and a series win next week.