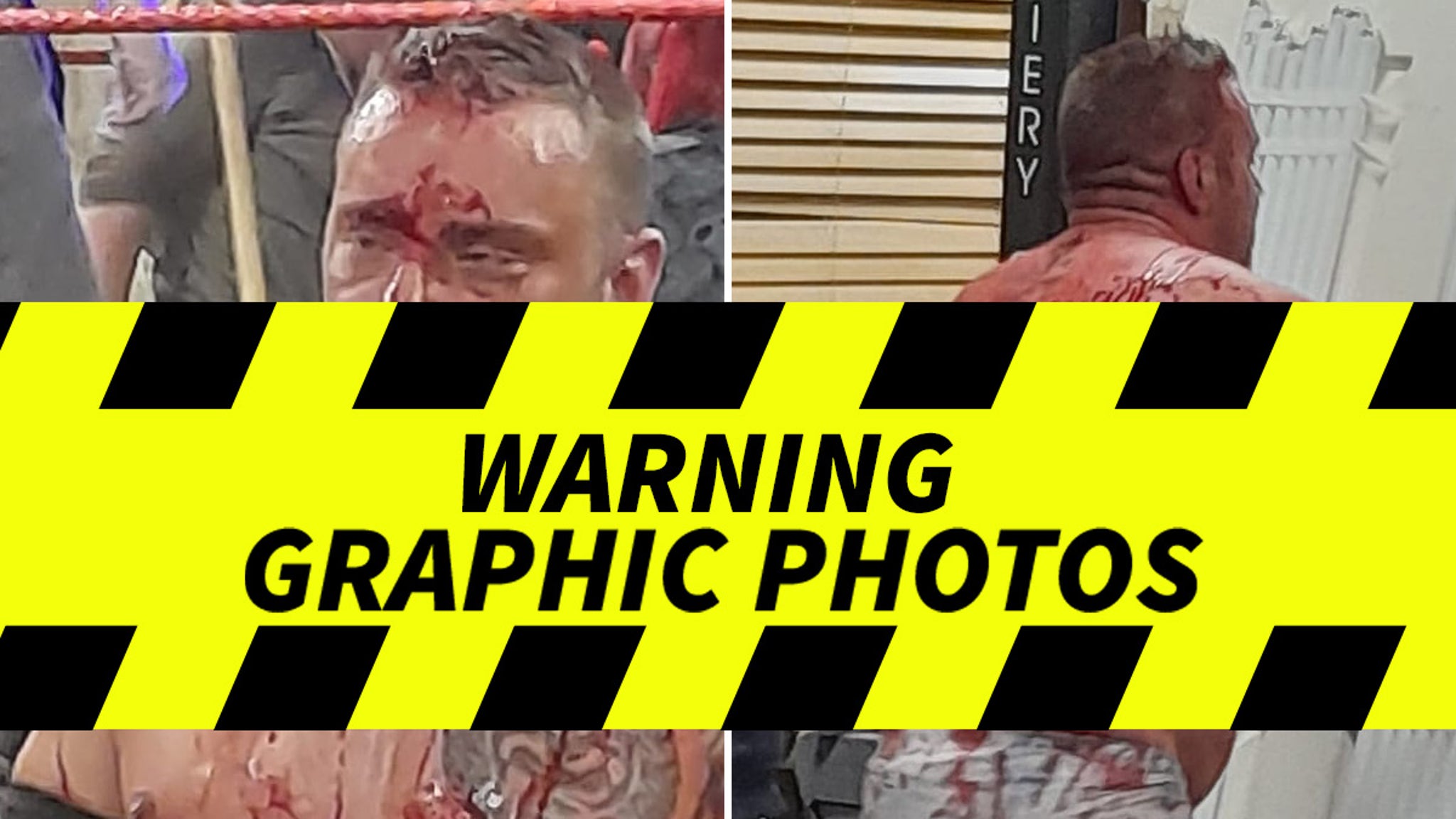 Two wrestlers in an overseas pro wrestling org. beat the hell out of each other so badly during a match — they both left the ring soaked in blood … and now, cops say they are investigating it all.

The gruesome tilt went down on April 29 in an event put on by the Colliery Championship Wrestling org. at the New Seaham Conservative Club in the U.K.

Competitors, Ronnie Thatcher and Blizzard, were headlining the card as the main event … and roughly 80 people, including children, had seats to the show. 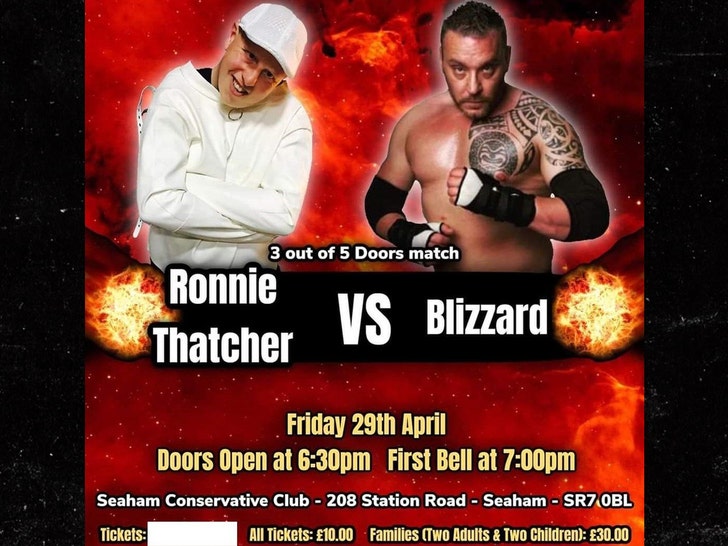 But, as the two were going at it in the ring, they suddenly got ultra-violent with each other — unexpectedly turning the fight into a “death match.”

They brought out weapons, glass, and even a weed whacker — and straight-up mauled each other so badly they were bleeding from nearly every limb on their bodies.

In fact, one video shows Blizzard slamming Ronnie straight through a piece of wood so badly, that it exploded everywhere. 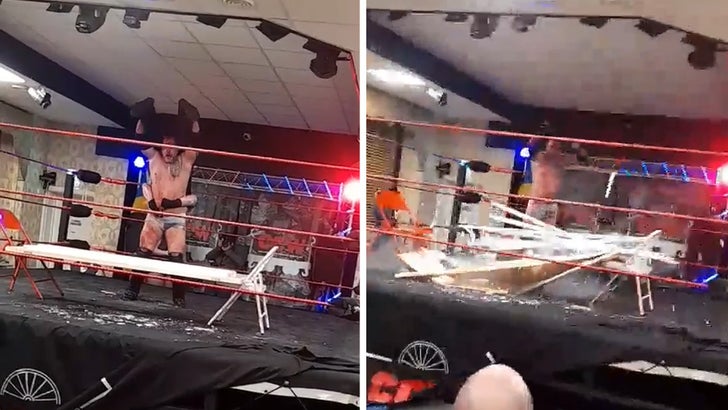 After the match, the CCW faced heavy scrutiny for the gore … and an event organizer, James Brass, apologized for it all.

“Things can sometimes not go to plan,” Brass said. “Obviously there was a little bit more that went down. I spoke to the two guys afterward. We had discussions and obviously, that will not be happening again.”

But, local police clearly feel an apology ain’t enough … ’cause in a statement to media outlets, cops said they are investigating it all.

“We are working with Durham County Council’s licensing team after a number of complaints were received by the local authority in relation to an event at Seaham Conservative Club on April 29,” the police said. “Inquiries are ongoing.”