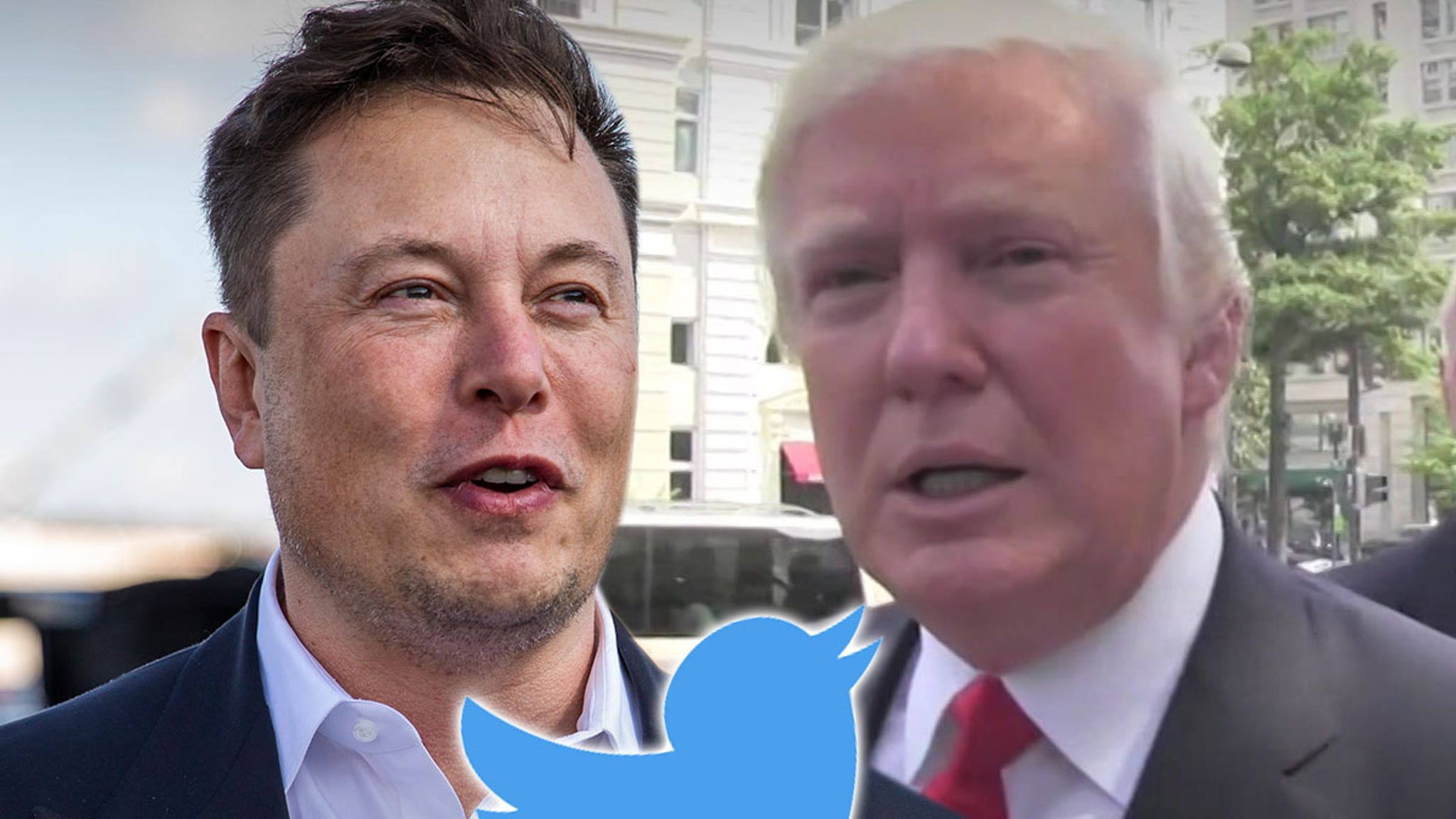 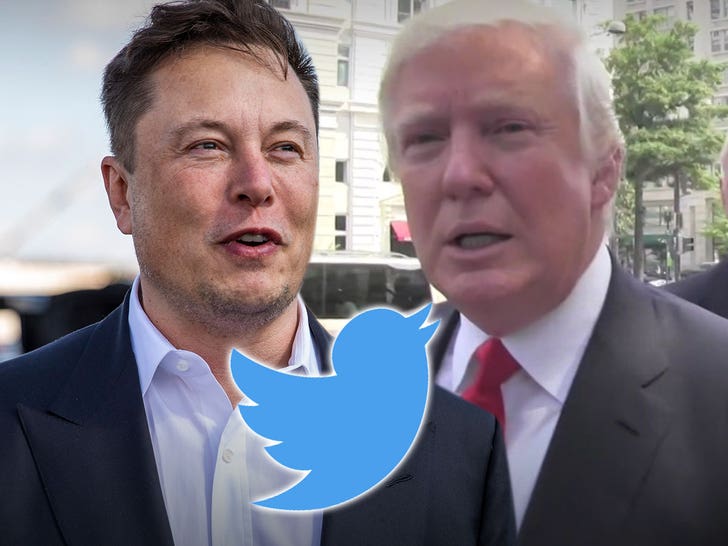 Donald Trump might be back in the Twittersphere soon enough — that is, if Elon Musk‘s mega deal to buy Twitter closes … ’cause the guys says 45’s ban was BS.

The Tesla chief — and soon-to-be new Twitter owner — signaled DT might be back on the bird app during a virtual chat at a car summit … saying he would reverse the permanent ban if the decision was up to him, and if very well could be in a matter of weeks.

EM called the move a “morally bad decision” in the first place, going on to say he saw it as “foolish in the extreme.”

His rationale is interesting … Elon essentially argued that Trump should be allowed to exist in the de facto town square, rather than allowing him and/or his loyal followers to foment/fester elsewhere — which is a bit of a different POV than his free speech one.

Elon says, “I think that was a mistake because it alienated a large part of the country and did not ultimately result in Donald Trump not having a voice. So I think this may end up being frankly worse than having a single forum where everyone can debate.”

You’ll recall … Twitter gave Trump the boot for good in January 2021, right after the Capitol insurrection, because they claimed his tweets had the potential to incite further violence.

Now, after a year-plus … it seems The Donald could actually return, ’cause Elon’s onboard.

Freddie Gibbs Fight Video From Alleged Assault and Robbery in Buffalo
Rod Stewart Tells Bill Maher He and the Queen Have Something in Common
Joe Burrow Says Browns Had To Take Chance At Deshaun Watson, Baker Will Be Okay!
‘Rookie of the Year’ Star Thomas Ian Nicholas’ Wife DJ Colette Files For Divorce
Camille Vasquez Offers No Response to Johnny Depp Dating Speculation