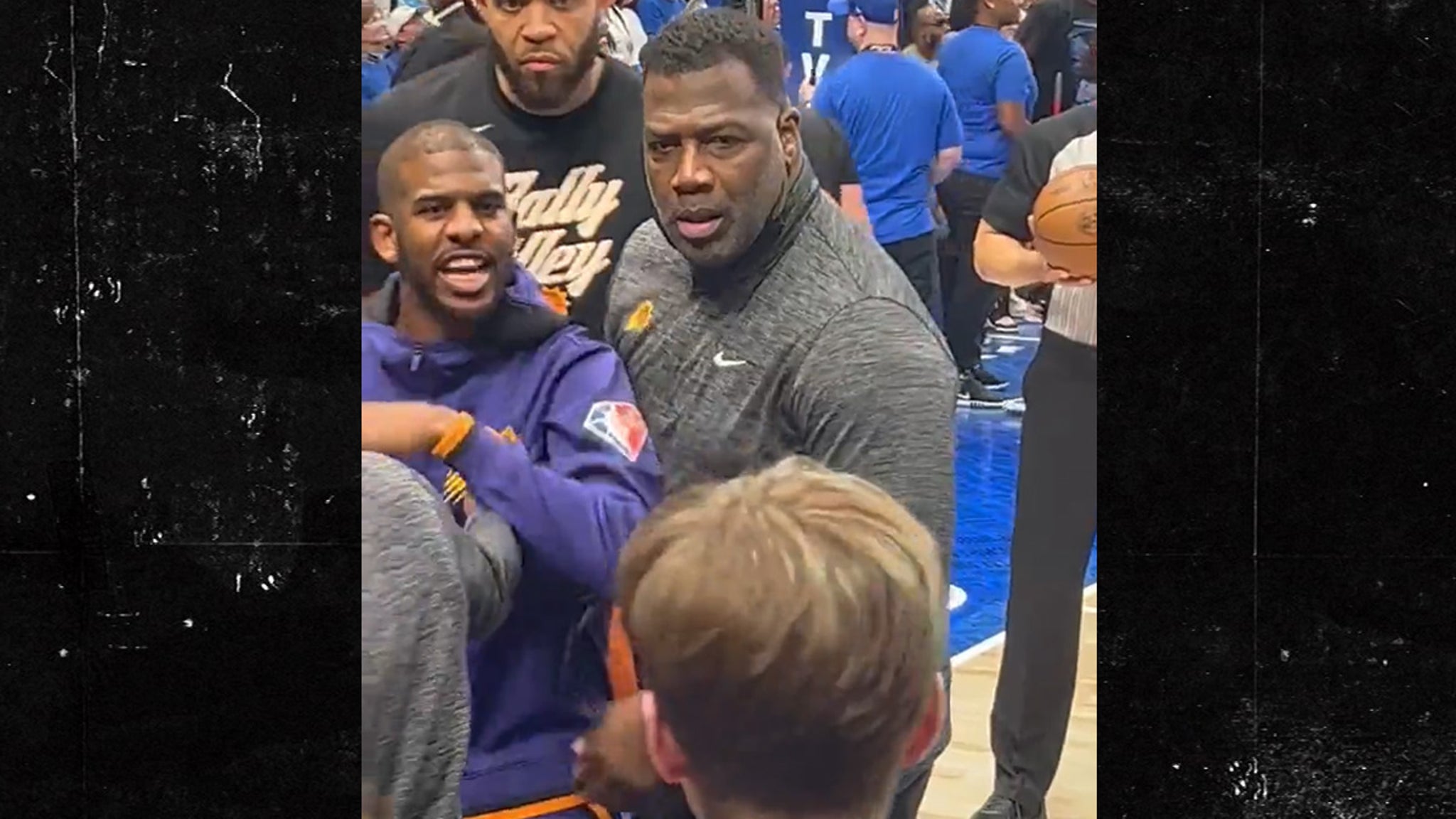 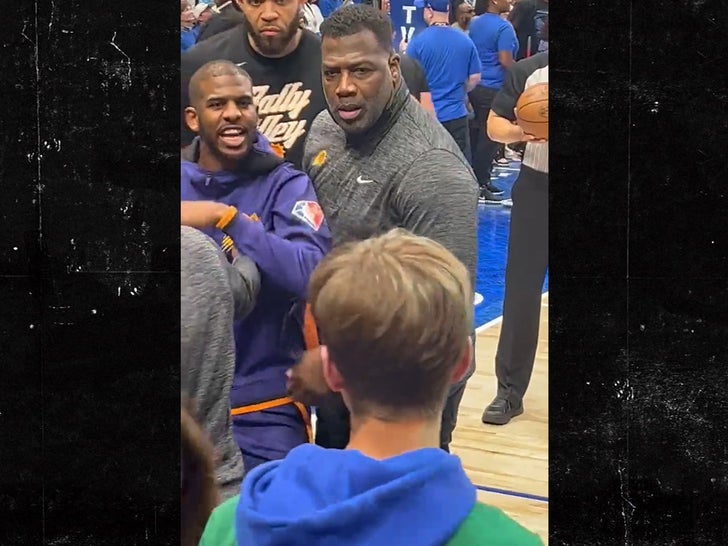 Chris Paul says a Mavericks fan had an extremely inappropriate interaction with his family during Sunday’s playoff game in Texas … claiming the Dallas supporter “put his hands on my mom.”

The incident allegedly went down at some point during the Suns’ loss to the Mavericks at American Airlines Center.

Paul’s mother, wife and kids were in attendance at the game sitting near the Phoenix bench … when, according to Paul, a fan physically contacted them.

“Wanna fine players for saying stuff to the fans but the fans can put they hands on our families,” Paul said after the game, “f*** that!!”

According to ESPN, the fan allegedly put his hands on Paul’s mom, and also pushed the NBA star’s wife. The outlet reports Paul’s kids saw it all happen.

Someone was escorted out of AAC after allegedly putting hands on one of Chris Paul’s family members pic.twitter.com/Z7UhGsHV59

Video shot by fans near the Suns’ bench appears to show part of Paul’s reaction to learning of the fan’s alleged actions.

In the clip, you can see Paul was furious with a Mavericks fan, clearly telling the guy, “Hey! I’ll see you later!”

In another video from the arena, Paul can be seen telling security guards, “He put his hands on my mom.”

Paul tweeted just a few minutes ago, taking issue with Dallas fans putting their hands on his family. pic.twitter.com/9DA0ZPqAEA

The Mavericks said in a statement after the game they were aware of the incident and the fan was removed from the stadium.

“The Dallas Mavericks are aware of an incident between a fan and the family of Chris Paul,” the team said. “It was unacceptable behavior and will not be tolerated. The Mavericks, along with American Airlines Center, swiftly removed the fan from today’s game.”

Paul has yet to comment further on the situation.