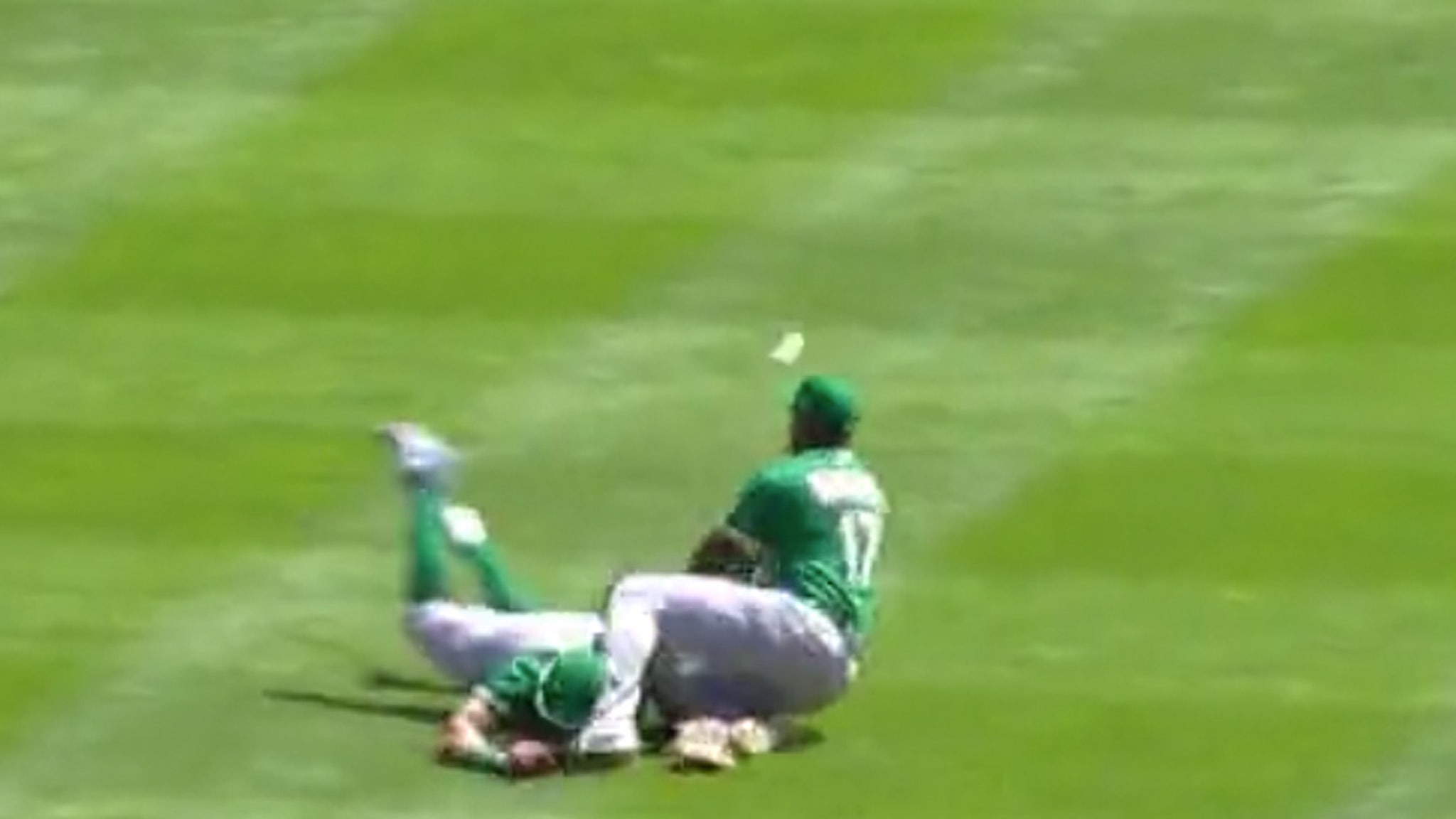 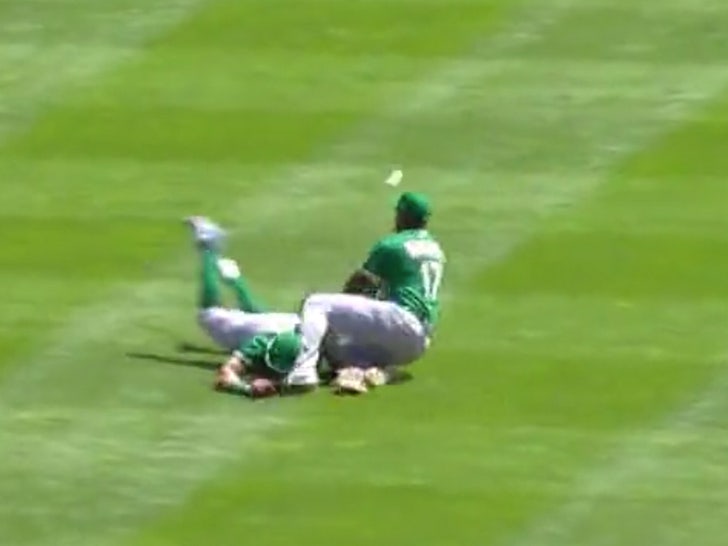 Scary moment on the MLB diamond Tuesday … A’s shortstop Elvis Andrus hit Chad Pinder in the face with his knee in a violent collision during Oakland’s game against Detroit.

Thankfully, both guys were somehow OK.

The horrifying moment just went down in the fifth inning of the A’s vs. Tigers afternoon matchup … when Andrus attempted to leave the infield to catch a short pop-up that was dropping in left field.

Scary collision in DET between Pinder and Andrus. Really hope these guys are ok. pic.twitter.com/94Kt4mpP2S

Pinder raced in from deep in left to also try to catch the ball — and as he dove to make the grab, Andrus accidentally hit him with full force.

Video shows Andrus’ knee hit Pinder’s face hard — and the two stayed down on the grass for several minutes.

Trainers eventually came out to check on the Oakland duo — and, wildly, both guys ended up being fine and stayed in the game.

Yeah, and you thought hockey players were tough.