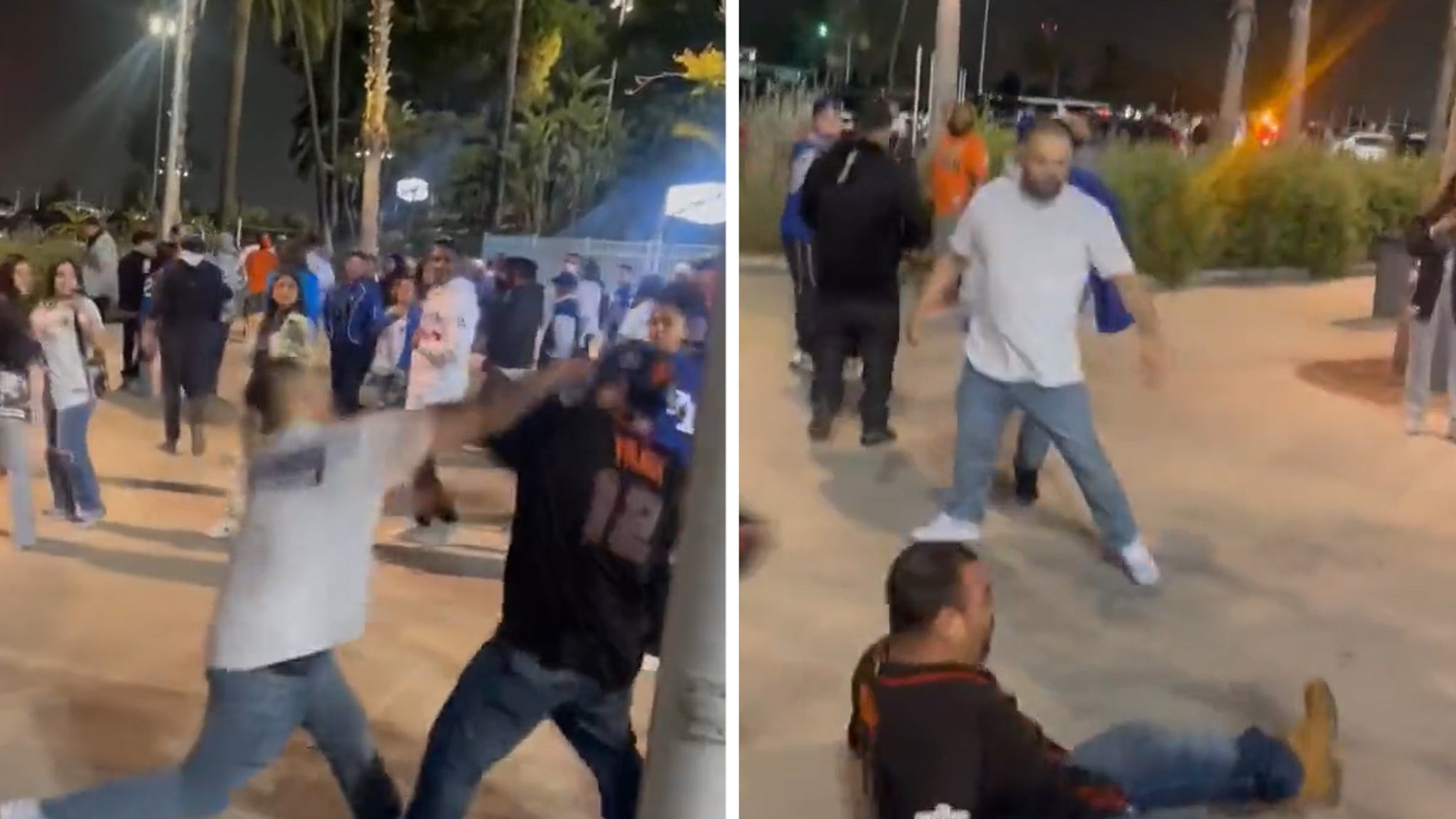 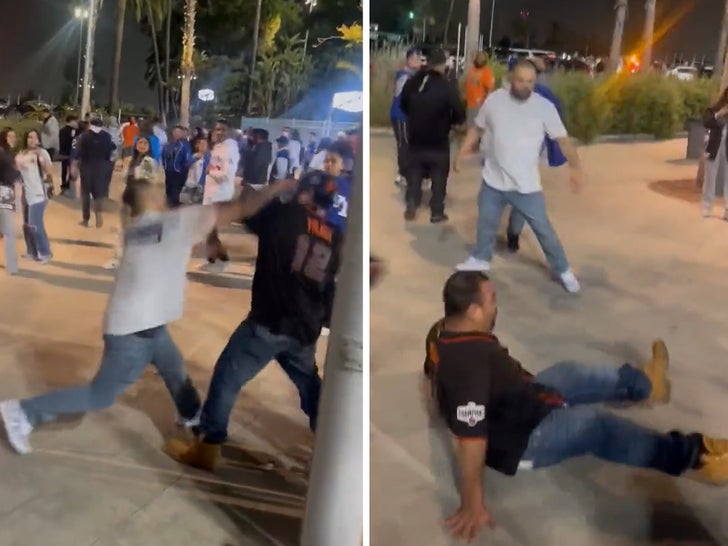 The S.F. Giants lost to the Dodgers on Thursday night … and then one of their fans got dropped in a fist fight afterward — and the violence was all captured on video.

Shortly after Brandon Crawford and the Giants took an L at Dodger Stadium … one of their fans suffered the same fate in a scrap outside the venue.

Footage shot by a bystander shows the Giants fan got into an argument with a man in a white T-shirt — and seconds later, it didn’t end well for him.

What’s that? Another fight at Dodger Stadium? pic.twitter.com/ku6JHhTLMm

You can see the guy in the Joe Panik jersey was popped in the face twice — with the second punch putting him on the ground.

Fortunately for the Giants fan, the other combatant took off following the big right hand — appearing to save him from further damage.

Doesn’t seem anyone suffered any significant injuries — other than perhaps a big blow to the ego.

Of course, this is far from the first tilt between fans at MLB games this month … just a couple days ago, Chicago Cubs fans fought it out in the bleachers at Wrigley Field.

Begs the question … why can’t we all get along at the ballpark?!