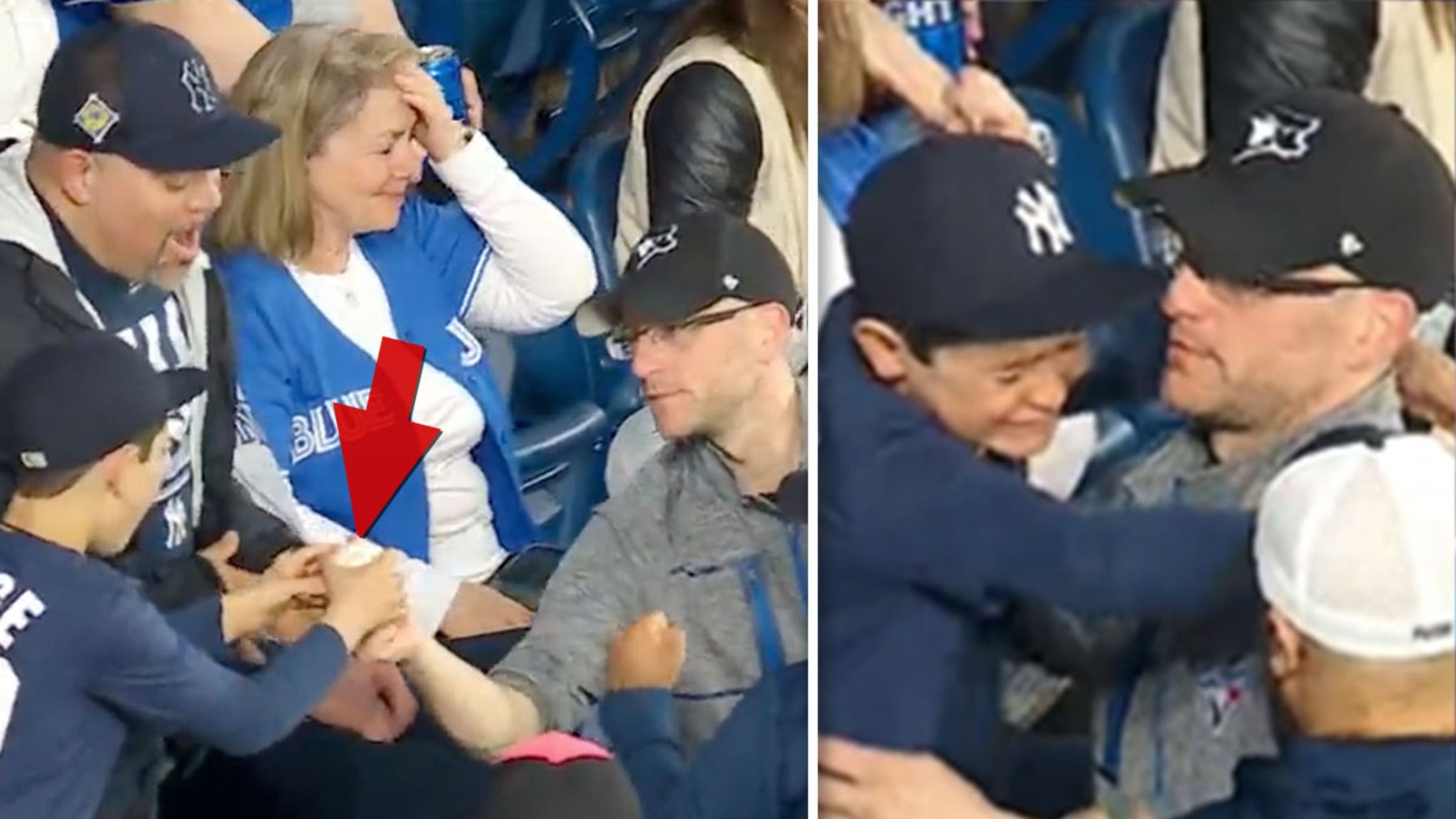 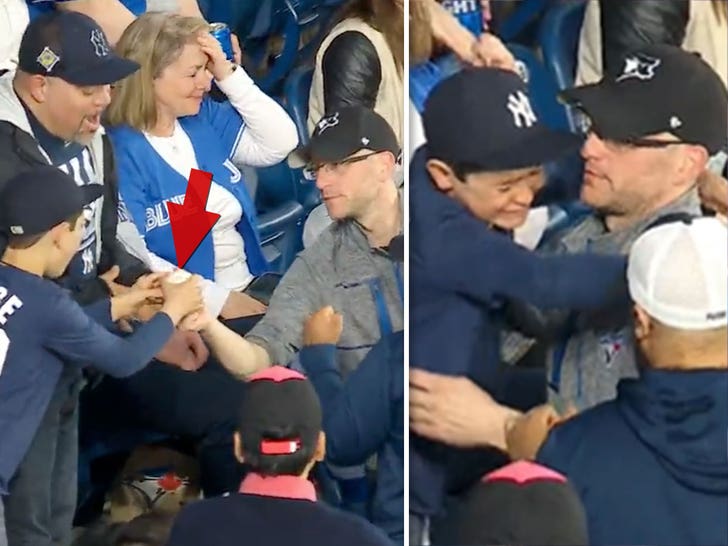 Here’s a video that’ll hit ya right in the feels … a Blue Jays fan gifted an Aaron Judge home run ball to a little Yankees supporter — and the gesture was so appreciated, the kid actually cried tears of joy!!

The moment happened in the sixth inning of New York’s game against Toronto at Rogers Centre … when Judge blasted a moon shot into the upper deck in left field.

A Toronto fan initially caught the souvenir … but he turned and handed it to a little Yankees fan sitting near him — and what happened next was truly amazing.

The kid — who was wearing an Aaron Judge shirt — burst into tears and gave the guy a huge hug!!!

In the clip of their interaction, which was thankfully caught by broadcast cameras, you can see after the two embraced, the boy was completely overwhelmed with joy.

And, as icing on the cake for the little Judge fan … the Yanks ended up trouncing the Jays, 9-1.

Talk about a great Tuesday at the ballpark.