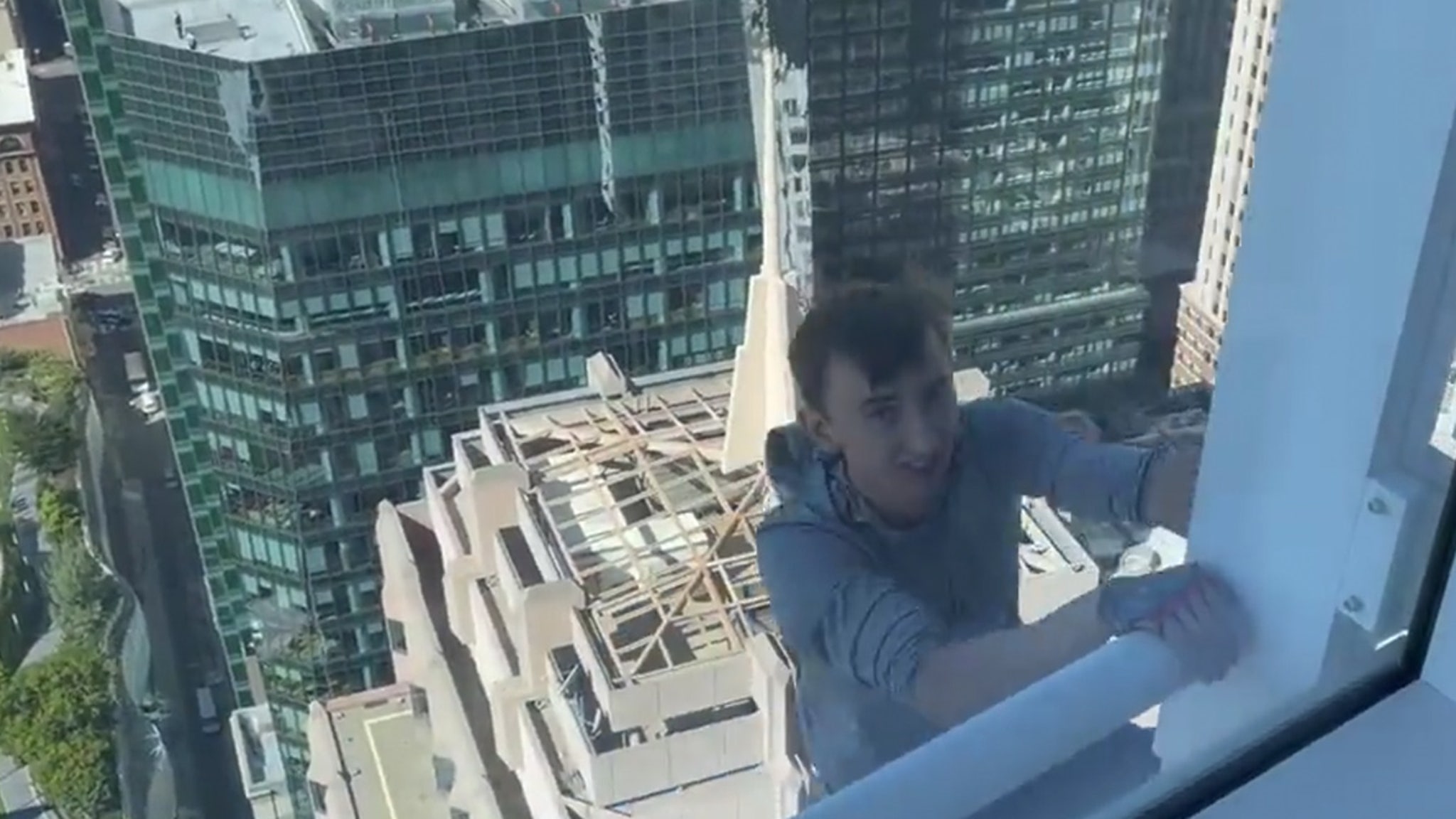 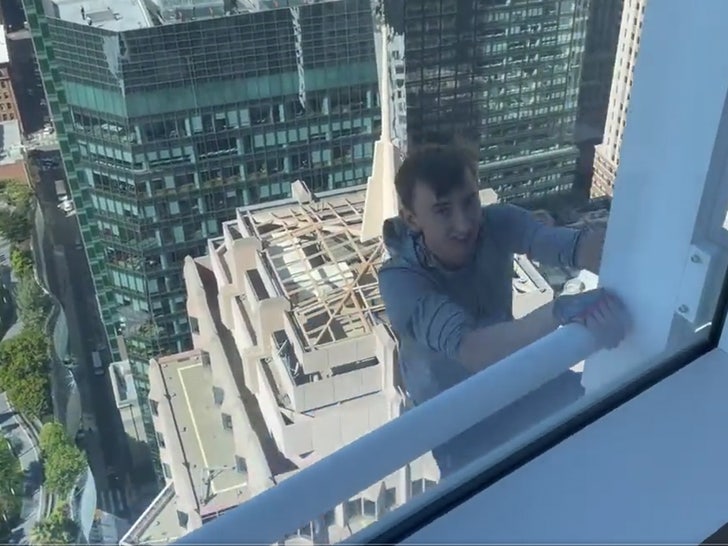 11:27 AM PT — S.F. Fire Department officials say the climber has made his way down the building and is currently with police.

Unreal scene in San Francisco on Tuesday morning … a daredevil is climbing up the city’s tallest skyscraper — with no ropes or safety nets.

The urban climber began his ascent on the Salesforce Tower in the middle of downtown S.F. shortly after sunrise — and as of this posting, he’s nearly made it to the top of the 60-floor, 1,070-foot tall building.

Walking to get coffee in San Francisco and this dude is just climbing a building pic.twitter.com/aTzeXLVBa8

Videos shot by bystanders outside of the building are breathtaking … showing the guy scaling the structure seemingly without any issues at all.

In footage shot from people inside of the skyscraper, you can see the climber was calm and cool — and even smiling — as he made his way toward the top.

Authorities in San Francisco are on the scene … and are condemning the man for the stunt.

“This person is placing firefighters’ lives and the public’s safety at risk,” S.F. Fire Dept. officials said in a statement. “AVOID THE AREA and join us in condemning this action.” 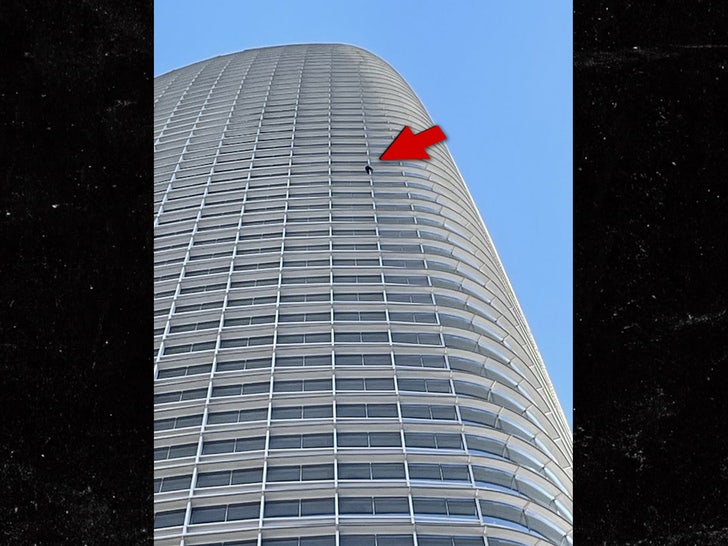 No word on who the climber is yet or if he’s facing arrest if/when he makes it down.