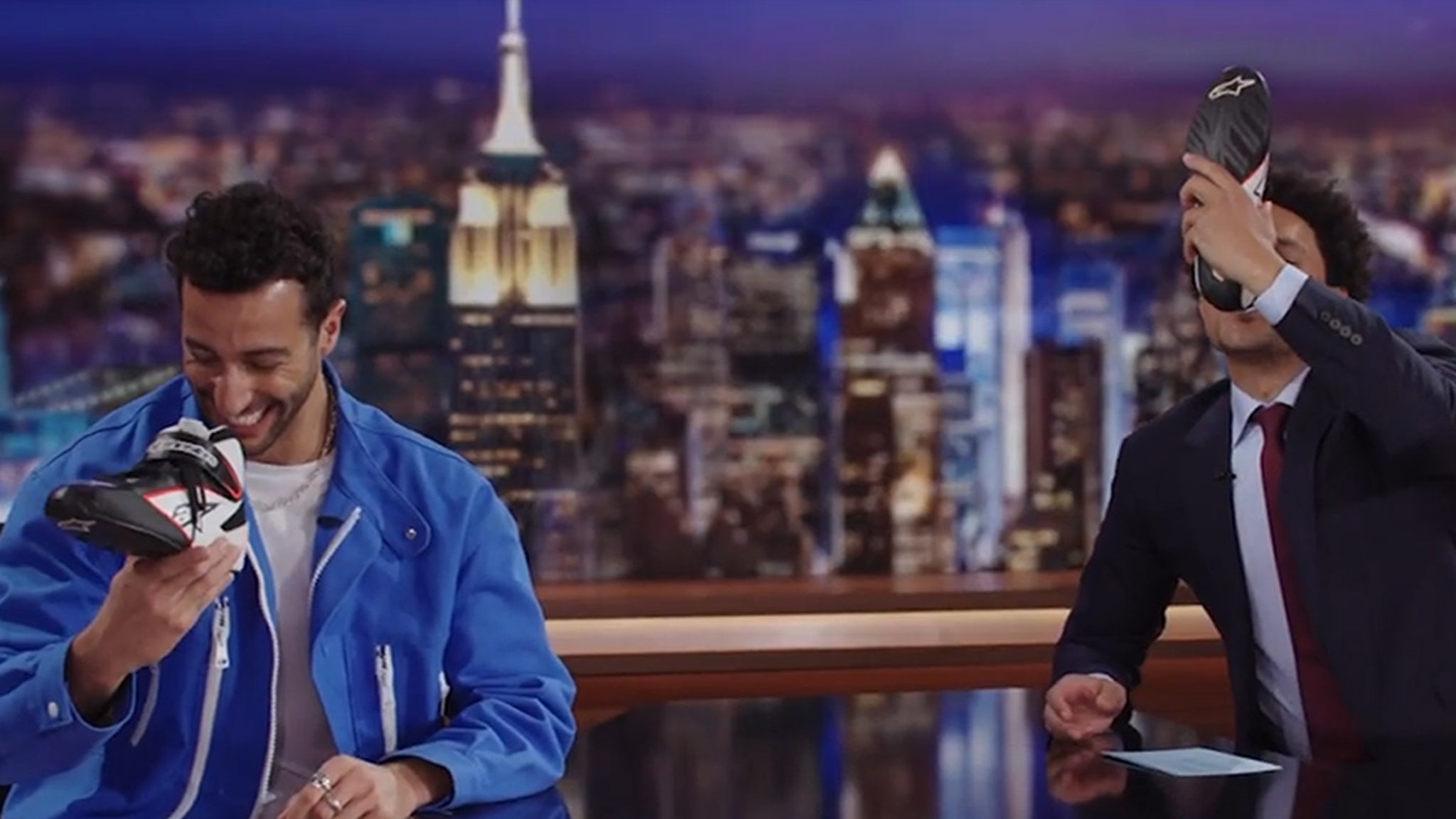 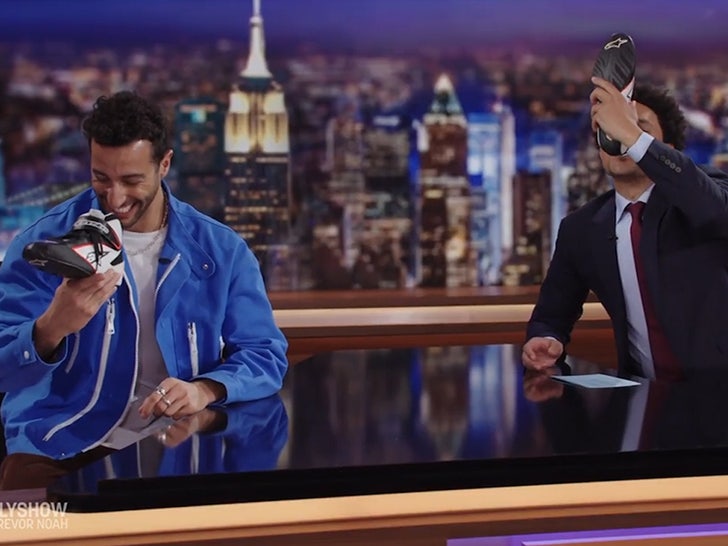 F1 superstar Daniel Ricciardo brought his signature “shoey’ celebration to “The Daily Show” on Thursday … chugging champagne out of a shoe with Trevor Noah!!

The McLaren driver — who commemorates every podium finish by downing bubbly out of his sweaty ass boot — reenacted the iconic Australian tradition on the desk alongside the host … and it was hilarious!!

Initially, there were two mugs sitting on the desk … but Noah quickly swapped them out for shoes and brought out a bottle of champagne to make Ricciardo feel more “comfortable.”

But, the shoes weren’t just props — the guys ended up chugging the booze!! 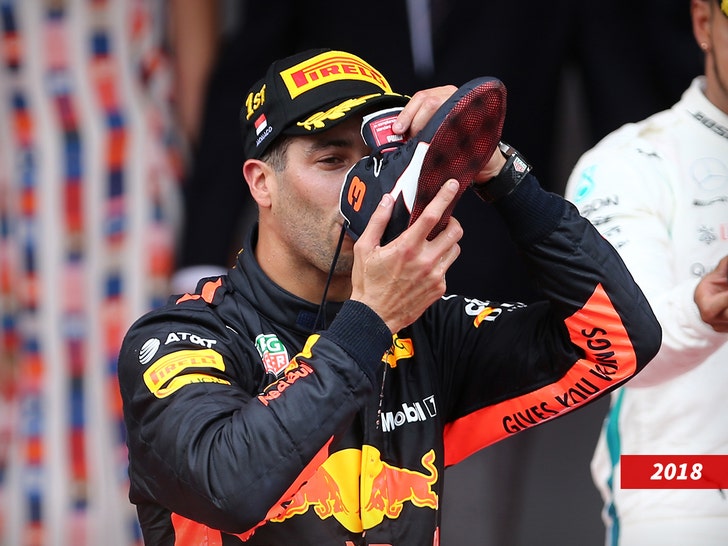 Of course, the shoey has become quite popular in recent years — Post Malone has done it in the past, and UFC boss Dana White even did one with heavyweight Tai Tuivasa, too!!

Ricciardo also talked some F1 … admitting he “hated” apologizing to Carlos Sainz after he caused the Ferrari driver to retire his car in the first lap of last weekend’s race in Imola … and explained the challenges he’ll face in Miami next month.