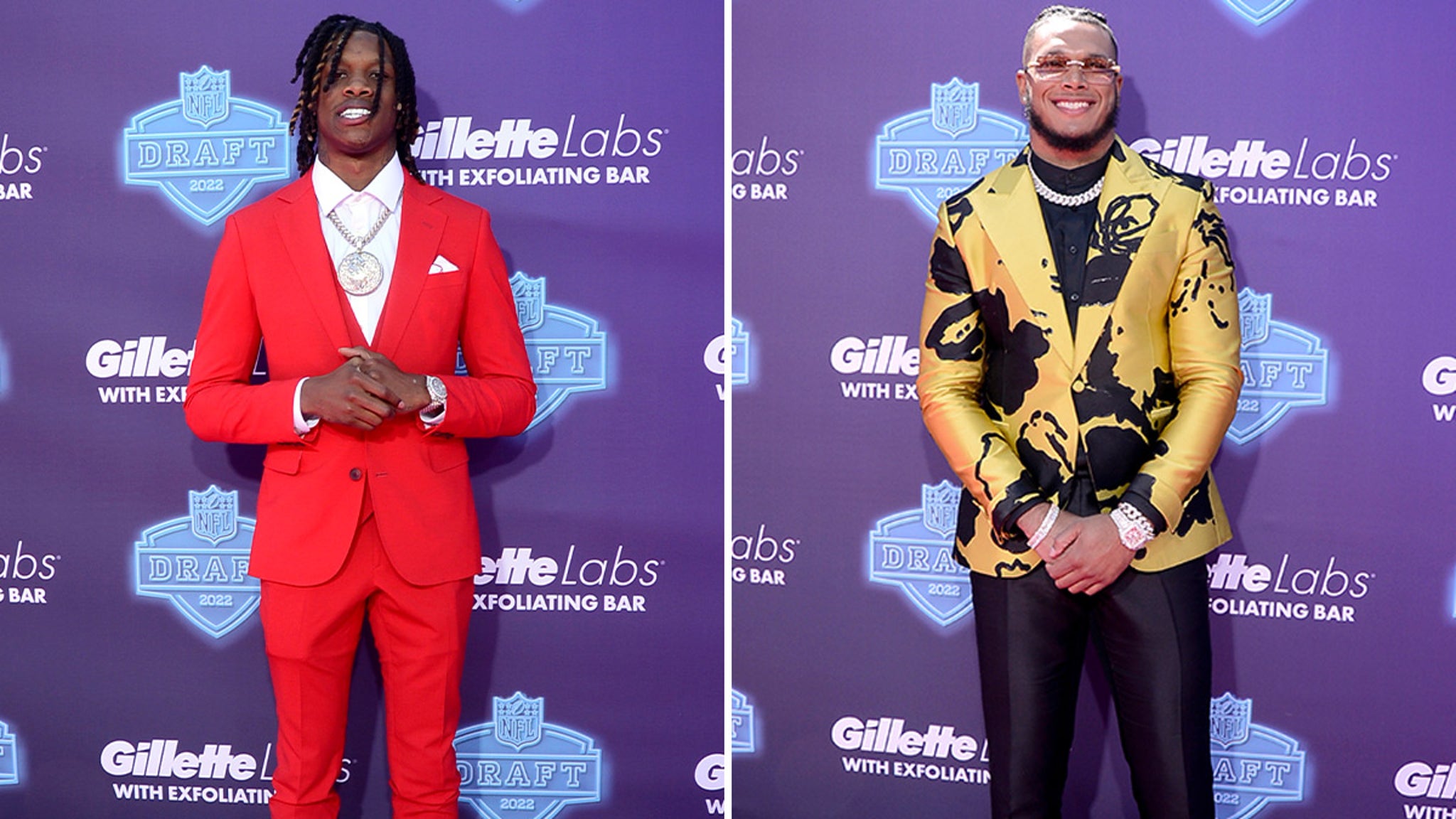 The NFL Draft is here — and since the big event is in Vegas this year, the draftees had to make sure their fashion game was on point … and they certainly didn’t disappoint!!

Aside from the picks and wild moves, the most talked about part of the night is always the swaggy ‘fits these future superstars decide to wear when their names are called … and lucky for you, we got the best looks all in one place.

Getting things started off is Cincinnati DB Ahmad Gardner who lived up to his nickname by rockin’ a baby blue suit, white shirt and some bling that says “SAUCE” in all caps.

Utah Utes linebacker, Devin Lloyd, is photoshoot fresh with a black shirt and custom burgundy suit — which appears to have different pictures of his career and personal highlights.

Alabama wide receiver Jameson Williams is wearing a red suit with a white shirt … and as for the feets, he’s sportin’ some red and white Louis Vuitton trainers.

Jermaine Johnson II, a defensive end for Florida State, pulled up to draft donning a smooth gold and black blazer with black pants and black loafers.

Alabama offensive tackle Evan Neal has his hometown of Okeechobee in Florida literally woth him for his big moment … with the city’s name designed on the inside of his blazer.

Draft Day is here … so buckle up, we’ve got you covered on the whole thing.