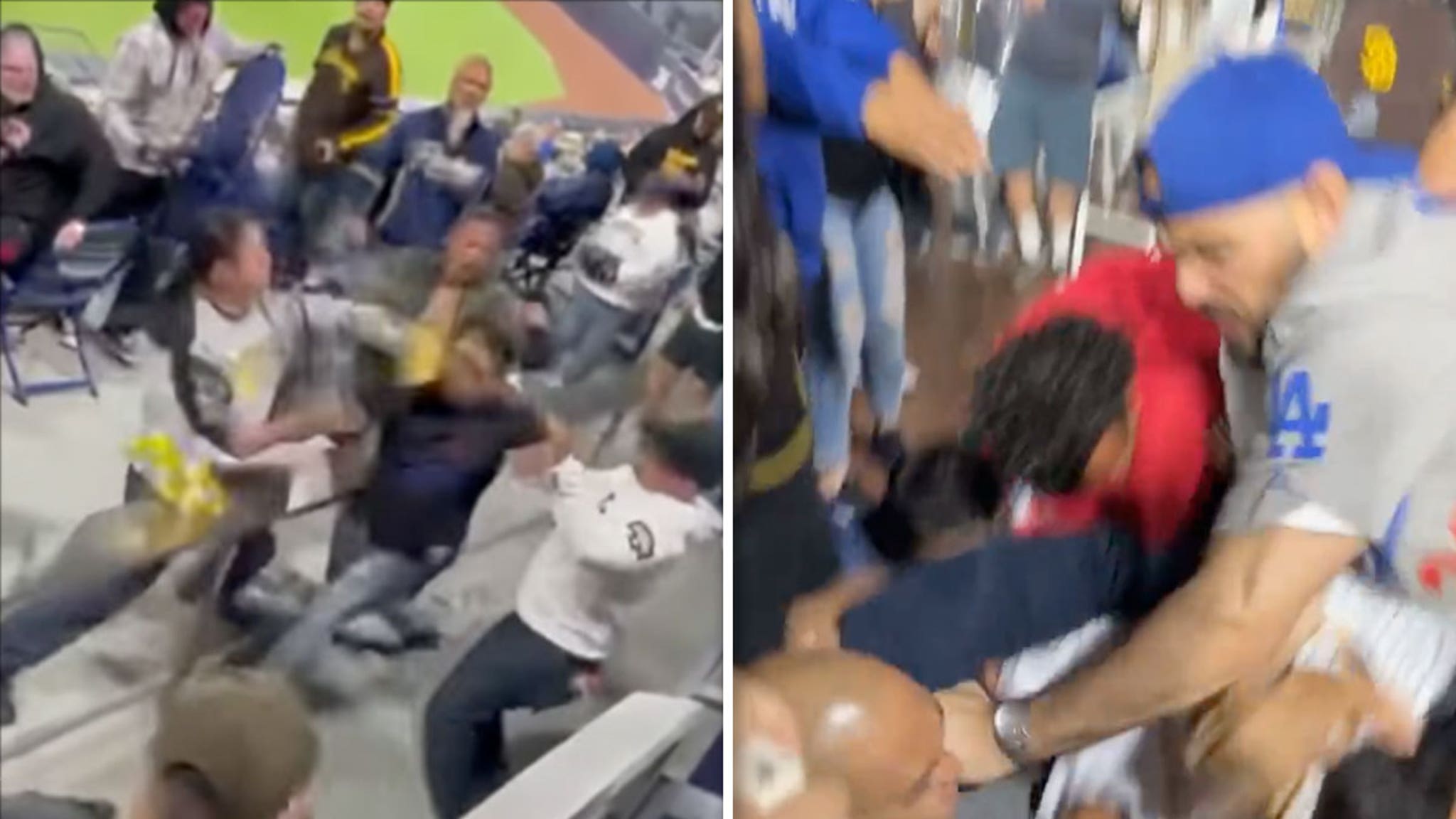 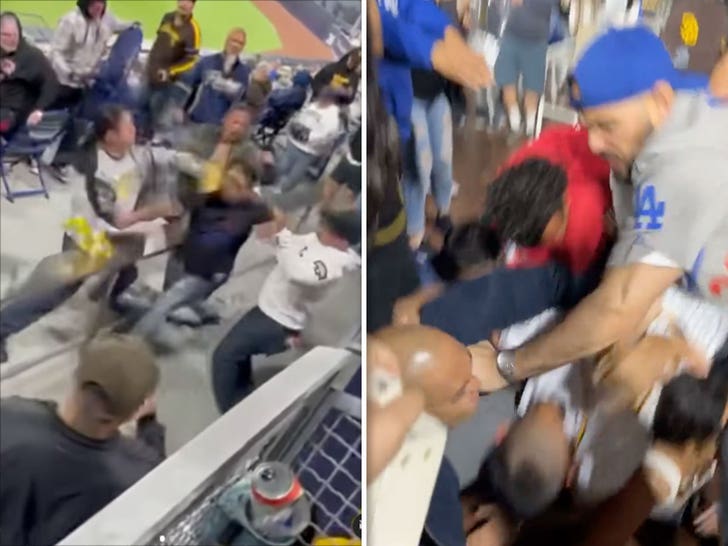 Things got real between the L.A. Dodgers and San Diego Padres fans this weekend … a bunch of brawls popped off at Petco Park, and the action was caught on video!

The series went down from Friday to Sunday … and several fights broke out around the stadium. Men, women … everyone partook in the fisticuffs.

In one of the more violent videos, you see two men wearing Padres attire goin’ at it with two other guys rockin’ L.A. gear — as the men just tee off on each other.

Things took a scary turn at one point … one of the guys seemingly slammed the back of his head on a metal bench.

Another showdown happened involving a big group of people … and it was captured from two different angles.

Thankfully, stadium security eventually arrived and order was restored before the fight got any worse.

FYI, the Dodgers beat the Padres two out of three games … and (thankfully) don’t see each other again until 4th of July weekend.

Expect some fireworks … in the sky and in the stands.