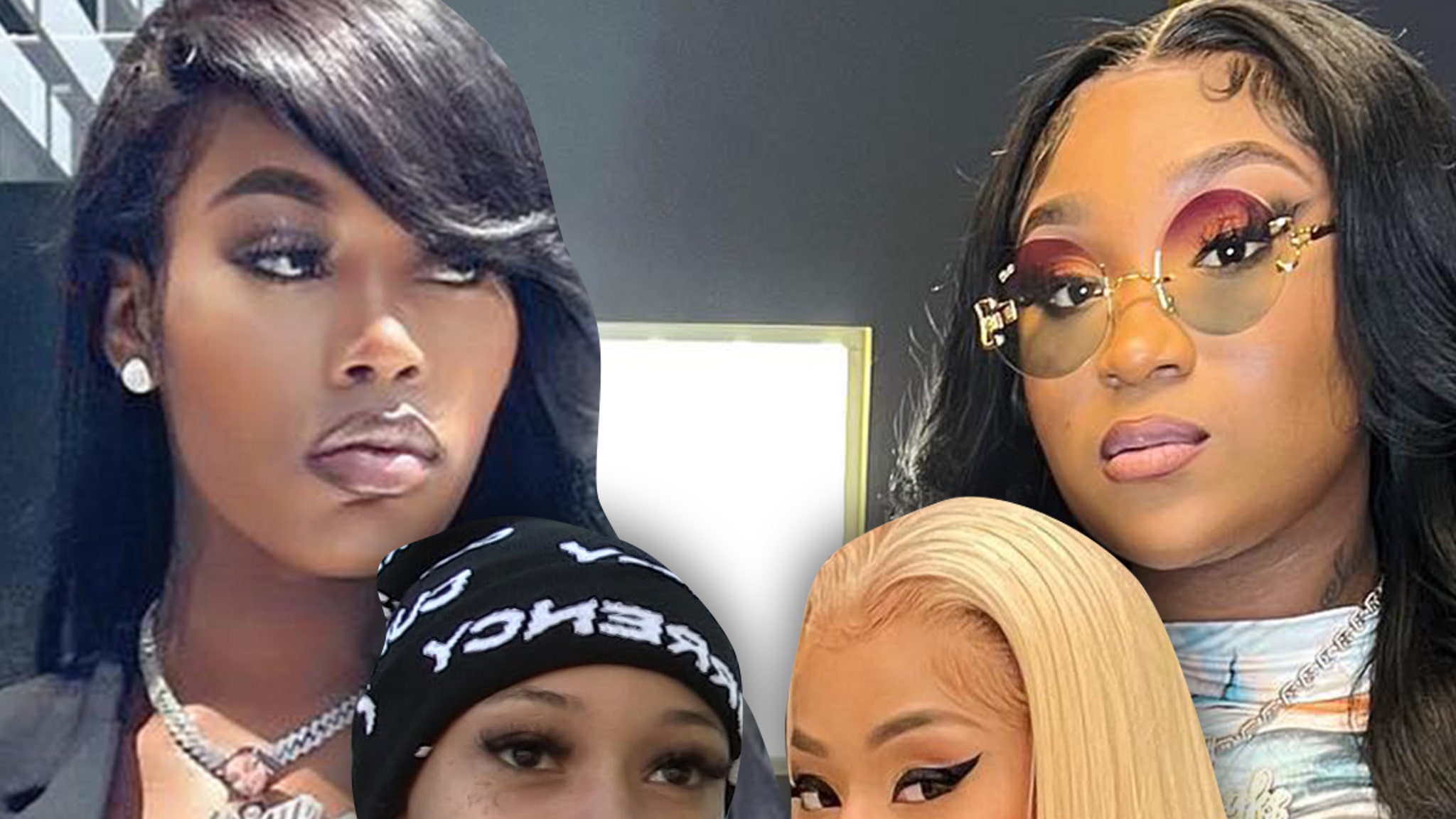 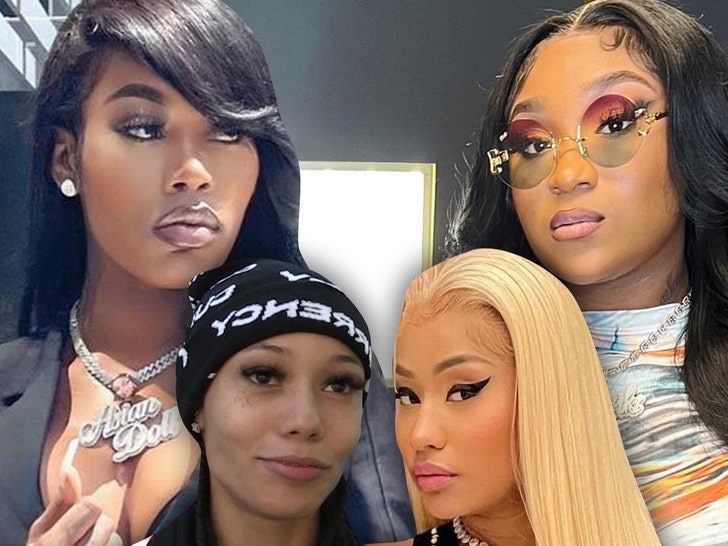 Erica Banks is on an island by herself after unloading on Nicki Minaj and the female rappers on her collabs — Asian Doll is making sure she doesn’t get dragged into the simmering feud.

The beef started sizzling when Erica – who earned a Gold plaque last year after her single “Buss It” blew up on TikTok – revealed on REVOLT’s Big Facts podcast that Nicki blocked her on social media, because she feels the Queen Barbz prefers working with female rappers who lack lyrical skills.

When the Big Facts crew pressed Erica to name her peers who can’t find bars, the Dallas native pleaded the Fifth … which led the Internet to speculate it was yet another Coi Leray dig. She’s been taking shots from every which way following Billboard’s report she only sold 9,000 units for her debut album, “Trendsetter.”

The album featured the colorful Nicki collaboration “Blick, Blick” … which does have 15 million YouTube views, but clearly isn’t helping move her album

When Coi got wind of Erica’s shade, she reacted to the clip with a series of laughing emojis … a much softer reaction than that of Asian Doll.

Erica’s fellow Dallas native has also been vocal about her desire to work with Nicki, but in a fiery round of tweets, she shut down all association with Banks’ salty remarks, and even went as far as to say she played herself. 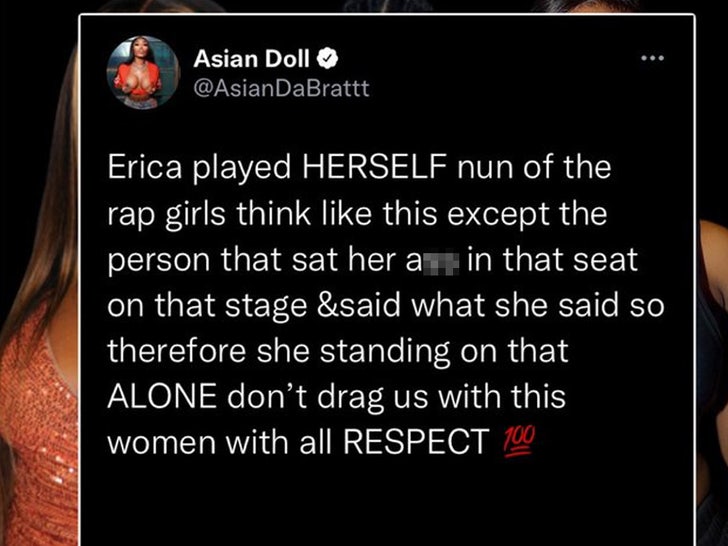 As for Coi … she’s taking the wave of newfound attention in stride, and claiming her final sales figures were closer to 11.5 million.