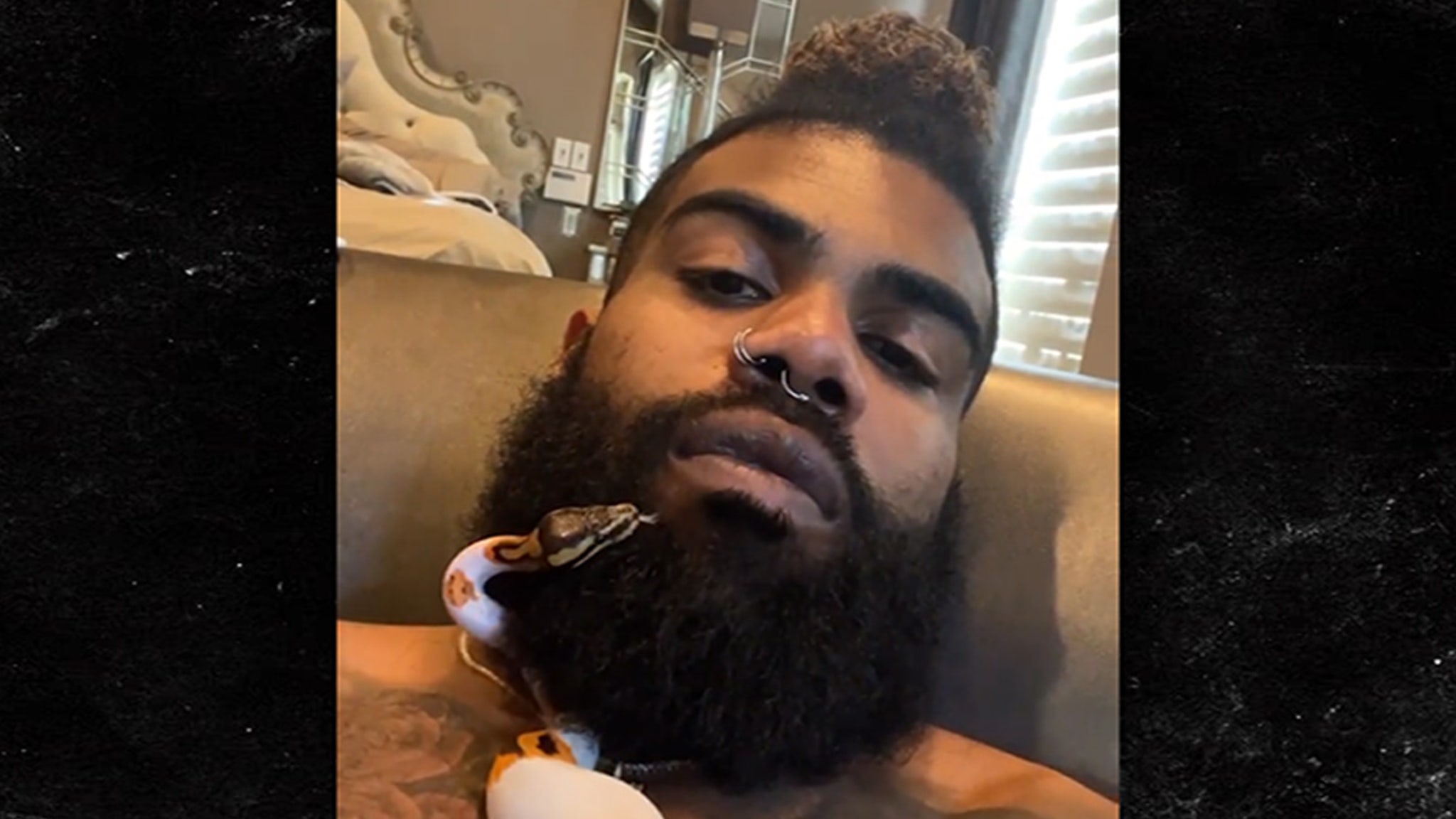 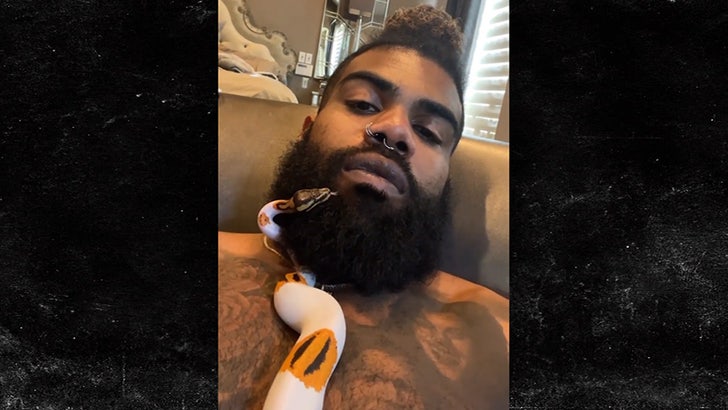 Ya knew Ezekiel Elliott wasn’t scared of anything … but did you know it went to THIS extent?!?!

The Dallas Cowboys superstar posted a video of him with his pet snake on Wednesday … showing no fear whatsoever as the reptile crawled all over his beard and shirtless body.

Check out the footage … it’s absolutely hair-raising — the snake wiggled across Elliott’s 225-pound frame, all while sticking out its tongue repeatedly.

Zeke, though, seemed to love it — filming the interaction with a steady hand on the camera the entire time. 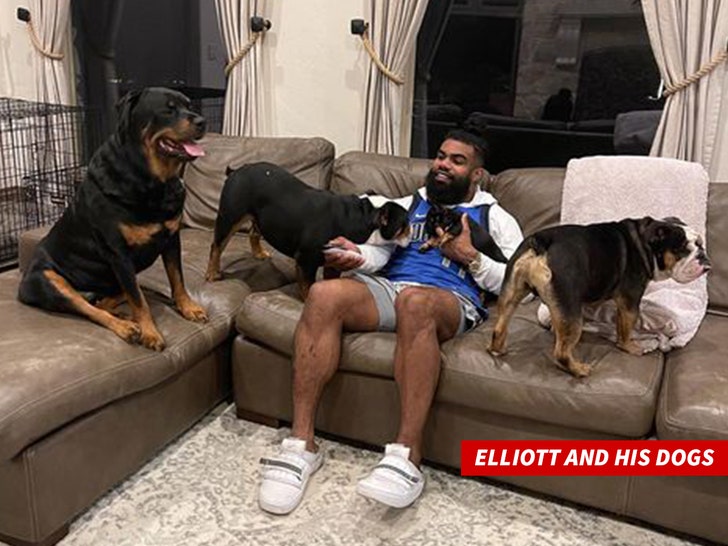 Elliott — an animal lover who’s usually spending most of his time with his dogs — has had the pet snake for several weeks now, and it’s clear their bond is growing by the day.

Wild stuff — but, hey, did you expect anything else from one of the toughest players in the NFL?!?