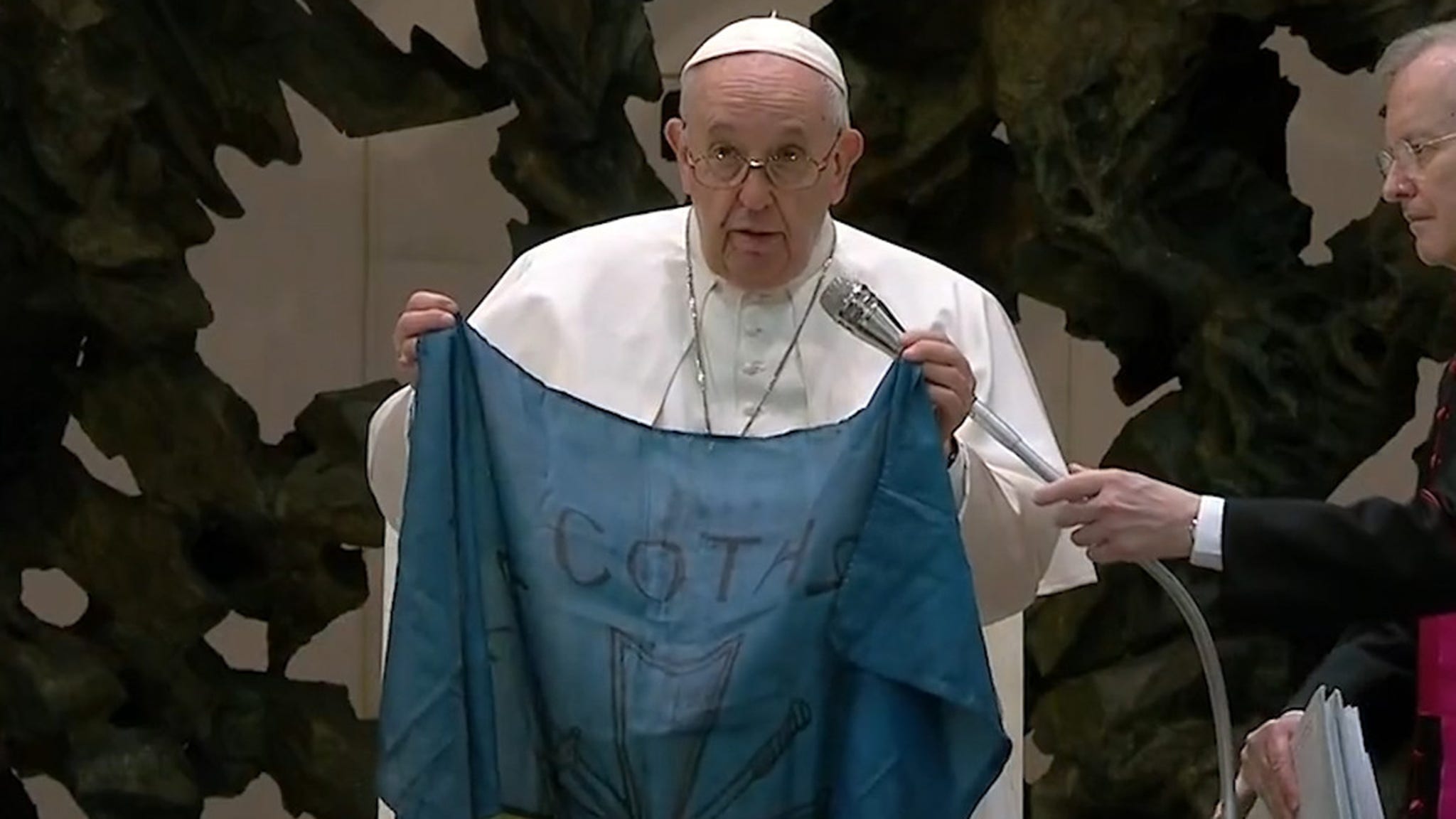 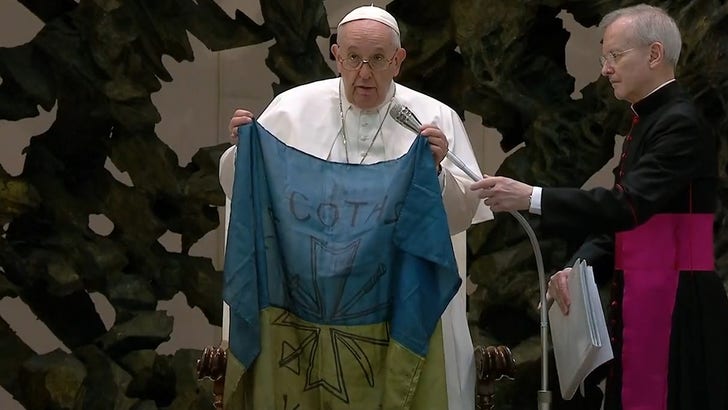 Pope Francis is condemning the war in Ukraine — and arguably Putin — by kissing a flag that once flew in the city of Bucha … where Russians soldiers left dead bodies tied up and lying in the streets after torturing and shooting them.

The Pope displayed the tattered and stained flag to his weekly audience Wednesday in the Vatican’s auditorium. After kissing and displaying it, the crowd burst into applause. 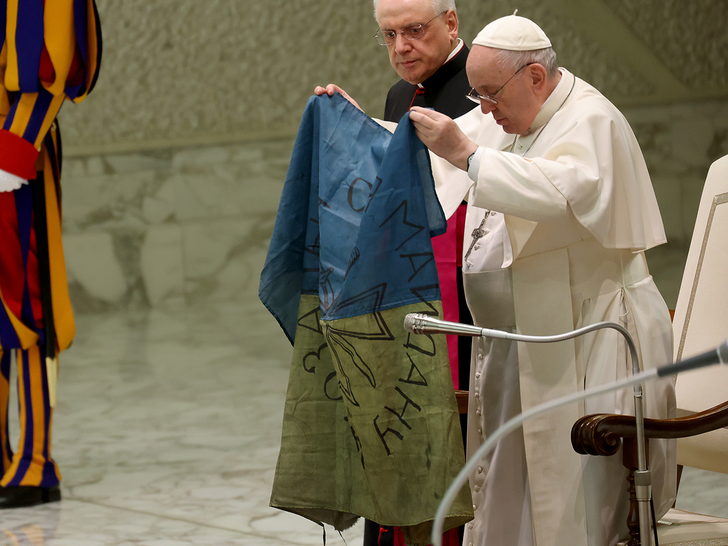 The Pope said, “Recent news from the war in Ukraine, instead of bringing relief and hope, brought new atrocities, such as the massacre of Bucha.” 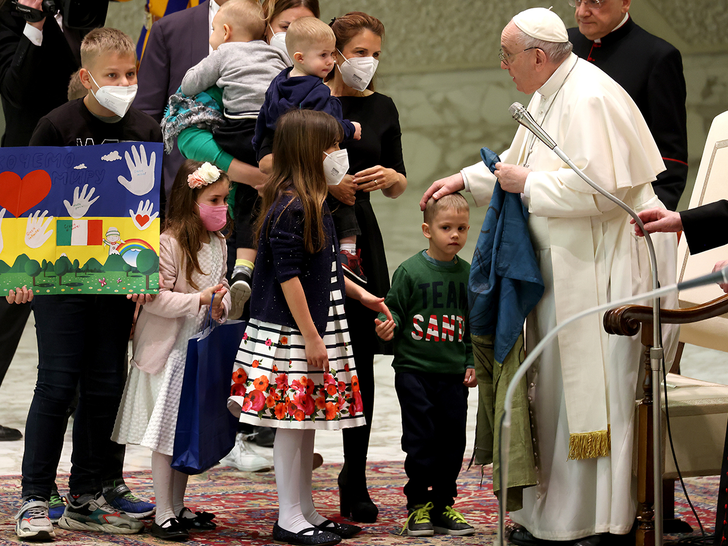 The Pope decried a lack of support from the United Nations. He’s been considering a trip to Kyiv … slamming Putin for the destruction he’s caused.

It’s all but certain the Pope’s pleas will fall on deaf ears. Putin is committing genocide on Ukraine … slaughtering civilians, including hundreds of children, not to mention destroying city after city..