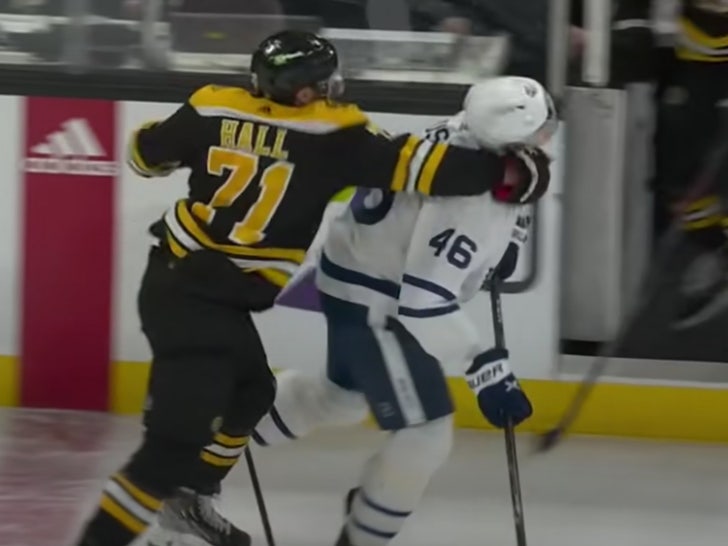 Boston Bruins star Taylor Hall — a former league MVP — was so pissed about being shoved into the boards during a game Tuesday night … he retaliated by sucker punching the dude who pushed him.

The wild scene all went down late in the second period of the Bs’ tilt with the Maple Leafs — after Ilya Lyubushkin hurled Hall face-first into the wall as the Boston winger was trying to cross the midline.

You can see in footage of the play, Hall clearly thought the shove was unnecessary and dirty — so he ran up from behind Lyubushkin and socked him in the jaw.

The Leafs defenseman went down hard — and stayed on the ice for several seconds before he wobbled off into the locker room.

No word on if Lyubushkin suffered any serious injuries in the play — but he was unable to return to the game. Toronto said in a statement afterward that the 27-year-old was being held out for “precautionary reasons.”

The NHL, meanwhile, has already announced punishment for Hall over the swing — saying it’s fined the 30-year-old $5,000 “for roughing” Lyubushkin.

Lyubushkin’s team was able to get the last laugh on Hall on Tuesday, though, coming away from the game with a 6-4 win.