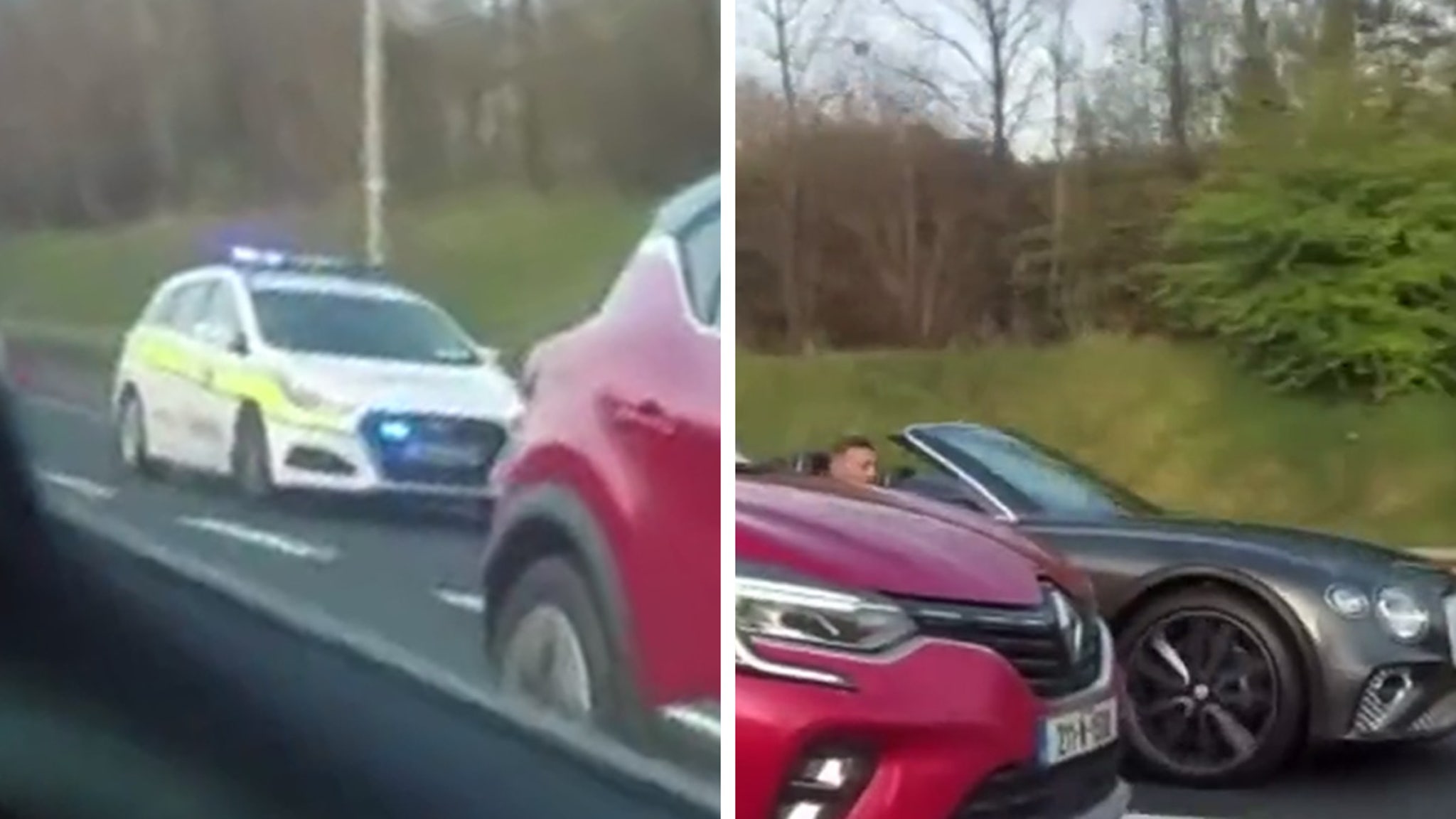 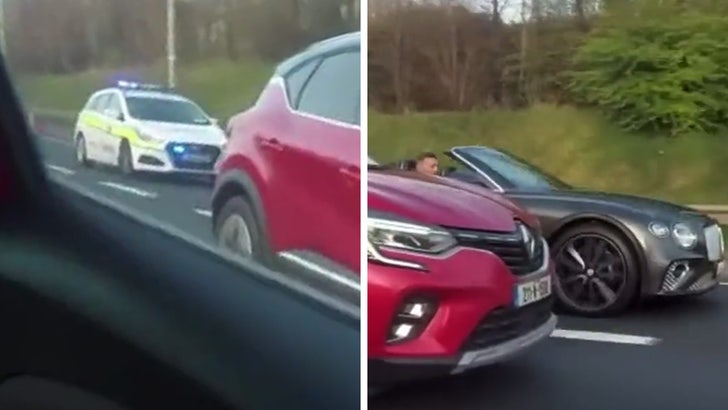 The moment Conor McGregor, driving his convertible Bentley, was pulled over by Irish cops for traffic violations was caught on video by a group of “Notorious” fans … just minutes before the UFC superstar was arrested.

The video clearly shows 33-year-old Conor driving his $200K+ Bentley Continental GT neck-and-neck with another car on the Dublin highway … when moments later sirens are heard, and a white squad car is behind McGregor.

It’s unclear how fast Conor was going at the time of the video — the two cars in the lanes next to him are going at the same rate of speed. Still, McGregor doesn’t look like he’s sweatin’ the run-in with police. 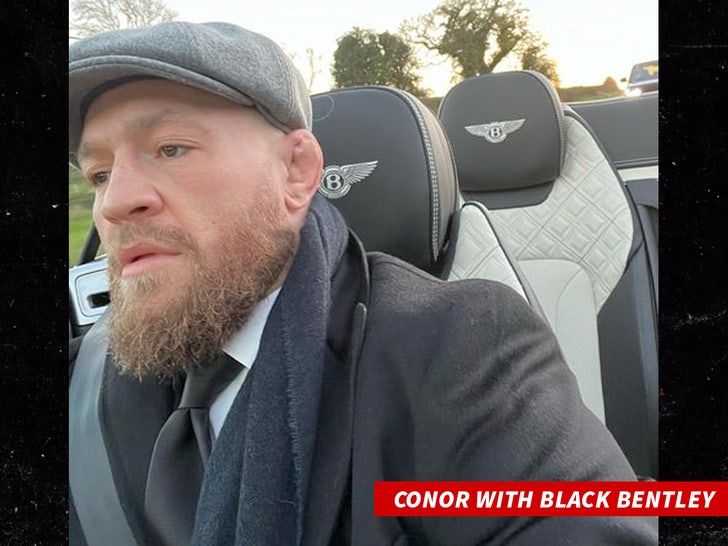 The clip then ends … but as we previously reported, Conor was taken into custody for several traffic violations. His pricey car was towed.

While at the station, McGregor was administered drug and alcohol tests, which he passed, according to his rep.

McGregor, who’s still recovering from his broken leg, was later released on bail.

Although it’s not the worst thing Conor’s been accused of over the years, he could still face 6 months in jail, if convicted, according to the Irish Independent.

Conor’s been spending time in Ireland over the last few weeks … and has been seen around Dublin in his drop-top Bentley.