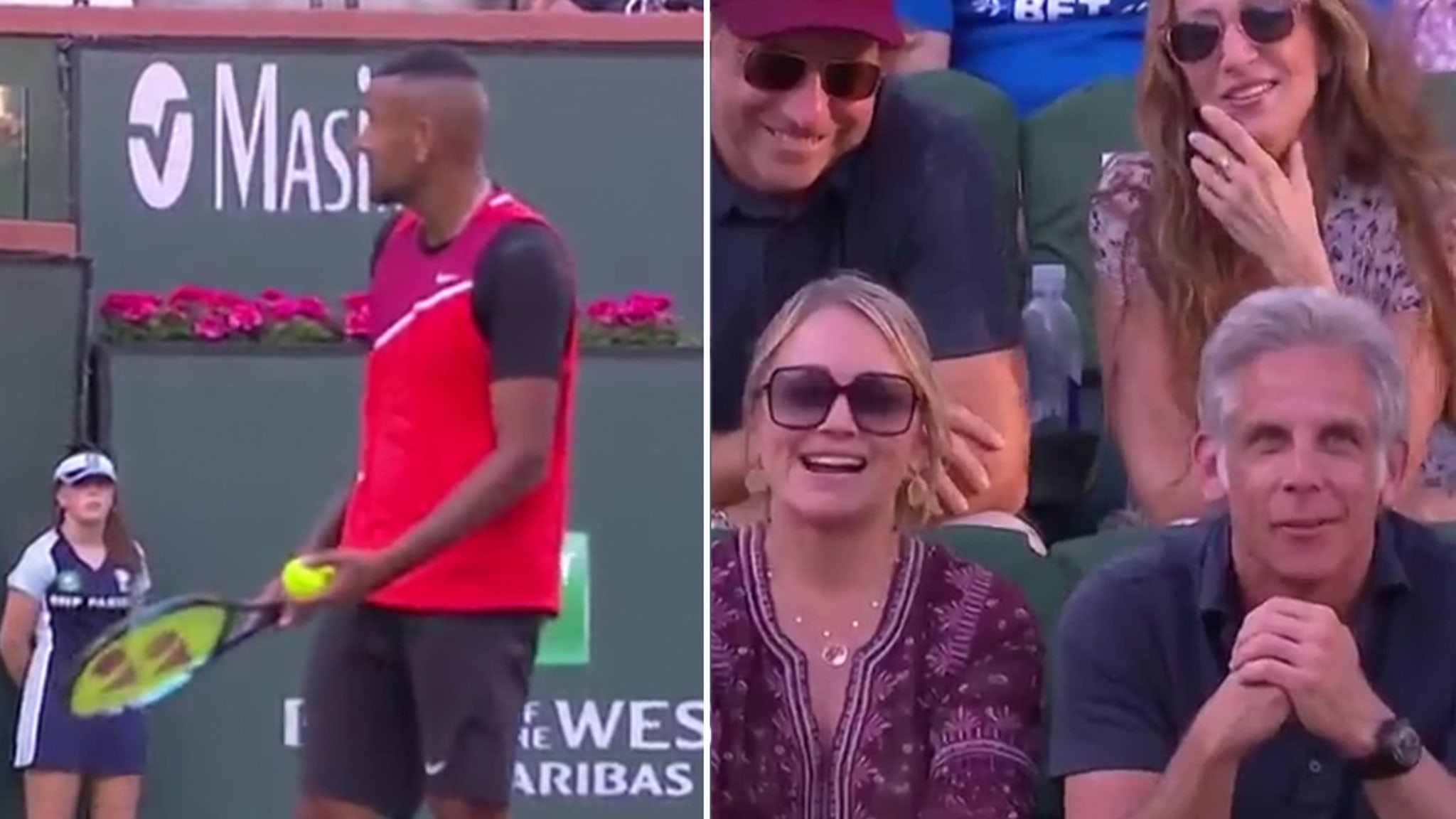 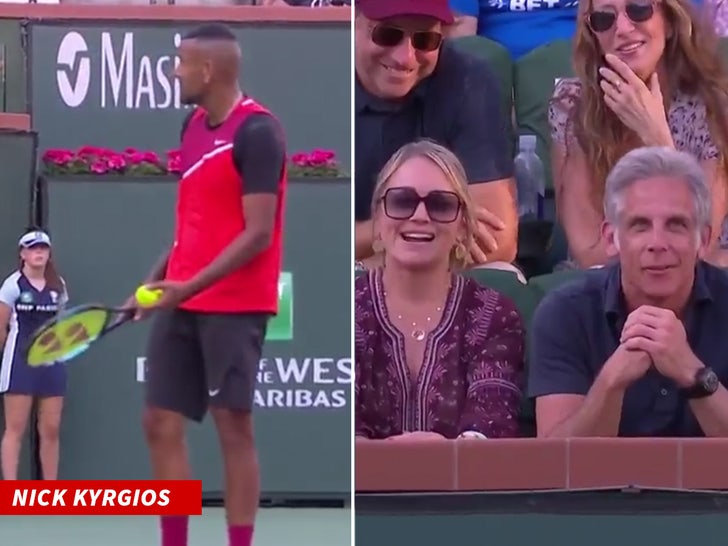 Ben Stiller got dragged into a beef between tennis star Nick Kyrgios and a heckler at a famous tournament on Thursday — and the scene was hilarious.

Here’s the deal — at one point during Kyrgios’ match against Rafael Nadal at Indian Wells in California … the Australian hit a serve that caused a fan to talk some trash.

Kyrgios fired back right away — asking him straight-up, “Are you good at tennis!?”

When the fan responded, “No,” Nick went off.

Then, he brought Stiller — who was sitting courtside with his wife, Christine — into the equation.

Kyrgios went back to action on the court — but broadcast cameras caught Stiller grinning over it all.

Kyrgios went on to lose to Nadal — and then he continued his eventful day, by nearly nailing a ball boy with his racket in frustration.

Check out the clip — Kyrgios shook hands with Nadal after the match, and then as he started to walk away, he wound up and threw his racket across the court — nearly hitting the ball boy who was standing along the wall.

Fortunately for the guy, he wasn’t hurt, but it was a close call and even drew gasps from the fans left in the stands.

Kyrgios, however, did make amends for his mistake … and apologized for almost striking the guy.

“Hey bro! Sorry about my racket incident at the end! Complete accident, you all ok from it?” Kyrgios wrote in an apology he posted on Twitter. 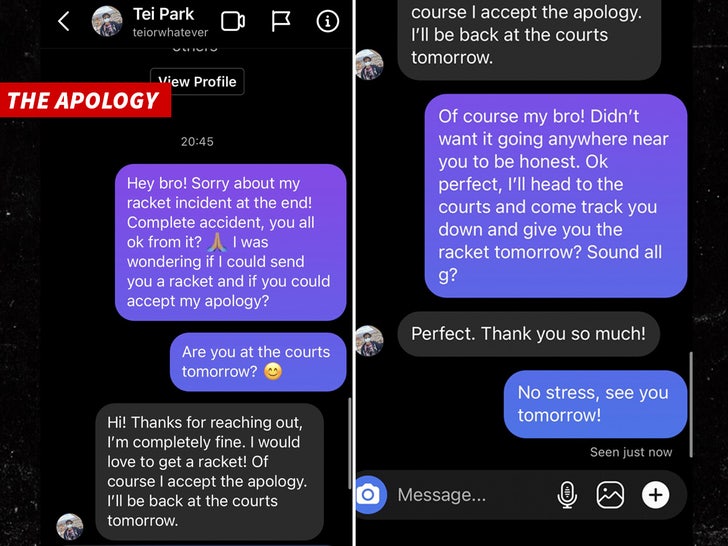 Nick then offered to give the guy a tennis racket over it all … saying he’d track him down if need be at the courts, so he could personally deliver him the gift.

“Sound all G?” Kyrgios asked the guy, to which he replied, “Perfect. Thank you so much!”

Of course, this isn’t the first time we’ve seen Nick have a temper tantrum almost result in someone getting hurt.

Back at the Australian Open in January, Nick smacked a loose ball because he was upset … and it ended up nailing a kid in the crowd who started crying immediately after.