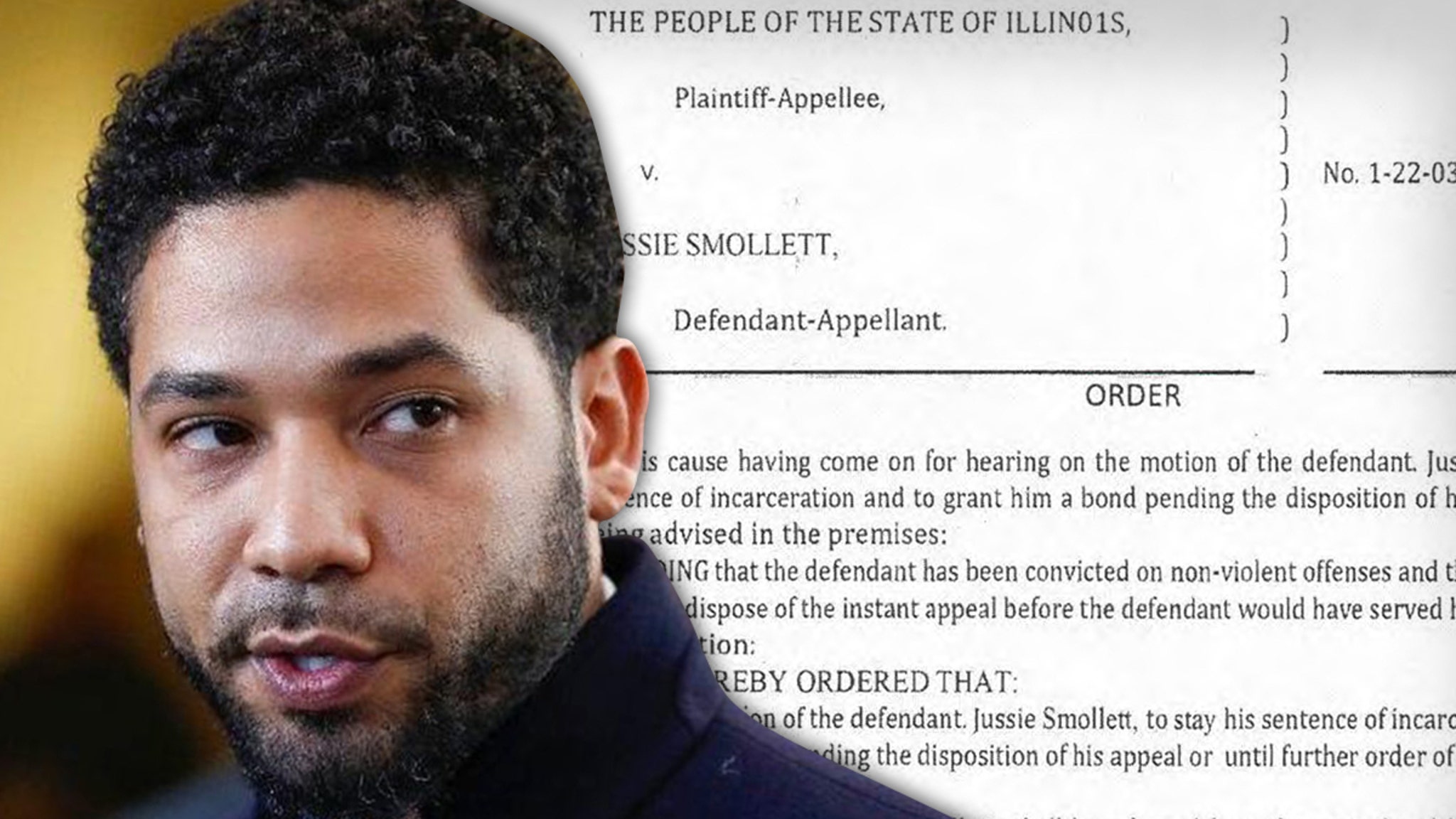 Jussie Smollett is going free — at least for now — while he tries to get his sentence for the hoax attack overturned.

The appeals court ordered Jussie’s release during the appeal process. He’s being released from Cook County Jail on his own recognizance, but if he misses any future hearings it’ll cost him $150,000. It’s unclear when exactly he’ll be walking free.

Clearly, the state isn’t happy with the decision … its response to the ask for release reads, in part, “Rather than attempt to meet his burden of showing good cause for his immediate release, Mr. Smollett makes only cursory, woefully undeveloped arguments. Each fails to demonstrate good cause to stay his jail sentence.”

As you know, Jussie had begun serving his 5 months last Thursday — and immediately after the judge sentenced him he was defiant … shouting he was innocent and raising his fist in the air as he was taken out of court in handcuffs.

His defense team and family members never stopped pressing for his release, though … claiming Jussie was in physical danger while behind bars. They cited racist and homophobic threats they’d received, and also said Jussie was immunocompromised … and highly susceptible to contracting COVID-19 while in jail