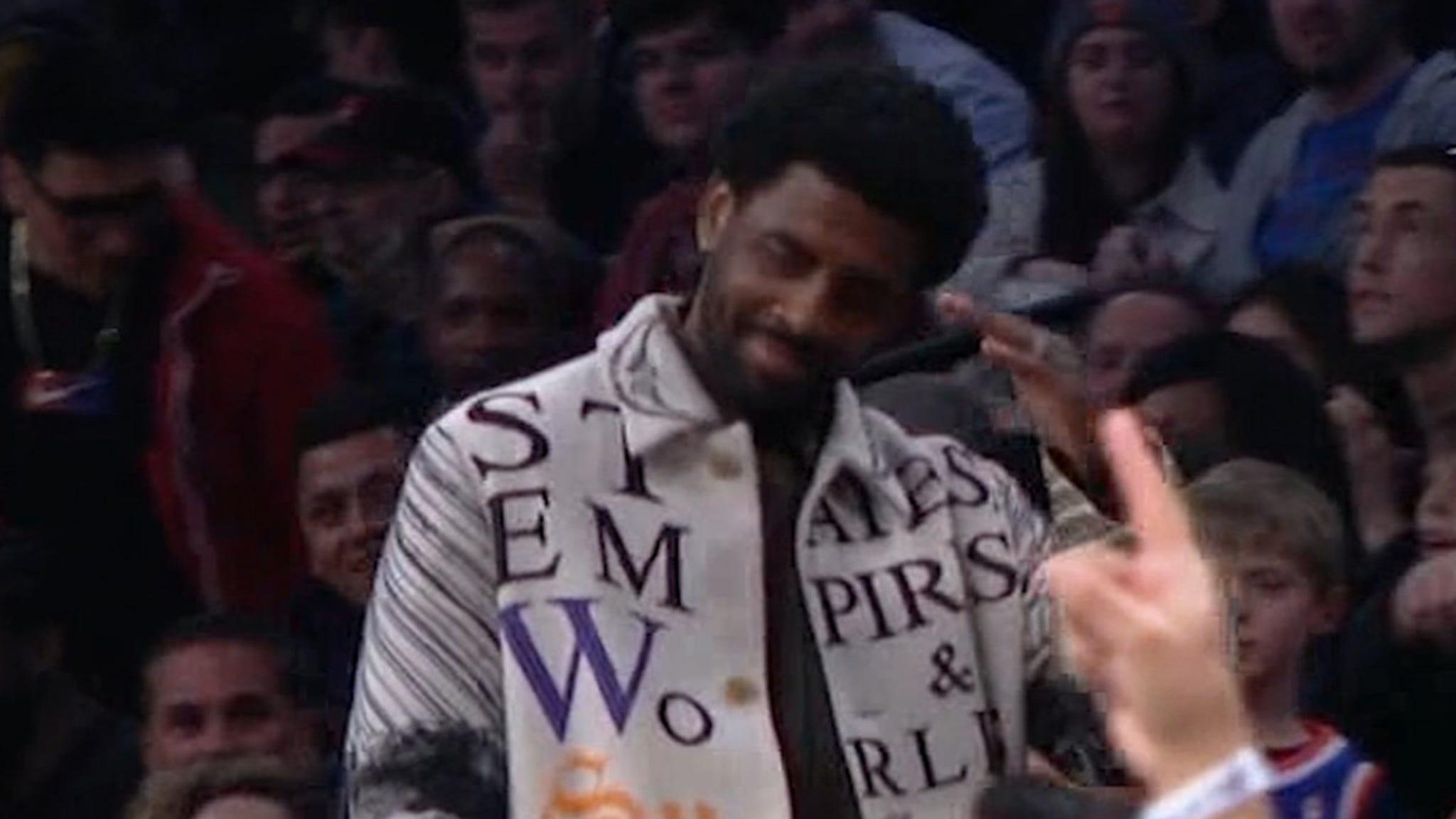 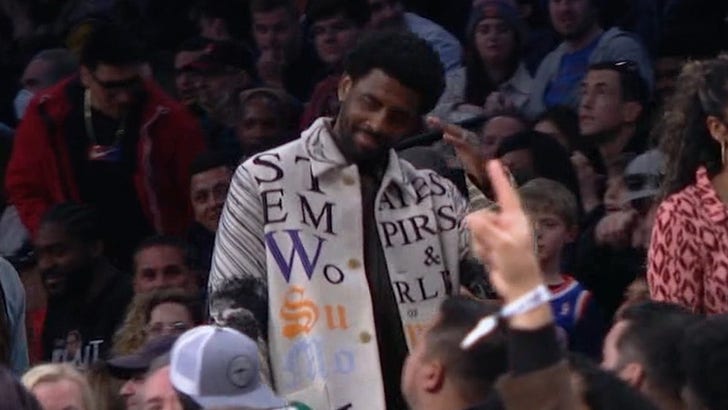 Kyrie Irving is throwing NYC’s vaccine mandate policy right back in its face on primetime TV — taking in a home game, maskless, from the stands … but not able to step onto the court.

The awkward scene played out live Sunday during the Nets’ home game against Knicks … which was being carried by ESPN. During the 2nd quarter, the camera panned to KI, who was shaking hands with people down near the bottom of the stands, and then going up to his seat a few rows up.

Brooklyn’s Kyrie Irving is expected to sit courtside to support teammates at Nets-Knicks on Sunday afternoon at Barclays Center.

Irving is able to attend the game as a spectator, move freely, maskless … but cannot play due to private sector mandate.

In this capacity — as a spectator — he’s totally okay to not wear a mask and move about … as that is now NYC’s policy on events like this, regardless of vaccine status. However, their rule pertaining to private employees hasn’t changed — namely, those folks have to be vaccinated, and Kyrie still isn’t.

Still … the irony of the sitch reeks of hypocrisy, but more importantly … it reeks of a lack of common sense, something that Doris Burke and other announcers broached with trepidation … because, if we’re being honest, the regulations here just don’t make sense anymore. 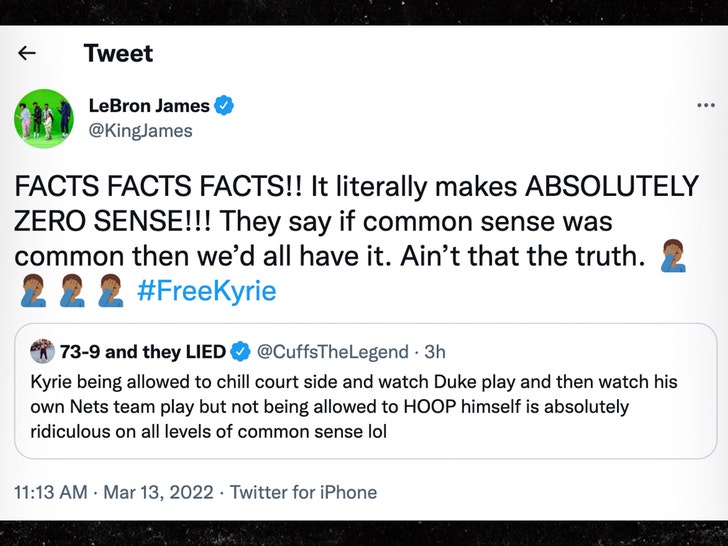 Kyrie’s former teammate, LeBron James, was not as shy about expressing his indignation over NYC’s backwards thinking. In response to someone pointing out what a joke this is, he wrote … “FACTS FACTS FACTS!! It literally makes ABSOLUTELY ZERO SENSE!!! They say if common sense was common then we’d all have it. Ain’t that the truth.”

LBJ has been outspoken on the pandemic, especially the further into we’ve gotten — remember, it was just in December that he suggested the latest strains were more like the flu or the cold than anything else … something he was slammed for at the time, as some felt he was downplaying the seriousness of the virus.

Still, as more time goes on — it seems more people are willing to say how they really feel … and on the topic of Kyrie, it’s clear many think he should be allowed to play by now, jab or not.