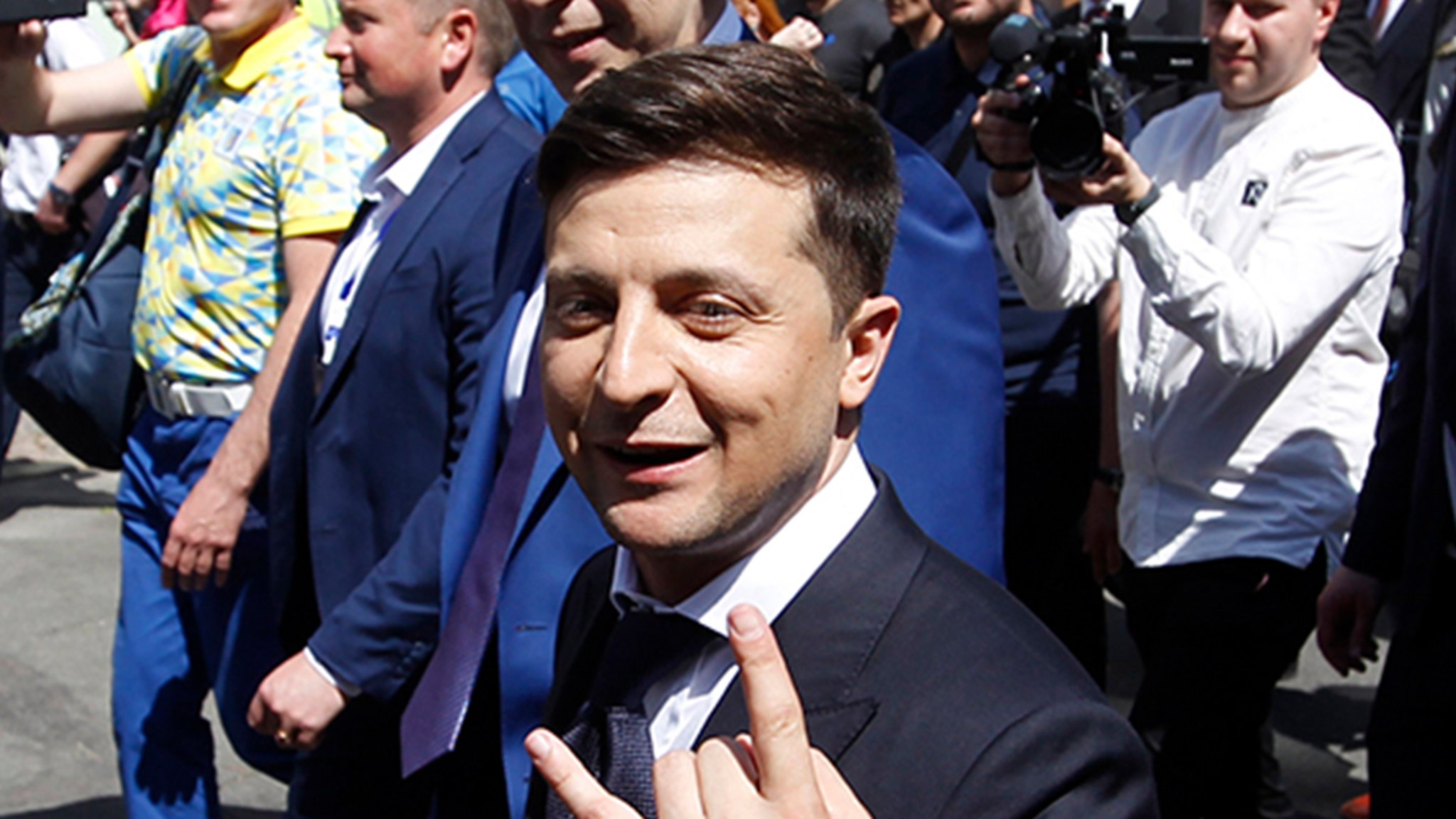 Ukraine is under attack, and while you might think its President would get the hell outta there ASAP … Volodymyr Zelenskyy is doing the exact opposite, sticking around to fight.

Ukraine’s fearless leader is showing his guts by staying on the ground in and around Kyiv — the nation’s capital — and making sure his people know … he isn’t abandoning them in a time of crisis.

“All of us are here protecting our independence of our country.”

Case in point … AP reports that sometime on Friday, Zelenskyy turned down an offer from U.S. officials to flee the country — apparently with their help — and instead told them … “The fight is here; I need ammunition, not a ride,” per sources familiar with the convo.

He later posted a video of himself next to fellow cabinet members in the middle of the night, assuring everyone there he hadn’t fled — contrary to reports, it seems — and that he was dedicated to staying in Ukraine as long as possible to defend their sovereignty.

VZ threw up yet another video on Saturday morning echoing the same sentiment.

He said, “I am here. We are not putting down arms. We will be defending our country, because our weapon is truth, and our truth is that this is our land, our country, our children, and we will defend all of this.”

BTW, reports say the Ukrainians are actually holding their own in the battle — and, in some cases, are actually fending off Russian soldiers pretty well with the forces they currently have.

.@ZelenskyyUa says Ukraine has gotten Europe to agree to cut Russia off from SWIFT. “This is an important victory. It means billions & billions in losses for Russia. That’s the cost of its backstabbing invasion.”
(Germany reportedly supports a “targeted” partial SWIFT cutoff) pic.twitter.com/o9pAVr3OPC

Zelenskyy further addressed Ukrainians Saturday with some encouraging news — saying he’d gotten reassurance from neighboring countries that they’d help feed oil to Ukraine during this fight … and not just that, but he also announced Russia had, in fact, been nixed from SWIFT.

SWIFT is an international banking communications system that Russia — and a ton of other countries — rely on to talk finance and money … and removing them will further isolate Putin beyond sanctions already in place, with more consequences likely to follow.

Had a phone conversation with @BorisJohnson. Grateful to the British Prime Minister for his position, new decisions to enhance the combat capabilities of the Ukrainian army. Agreed on further joint steps to counter the aggressor.

It also sounds like President Zelenskyy has been on the horn nonstop with Western allies — many of whom, including the U.S., are vowing support via resources and in some cases … on-the-ground troops if needed.

It’s a tricky situation, because a misstep here can unleash an all-out world war — but all things considered … Zelenskyy is navigating this as best as possible, and in many cases … being hailed a hero for leading his people through a turbulent situation.

Here’s the crazy part about Zelenskyy’s tenure — the guy is actually a comedian/TV star who actually played the Ukrainian Prez on his own show years before he manifested that into the real thing. He’s been likened to Jon Stewart with his biting satire … and now, he leads a war-torn nation in real life.

With all that in mind, it’s incredible to see how well he’s doing … and the bravery displayed.