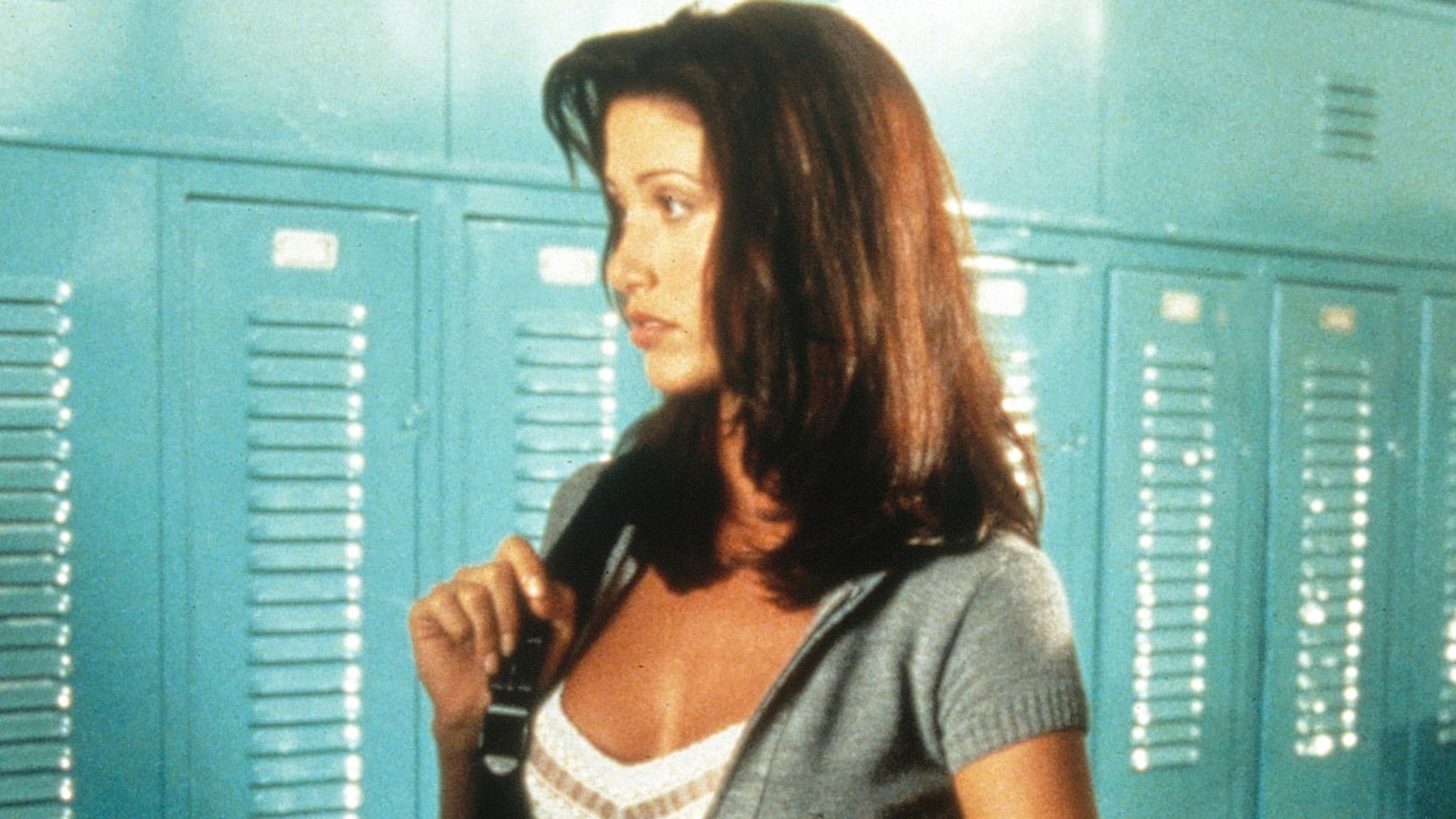 Houston born hottie Shannon Elizabeth was only 25 years old when she was cast in her breakout role as the foreign exchange student Nadia — who is illegally recorded changing by the creepy high school classmate Jim — in the 1999 teen comedy “American Pie” and the 2001 follow up “American Pie II.”

The high school movie was packed with notable actors including Alyson Hannigan as the flute enthusiast, Michelle Flaherty, Seann William Scott as the macho BFF, Stifler, Tara Reid as the timid virgin, Vicky … and of course Jason Biggs as the inappropriate student with a streaming service, Jim Levenstein.