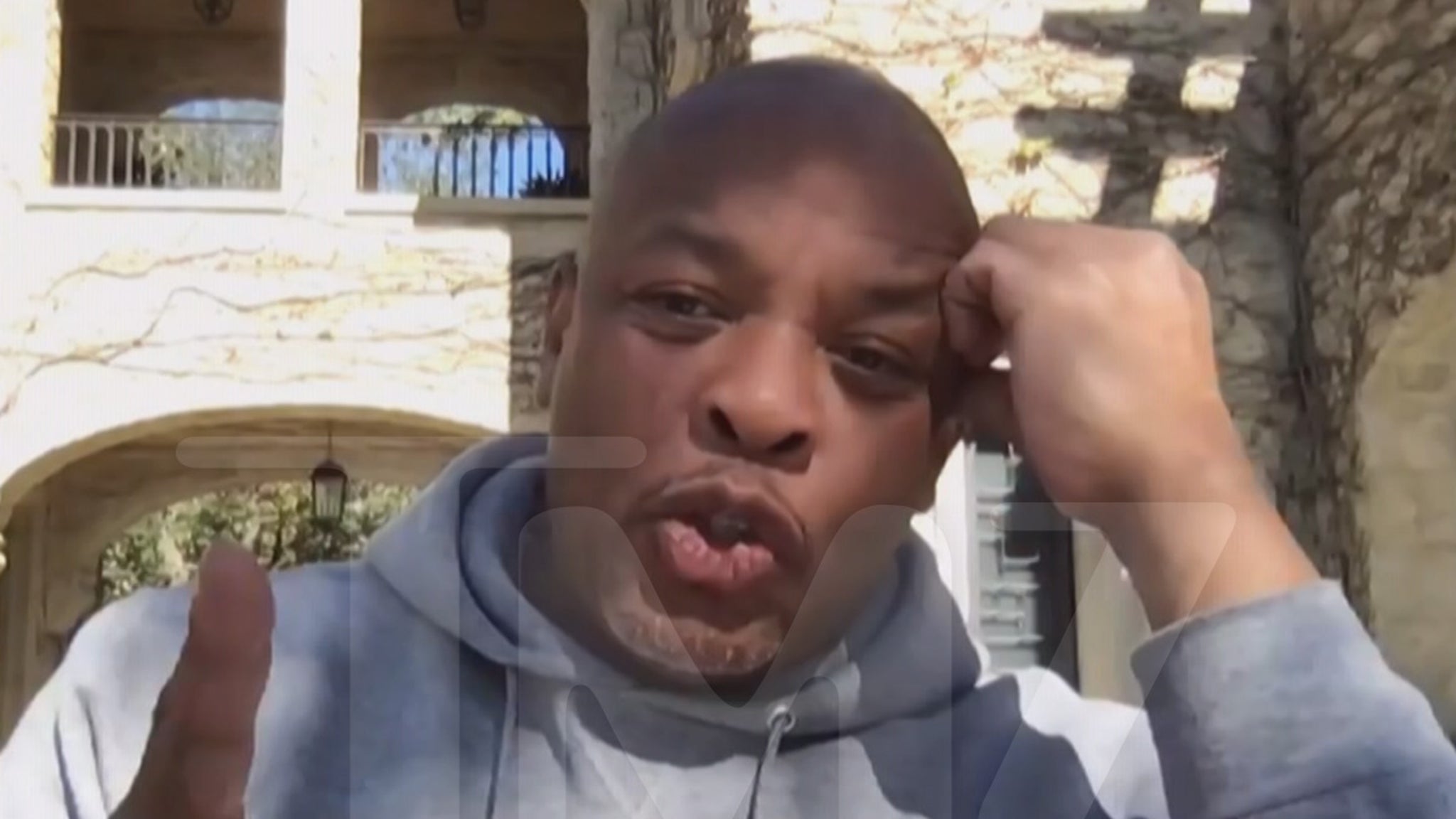 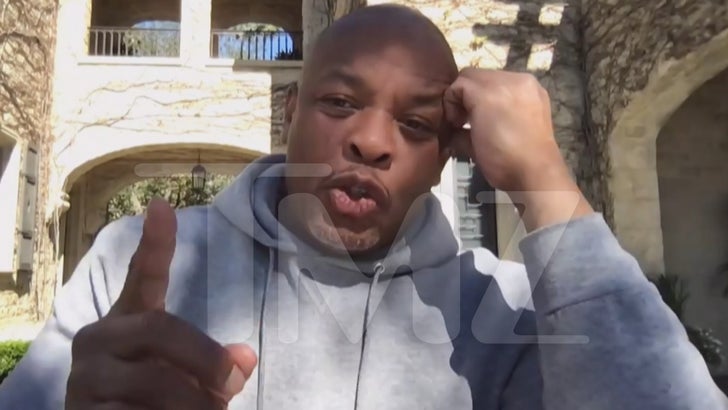 Dr. Dre has no problem admitting it, he’s a little hungover after celebrating his Super Bowl Halftime Show performance — one of the best ever — and he says the party is STILL going!!!

The D-R-E joined us Monday on “TMZ Live” and, in his own words, he was still “buzzing” about what he, Snoop Dogg, Mary J. Blige, Eminem and Kendrick Lamar pulled off on Super Sunday.

First off … that amazing performance. Dre says he went into rehearsals expecting the NFL to heavily censor the songs, but was pleasantly surprised that they only made “minor changes” — among them, Kendrick’s reference to specific L.A. gangs.

Dre says he gets why they called for that to be removed.

Eminem took a knee during the #SuperBowl halftime show

As for Eminem taking a knee as an homage to Colin Kaepernick — Dre says that’s something Marshall decided to do on his own, and he never heard the NFL say a peep about it.

After the show, Dre told us they were all feeling the love from roughly 70,000 fans inside SoFi Stadium — not to mention the millions upon millions watching around the world.

He says he toasted their success with a dinner, and then went to his house to hang with friends … including Don Cheadle and Mary J. BTW, he broke some big news about her!!!

And, then he gave us the scoop on his own personal celebration that involved a fast-food run. You gotta see this … Dre says his trainer’s gonna be pissed, but hey … we can all agree the Doc earned himself a large order of fries. Right?

Safe to say, Mickey D’s did NOT forget about Dre!!!