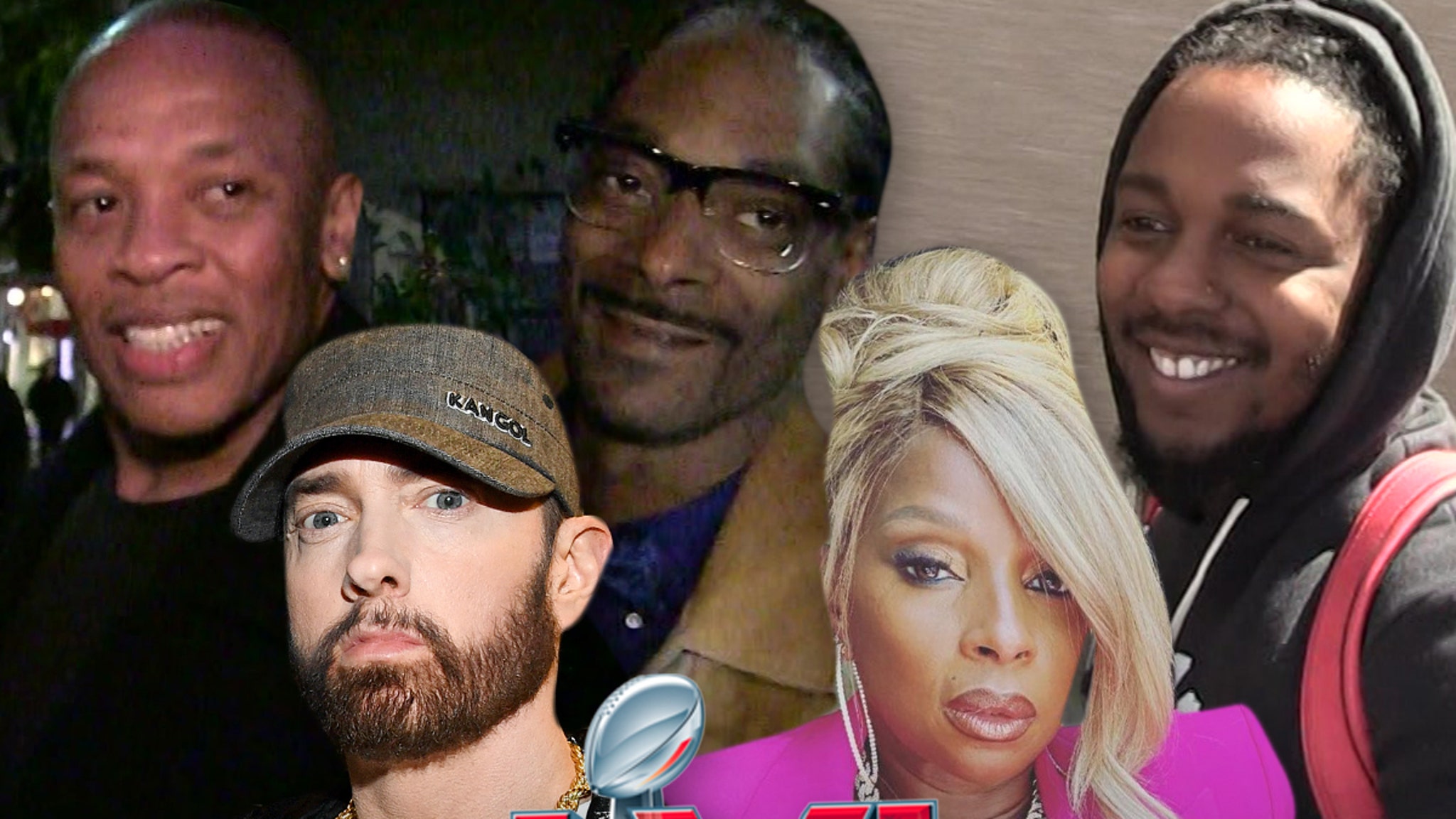 The Super Bowl is still a few weeks away, but you can start losing your minds for the halftime show now … ’cause the official trailer for the big event just dropped — and it’s awesome!!

Dr. Dre, Eminem, Snoop Dogg, Mary J. Blige and Kendrick Lamar are set to share the stage on February 13 … which, understandably, has a ton of people hyped.

Pepsi just added to the anticipation by releasing a nearly 4-minute Hollywood film-style clip dubbed the “official trailer” … featuring all the performers getting “the call” and preparing to hit up L.A. for the show.

Watch these five music titans get ready for the #PepsiHalftime Show on Feb 13th.

The vid shows Em, Snoop, MJB, Kendrick and Dre all leaving their daily lives to join forces outside SoFi Stadium … with Dre moving all the pieces in a big game of chess.

The visuals are nuts … and if it’s any indication as to how the real halftime show will go, we’re in for a treat.

Can we please fast-forward a few weeks??