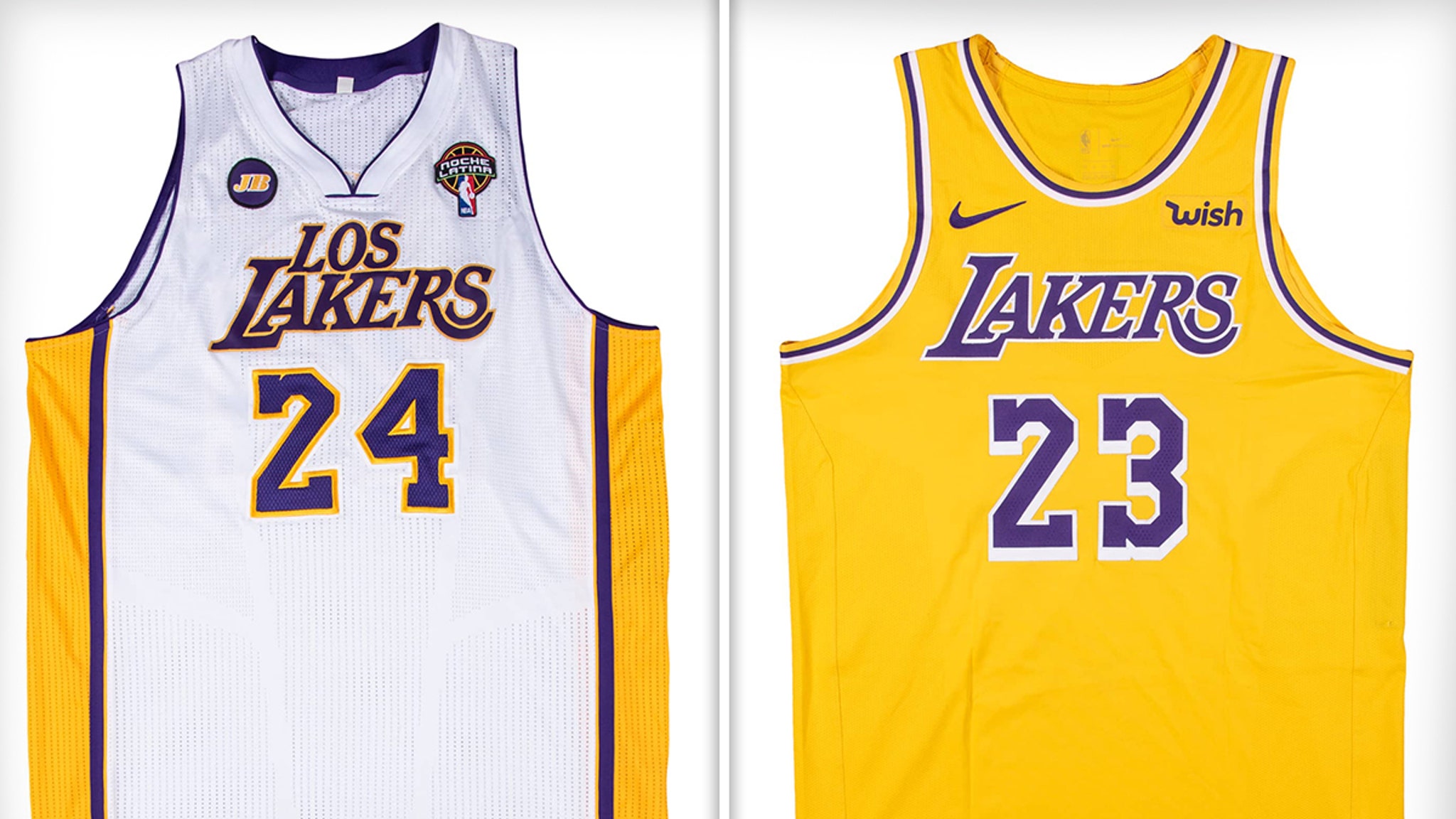 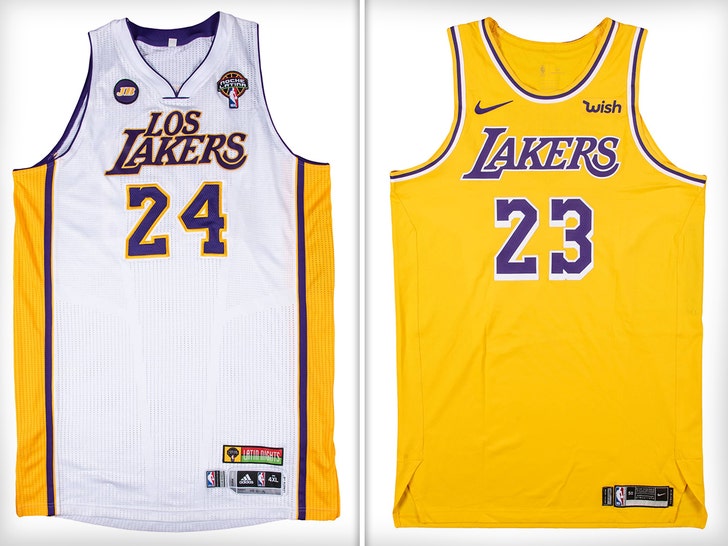 The white Bryant one is ultra-rare — it’s a “Noche Latina” Lakers uni that the Mamba wore when he played against the Bulls back in 2013.

The jersey features “Los Lakers” stitched onto the front for the Latin-themed night — and, on the back, Bryant signed his name in white inside of the 2. 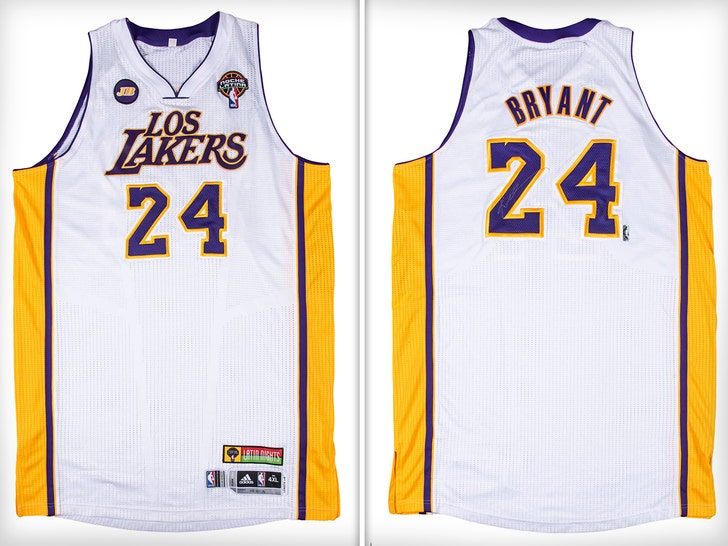 James’ jersey, meanwhile, doesn’t come with an autograph … but what makes it so unique is that it’s a uniform he wore several times during his first season as a Laker. 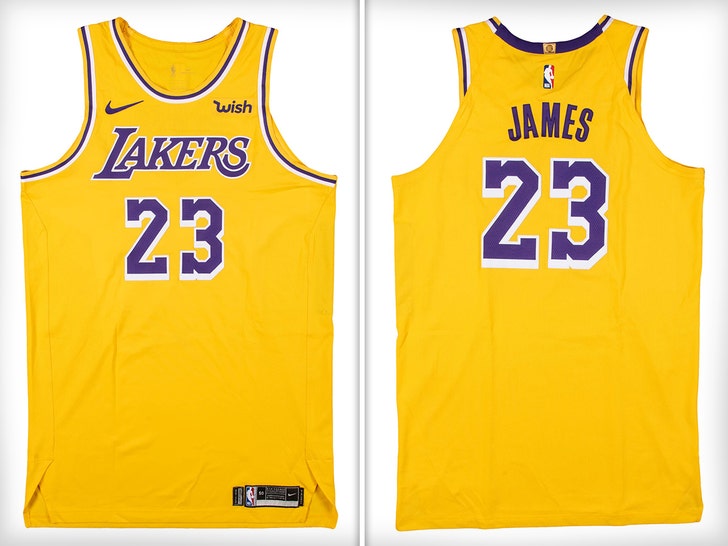 The guys at Goldin, which is running the auctions, tell us the 37-year-old actually wore the uni for six games in the 2018-19 season — recording three triple-doubles and a 36-point game with it on.

Both pieces are now on the auction block — and we’re told the Bryant jersey may go for $125k while James‘ could go up to $150k.

The auctions are set to close next month … happy bidding!