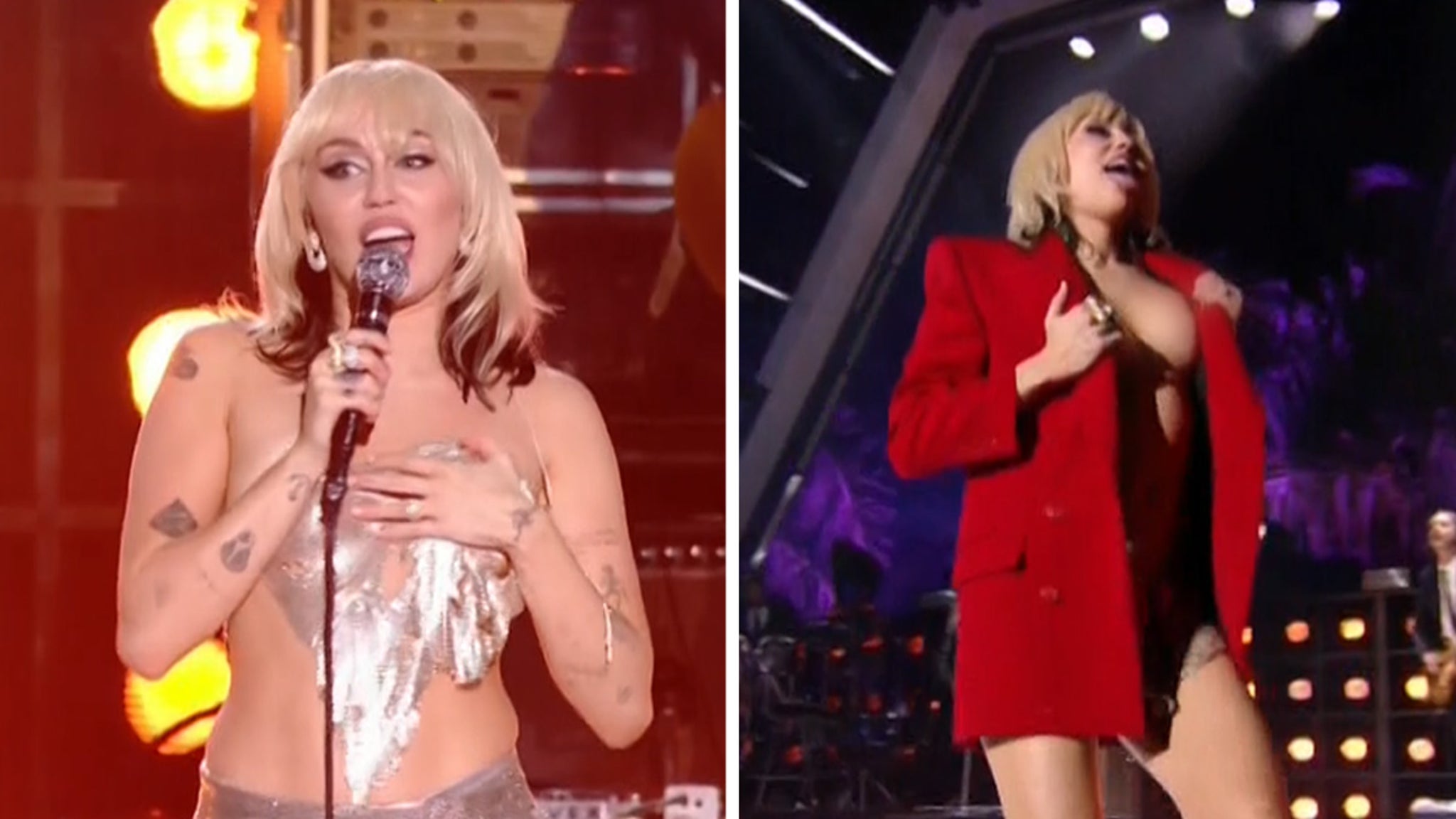 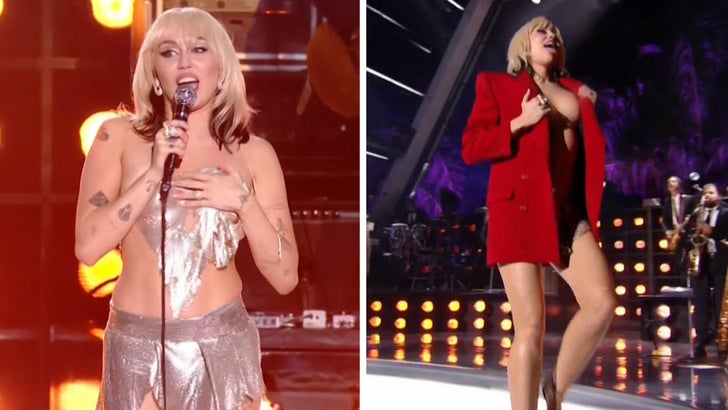 Miley Cyrus‘ wardrobe malfunctioned during her New Year’s Eve TV special, but she figured out a way to keep the party going as she regrouped … but just barely!

She was singing “Party in the U.S.A.” when her top was barely hanging on by a thread and she had to clutch it to ward off an FCC disaster. Miley sauntered backstage as the band played on, and then returned in a red jacket. 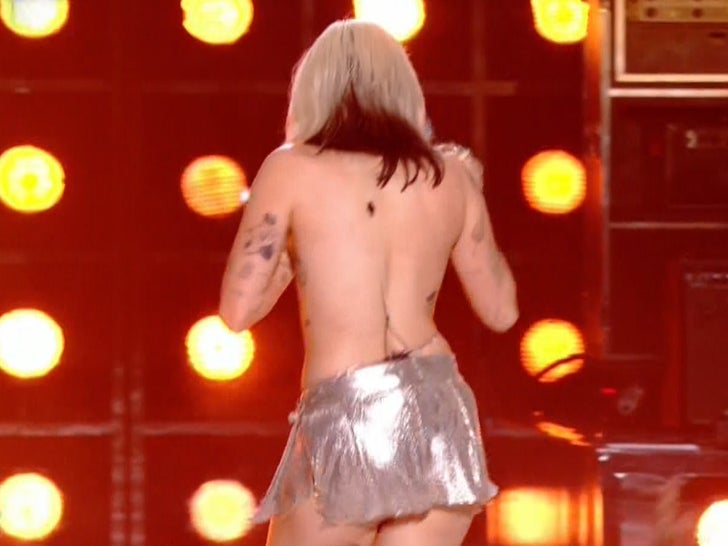 “Everybody’s definitely looking at me now,” Cyrus said, adding, “I’m still in the most clothes that I’ve ever worn on stage.”

You’d think the jacket would solve the problem, but far from it. Later, after “Party,” Saweetie joined Miley on stage and the unbuttoned jacket almost revealed too much for S&P. 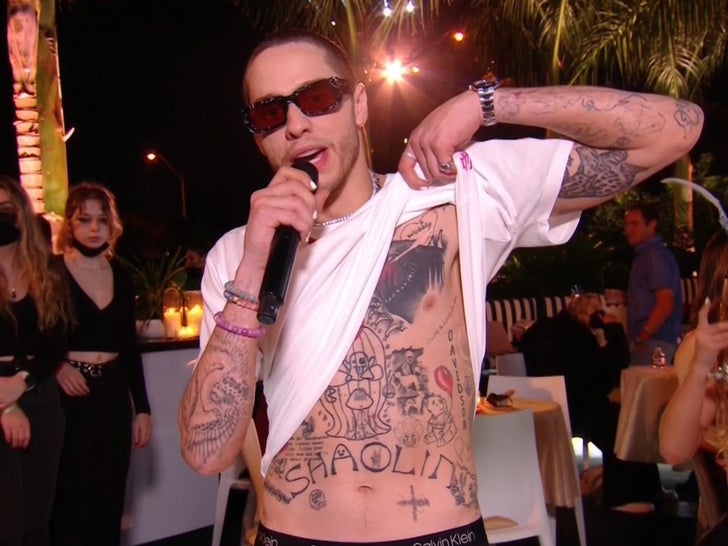 Pete Davidson, Miley’s co-host, decided to show some sympathy later in the show by lifting his tee, revealing a nipple … which the crowd loved! 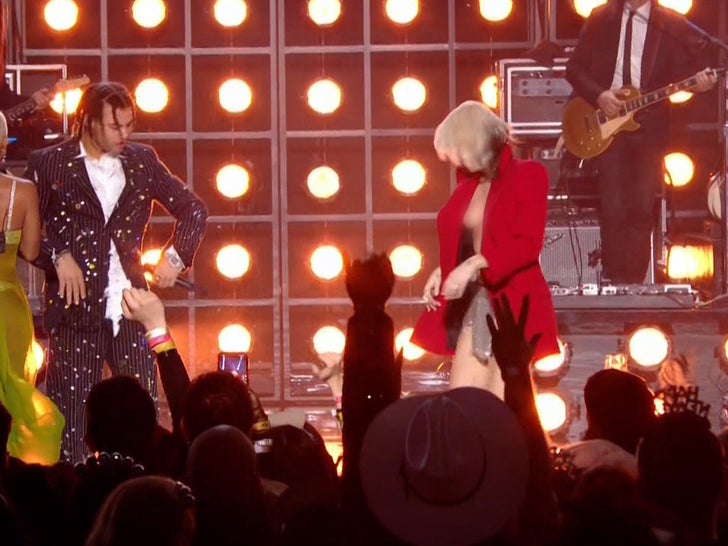 It was actually a tough night … some of the musical acts bowed out because of COVID. Miley addressed it at the end of the show, saying, “Tonight’s show was all about being flexible, rolling with the punches, and making the best out of even the worst circumstances.” She went on … “Let’s bring that into the New Year with us.”